EXTRACTS is a section in which we share excerpts from texts published by Temblores Publicaciones, Terremoto’s publishing house. We present our second extract, “Margarita Cabrera’s Presentation Speech at the Desert Botanical Garden in October 2016” from Space in Between, a catalog of the homonymous show by artist Margarita Cabrera at ASU Art Museum and Desert Botanical Garden in Phoenix, Arizona. 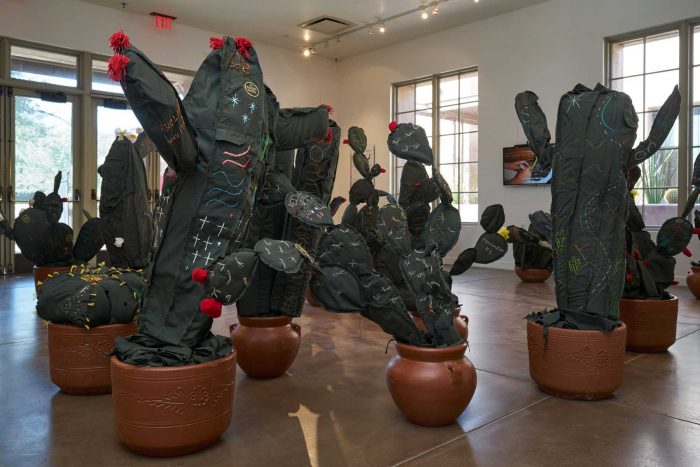 It is a beautiful October night to be celebrating with all of you in this extraordinary desert botanical garden. A garden of plants, culture, and spirits—a garden without borders. I want to begin this evening by thanking, and applauding Julio César Morales, curator of ASU Art Museum, for bringing space in between to Arizona. It is his work and that of other curators in important venues that make inclusive diversity possible in artistic and cultural environments. True diversity, within exhibitions, goes beyond placing Latin American art as aesthetic and conceptual products in museums and galleries, but also works to build a greater presence of people and the cultures that this Latino art represents the desert botanical garden and ASU art museum, as well as all the participating organizations: Cala, SWK, Scottsdale Prevention Institute, Border Art and more, have been exemplary in creating true gestures of hospitality towards immigrant communities through this artistic collaboration. The efforts of these organizations should be celebrate not only for the artistic importance but for the social impact cultural institutions are having in local and national artistic communities.

My name is Margarita Cabrera and it is my privilege and honor to be here tonight celebrating a true collaborative success with the Space in Between participants from Arizona, their families, all volunteers and supporting communities.

Together we became part of an ongoing artistic production, Space in Between, which started back in 2010 in Houston Texas, and has traveled to different communities in North Carolina, New Mexico, and now here in Arizona where I work in community to creatively discuss, through artistic sculptural forms, American Latino immigrant stories.

Tonight, we celebrate Nepantla, which is Anáhuatl word that refers to “A Space in the Middle”, the transitional Space in between two countries, the space between culture and people, the space between breaths and spirits. This Space in Between is transitional, where possibilities happen, where change happens, and it is a space that we all know well.

All of us here tonight have an immigration story of our own, or one of our parents, or great grandparents who came to this country out of necessity. We all have an immigration story that unites us in perseverance, hope, and survival—we are all Nepantleros here tonight and this is something to celebrate. As an artist, I believe art is a reflection of a given moment in history, and so it can be viewed sometimes as a meaningful artifact, or a memorial, but I believe it must be more than that: it must be an instrument of change.

Our Space in Between project took the form of a sewing and embroidery workshop which brought together everyone from school children and college students, local artists and organizations, to the Mexican consulate, museums, people from many countries including Japan, Austria, Central and South America, and many others.

As we collaborated to make Space in Between possible, we built relationships between:

Some privileged people
Some not so privileged
Some entrepreneurs and leaders making a difference servicing others in our community,
Some family members and victims of violence
Some included
Some excluded
Some detained
Some free to be
Some who fear every day
Some who laugh every day
Some wealthy
Some poor all working on Space in Between

We are all part of the Arizona community and we have found a way to come together creatively with our immigration stories instead of being separated by them. Each colored thread, embroidered on the fabric of those sculptures, outlines real life moments experienced by someone coming to the U.S. years ago, or maybe as recently as just last month.

Depicted in Space in Between designs are: moments of life and death, moments of struggle, desperation, and loss. Also, embroidered with color, one discovers stories of perseverance, of dreams, of hopes and solidarity, all sewn on the surface of border patrol uniforms.

The re-shaping, reforming, rethinking of the uniform of border patrol officers plays critical roles in the work of Space in Between. In the exhibition, the uniform plays as the protagonist, but also the antagonist in the American landscape, a contingent position on individual’s interpretation. To some it represents security, protection and freedom. And to many others, it represents power defined through fear and intimidation, restriction, and death.

In Space in Between, we respond to these opposing views with creativity, courage, honor, healing, natural growth and life, elements that we can find when we work as artful and wholesome communities treating each other with dignity, respect and acceptance. The memories and histories of survival embedded in the embroidery of these sculptures interweave us all into a shared past, present, and future.

Space in Between stories remind us that the U.S. is founded as a nation of immigrants, and that as citizens of corporate America, and consumers of household items, and farmed foods, and many services, we have many connective threads to immigrant communities in 3rd world countries and the realities in which they live and work.

U.S. American citizens of a country known as the highest producer of arms and home to millions of drug customers getting their supplies from south of the border, are connected to the realities our immigrant communities fleeing and therefore we are responsible.

I moved here from El Paso, one of the main entry points from Mexico to the U.S. and from where full airplanes and busloads of immigrant’s detained were being brought over to Arizona and other states to be housed in shelters while their legal case is being processed. Some detained will be united with their families if they obtain fair legal processing, but others will be deported back to their home country.

It breaks my heart to imagine what people have gone through to get here escaping the ruthless violence and indifference in the world and in their home country as a consequence of imperialism, violence and exploitation. To think that some of them will have to go back, where their lives are valued cheaply and where they will live in constant fear is unfathomable. This is inhumane treatment and I know no one here tonight would allow this towards their own loved ones.

This is a really disturbing situation and Arizona is a strong part of this divisive reality. Immigration is not just a local topic, it is a national and international issue connecting all of us here tonight to a global conversation taking place in many countries. In the past, there has been a strong anti-immigrant rhetoric coming from Arizona, and this state has made an impression on many and possible set the tone for other communities in other countries to act out of fear.

What can art do in our communities?

I believe we have done what art does best. Through a creative process of community art making, we have stimulated an artistic dialogue that revealed some of the challenging situations affecting our communities and have allowed different perspectives and points of view to be presented in a dignified and respectful way.

Tonight, our powerful Space in Between art installation here at the desert botanical garden, has allowed us all a creative platform to rethink an encrypted and aggressive rhetoric, as a positive and organic one of stewardship and respect towards our people, our cultures, and our shared environment. In the artwork, we have presented compelling immigrant stories that have permitted every one of us here tonight ponder

The immigration experience of many of our Latino community members; and that has helped us to confront and witness what is truly evident: that Latinos are a flourishing community of some of the hardest working people making a difference culturally, economically and politically in the U.S. communities. Our transformative immigration experiences lend themselves for us to be extremely adaptable and they also encourage us to thrive with potent artistry and vision.

I want to introduce you to all the talented Space in Between participants—Arizona’s Latino community members who worked together at the asu combine project space. For one month straight we produced sculptures, we laughed, we cried, we sang, and worked many after hours to get the sculptures finished for such a relevant artistic dialogue.

To all participants of Space in Between:

Friends and colleagues, I thank you from the bottom of my heart for the courage you’ve shown by sharing your personal stories with the artistic community of Arizona and with the Space in Between: for allowing yourselves to be vulnerable, to return to the past and open up about your wounds of loss and separation with which you put up with everyday, and for sharing your migratory experiences as members of the Arizona communities.

Together with the organizations that support our Space in Between project, we invite you to get a deeper understanding of the migratory situation through these stories and sculptures that we made together. This was also a great opportunity to get to know ourselves better, to accept big changes, to share knowledge, and to find empathy in others. We were able to experience one of the great powers of art: that of art as a tool that responds to our surroundings. Thank you for this opportunity, I love you, I admire you and I respect you for the sacrifice that you have made for your families. I am sure that everyone in our group at Space in Between will preserve your creativity and your stories as important members of the community.

I asked each one of our Space in Between participants from Arizona to share what they have taken with them from this community collaboration and their responses were:

I believe these words are a good description of the seeds we have planted in our community through our space in between project. It is my wish that all of us here tonight acknowledge the wisdom in this new desert botanical garden audience —our Latino communities— a wisdom that we all share tonight and that is here if we look inside and seek to find ways to nourish these community seeds of creativity and hope.

Thank you very much, and come right in!

Find this full text in the printed version of Space in Between here.

A todxs los participantes de Space in Between: 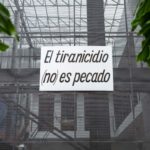 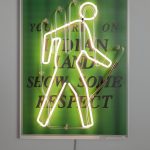 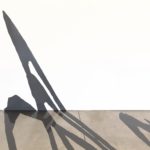 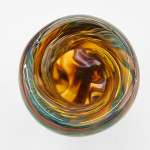