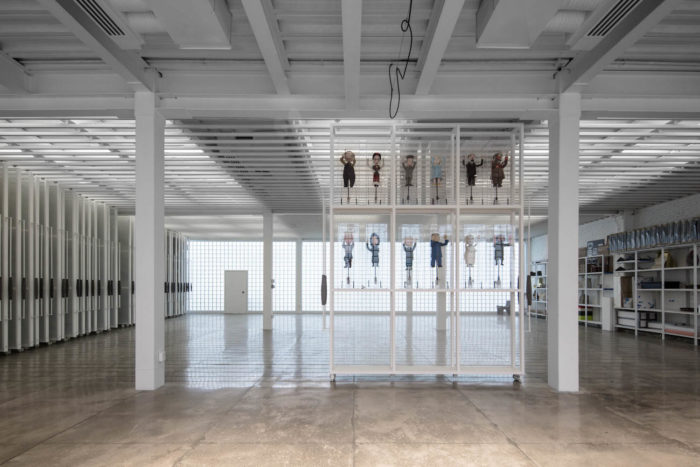 Terremoto: Instituto Alumnos’ main focus is education through art, specifically through contemporary art. What particular characteristics of this discipline are of the interest of Instituto Alumnos regarding the pedagogical field?

Bárbara Bang: Teaching in Mexico and other countries of the world, represents a challenge since the most innovative pedagogical tools are not always, or almost never, available for the teachers. Ideally, teachers should be the ones who promote individuality, cultural dialogue, and free, critical and creative thinking. Training educators with contemporary pedagogical approaches is the main interest of Instituto Alumnos.

The main characteristic of contemporary art that is of our interest as a pedagogical tool is that it moves away from indoctrination, allowing everything to be subject to questioning. Contemporary art questions the duty of art itself, the identity of oneself from quotidian life, the familiar, the collective and the universal. These questioning about the person and their place in space, works as a cognitive catalyst that allows, from the pedagogical point of view to rethink the values that are promoted from school and also form the extracurricular formation of the individual. 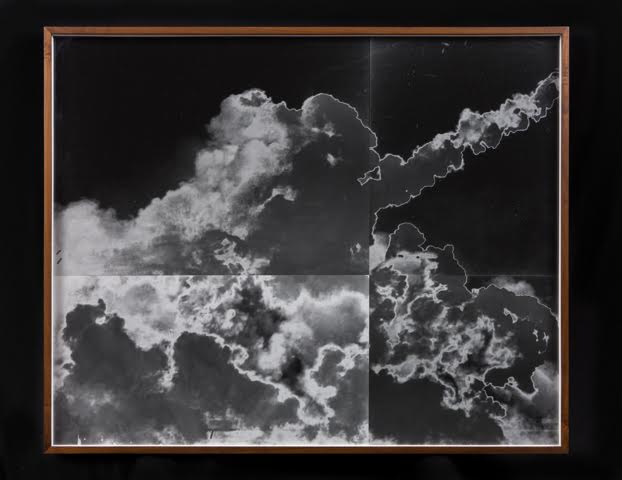 T: Under the neoliberal system, education is a tool of indoctrination for the benefit of a capitalist state, which, in its mediocrity, does not value or takes into account artistic and cultural education, for obvious reasons. As the inaugural program of Instituto Alumnos, Plasma, aims to educate from a pedagogy that works as a counterweight to the hegemonic educational system. The proposal starts with a selection of artistic objects that belong to Moises Cosío Collection. These objects will work as pedagogical axes during the seminar aimed to those interested in art-education.  The implicit assessment of art’s cognitive force in this initiative is responding to what? And in relation to the preview question, what are the approaches and questions that cross those selected works?

BB: I do not agree that in a capitalist world like the one we live in, neither artistic nor cultural education aren’t valued, in fact, cultural and intellectual capital are exploited to participate in this neoliberal frame. This world is based on institutional credentials and academic degrees. Plasmaaims to create a counterweight to this system by selecting a group of tutors with a diverse background, with both formal and informal art-educational practices.

Instituto Alumnos aims to facilitate the exchange of knowledge and the link between tutors and students through contemporary art objects from their cognitive value. The Institute selected tutors who stood out for their creative and experimental methods in order to navigate the different topics that address contemporary art.

The works with which we will be working are grouped under three discursive lines: protest, context, and society. Each tutor chose a work or several to implement their different approaches and questions, which are still being developed.

One of Instituto Alumnos’ missions is to study and leave space for research on art and education. We do not want that any specific method limits our experimental and creative possibilities. That’s why we’re giving complete freedom to the tutors on how they want to design their programs. 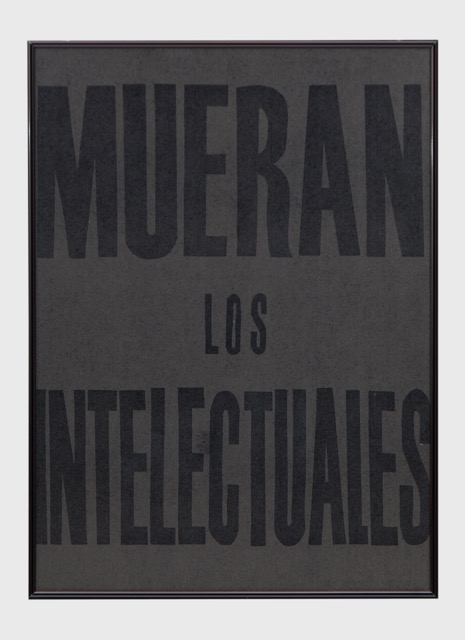 T: Likewise, in Plasma, there is a focus on the object-subject relationship: how to translate the artist’s process, it’s particular imaginative intuition that motivated the creation of their work from their experience of the world to a language capable of generating horizontal and collective mechanisms for teaching and learning? In other words, how to translate the individual to the common?

BB: Each object that conforms the collection, and thereon on the ones selected for Plasma, come from the personal experience of each artist. Plasmafocuses its attention in generating a common reading that comes from the individual experience contained in each object.  This group conciliation will be introduced by each one of the tutors according to their art-education methods; that is, the tutors will function as mediators to generate ideas, experiences, and reactions based on the cognitive potential of each artwork.

T: During this first edition, Plasmaselected 5 Iberoamerican tutors. Tell us a little more about their profiles and the interrelation between their practices and the pedagogical proposal of Plasma.

Each one of them comes from different academic fields, both formal and informal. Within their pedagogical practice, the tutors seek to separate from the institution and the system by proposing an approach to the individual through a common reading. The five tutors fulfill the same mission of taking these practices out of the typical scene of knowledge and the common use of artworks, which is often limited to its economic and cultural value. We investigate their pedagogical value inside and outside the institutional and academic fields. 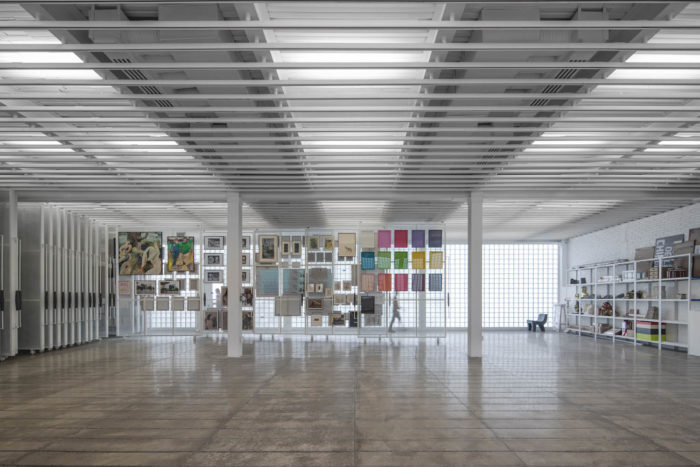 T: One of the great cultural problems in Mexico today is machismo and its misogynistic, cis-sexist and rape culture. Education in this country lacks the integration of feminist and cuir critical thinking and, fundamental axes of knowledge for the disarticulation of this machismo. In this context, in what way the selected works will allow an approach to this raw reality, which is urgent to tackle from education? How is it that art pedagogy allows us to erode the collective imaginary and the normalization of the heteropatriarchy’s toxicity through the symbolic?

BB: Tutors have the freedom to navigate these issues as they consider it more productive, either directly or indirectly. We are aware of the reality in which we live, and we are interested in approaching these issues in our curriculum and work team. Maria Acaso, one of the tutors, will develop her activities and plans with a feminist agenda addressing these issues exclusively.

We do not have much control over what the tutors are going to do because we don’t want to limit or direct them. However, as an institution, we commissioned the role of guides to five women tutors. Likewise, the work team is made up of mostly women. That is to say, we make sure that opportunities are equal and open for marginalized or oppressed groups due to socio-cultural problems. As an institution, we want to project a space that is attentive to cultural problems that are pedagogical barriers and we want to propose creative and experimental solutions to break them. Not all art is symbolic of a sociopolitical theme but it can work as a tool to navigate political and social borders through its cognitive capacities to erode collective imaginaries. 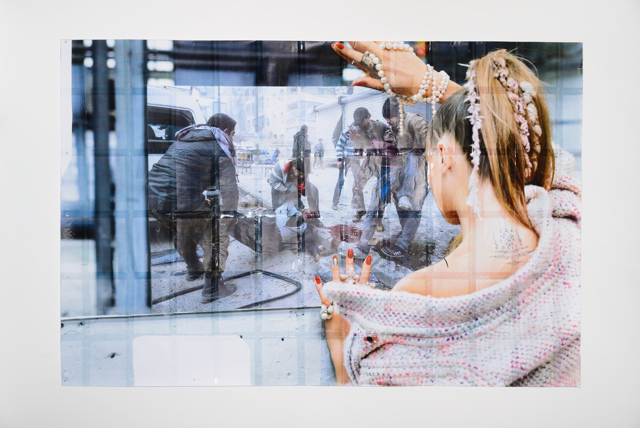 T: One of the objectives of Instituto Alumnos through Plasma is “to contribute innovatively to non-formal education in the art world”. Its open call is not only directed to professionals with academic-institutional studies but also to self-taught professionals with experience. Undoubtedly, non-formal education and self-taught methods within the artistic field are common and equally valuable educational training pathways as institutional and academic training. What opportunities does non-formal artistic education offer in a country like Mexico where only 3 out of 10 young people aged between 18 to 22 years old, have the opportunity to access higher education? What role will  Instituto Alumnos play in relation to the training offered by the academia and academic institutions around artistic study plans in Mexico?

BB: There is a difference between artistic education and education through art. Art education refers to the training of art professionals or artists who travel in the different disciplines of Fine Arts. Education through art contemplates art as a form of pedagogy and pedagogy is an art. Instituto Alumnos does not offer artistic education, instead seeks to promote the strengthening of the collective fabric by training educators that have moved away from the system and artistic institutions, allowing them to teach experimentally and creatively through the artistic objects that are part of Instituto Alumnos.

Regarding the role that Instituto Alumnos will play in relation to academic institutions: through our programming we will offer alternative and certainly experimental methods of education, proposing creative ways to develop pedagogical methodologies that will contribute to the institutional academic proffer. In any case, we do not want to limit our proposal to the academic field. We will seek to demographically expand the opportunities for learning and participation in our proposals. 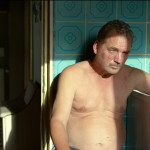 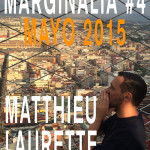 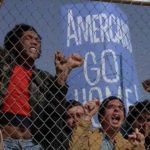 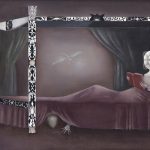