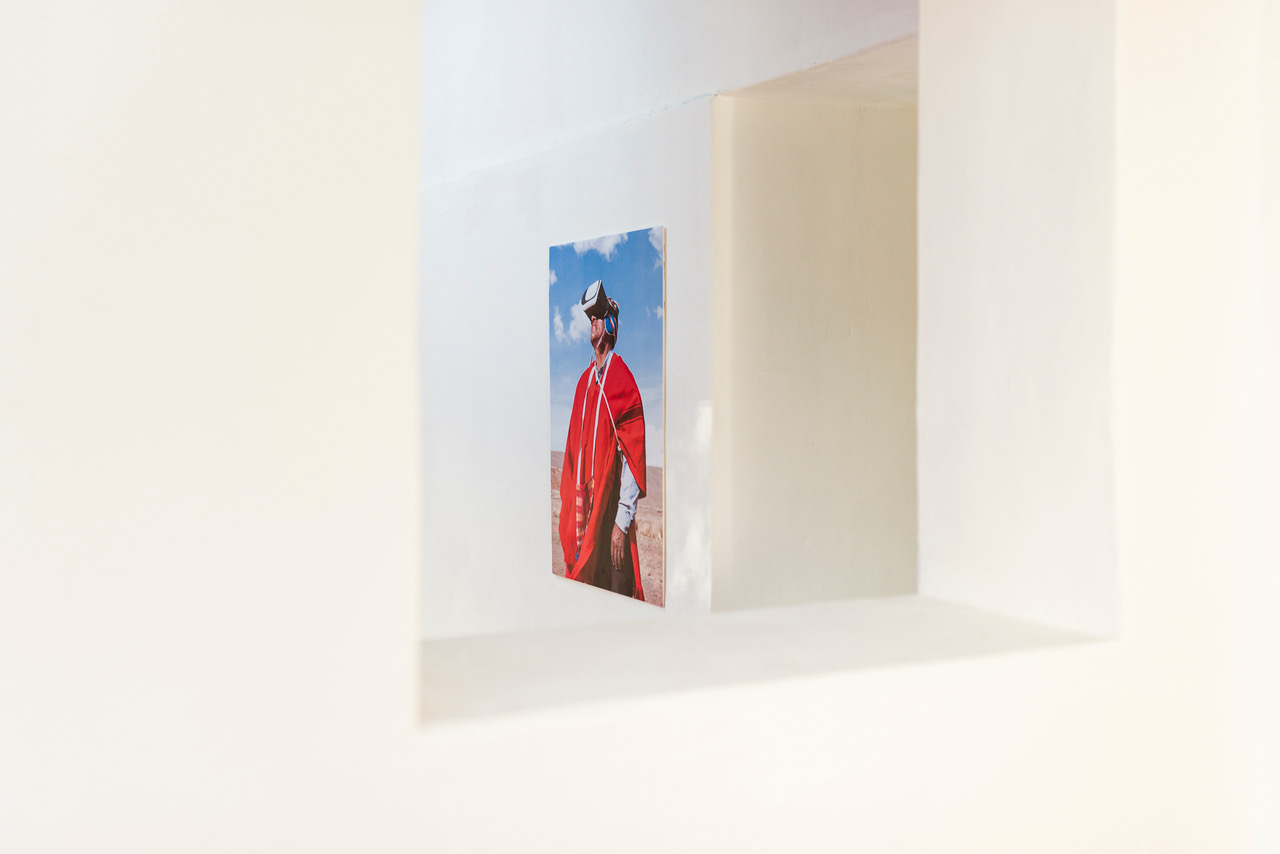 Modern history and identities have been built by photography. What burned the negatives stigmatized the world. And these images, with extraordinary exceptions -as in the case of Juan Manuel Figueroa Aznar (Peru, 1878-1951)-, were often produced from Central Europe and the United States, which stereotyped the countries of the suburbs under indigenous aesthetics; or from national states that Europeanized the identity of one sector of the country and deepened the exotic-commercial composition of the other. In this sense, River Claure’s intention, in her series Warawar Wawa (Son of the stars), to recompose, precisely from the photographic image, the Bolivian identity, is not gratuitous.

Bolivia, as Eduardo Galeano denounced half a century ago, has historically been one of the nations most corrupted by colonialism: “This city [Potosi] condemned to nostalgia, tormented by misery and cold, is still an open wound of the colonial system in America: an indictment”. The exhibition presented by Claure at the Vigil Gonzales gallery operates under this affirmation, but extrapolating it to the symbolic (and not material) value of the whole country. The works are thus part of a trend in Bolivia’s recent history -from the 1970s to the present- that confirms, especially since the emergence of Katarism, the Bolivian people’s will to get rid of certain symbolic structures imposed by colonization. Warawar Wawa (Son of the stars) adds to the identity of the Bolivian people a system of images of belonging at the margin of the foreign perspectives that have made of the “Bolivian” a staging with two llamas and an Indian chewing coca.

The novelty of the exhibition is the starting point. River Claure appropriates one of the fundamental texts of the Western canon -The Little Prince by Antoine de Saint-Exupery- and recodes it. From that movement, the Bolivian artist produces new codes and icons that respond to the Chi’xi concept, coined by sociologist Silvia Rivera Cusicanqui, which in the Aymara language means “gray”. Claure places us between the hegemonic conception and the indigenist conception: he vindicates the roots of the Aimara civilization but also points out, through carefully placed aesthetic gestures, the presence of Bolivia within a global economy. That is to say, it does not present us with an isolated land, a terra ignota, but unveils the complex and rich cultural fabric of the region. Nor does it pretend to displace any previous system of representation, but rather to complete it through visual codes that update the country’s identity. Because, borrowing a concept applied to literary criticism, every text, let us say every symbol, “is the testimony of a failure: that of trying to fix something that is nothing more than pure circulation” . What Claure’s work does is to highlight this transit.

The gallery’s first solo show of Allan Villavicencio (Mexico City, 1987). The exhibition opens on April 27 and will be on view through June 26, 2021.