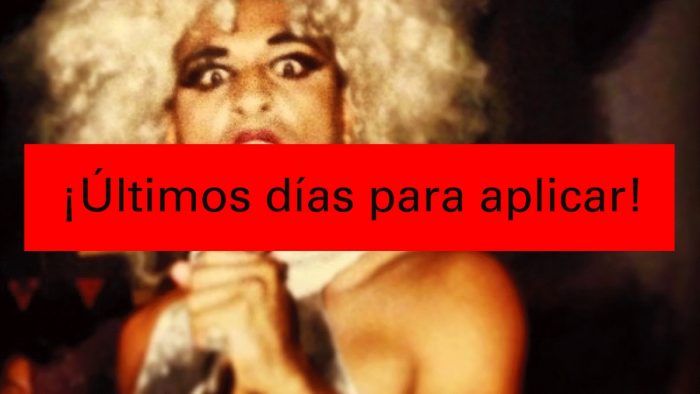 The program invites applications from artists, authors, and researchers based anywhere in the world whose work engages critical and unconventional practices. Successful applicants will demonstrate an investment in fields of study related to contemporary art and critical theory, including, but not limited to, the visual arts, philosophy, curatorial studies, digital media, design, architecture, film, and creative writing. Materia Abierta prioritizes the participation of applicants who identify as part of a group or groups that are disadvantaged within the arts, including women, Indigenous people, people of African descent, members of the LGBTQ+ community, people with disabilities, and others. Likewise, a limited number of partial scholarships for Mexicans, applicants from the global South, and candidates based on economic need will be offered.

Materia Abierta is an independent summer program on theory, art, and technology based in Mexico City. Its inaugural edition, Novo Pan Klub, will take place from August 5 to 26, 2019 and will consider a contemporary crisis of imagination. The faculty will include Yásnaya Elena Aguilar Gil, Ramon Amaro, Vaginal Davis, Macarena Gómez-Barris, Gean Moreno & Ernesto Oroza, Reza Negarestani and Susana Vargas Cervantes. The program is curated by Natalia Zuluaga.

In addition, Materia Abierta announces that Bethany Johns will join as part of the faculty. Her ample experience as a graphic designer, professor, and Director of the MFA in Graphic Design at Rhode Island School of Design will be of great benefit to the program.

From October 17 to 20, 2019, FIAC will host more than 190 galleries in the nave and exhibition rooms of the Grand Palais!

LISTE — The international leading fair for new discoveries in contemporary art, presenting the latest developments by young artists and galleries