TRUTH is a red, white, and blue neon sign spelling the word ‘lie’.

LIE is a red, white, and blue neon sign spelling the word ‘truth’.

Brüggemann’s work addresses a world in which the distinction between signal and noise has collapsed: in his words, ‘I feel I am at the traffic lights but all of the lights are shining’. As we move further into the information age, the mass reproduction of words and images is eroding language and fracturing objectivity.

This public art installation intervenes in a particular frontier landscape offering a discreet reminder of the crafted misinformation that we navigate every day. This wry intervention, occupying a billboard space, invites the viewer to look up and disbelieve the message being sent.

The choice of presenting the work at the ‘Tunnel House’, a building located in Tijuana at the exact border between Mexico and the United States of America, contributes to the semantic border both words create and confronts it to a political border built through decades of historical conflicts, collaborations and negotiations.

Just as the colours of the work can be read as a local signifier in one place and an outside signifier in another, this work acts as a question mark that can be added to any social context and pose a poignant challenge to the orthodoxies of that space. 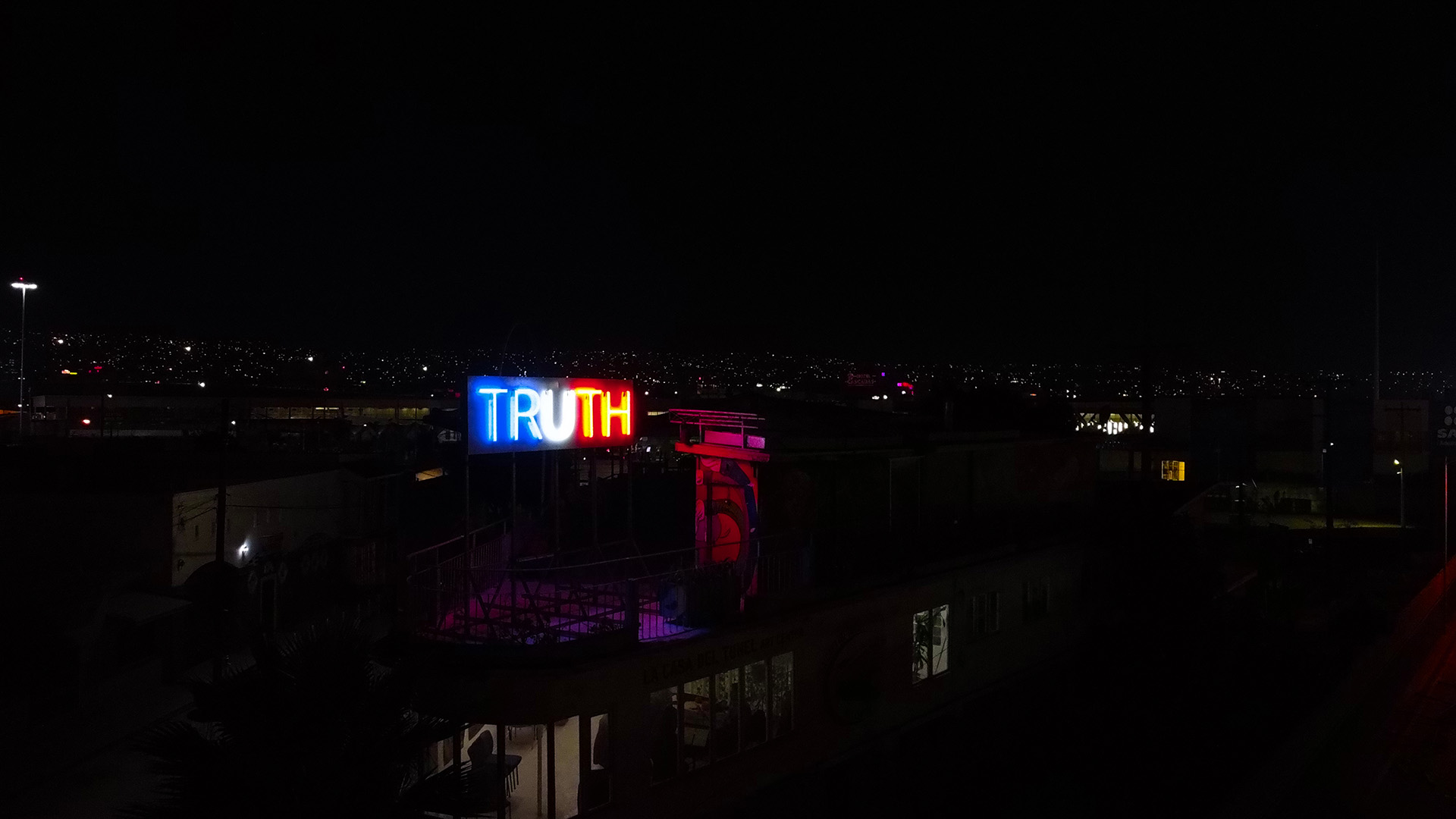 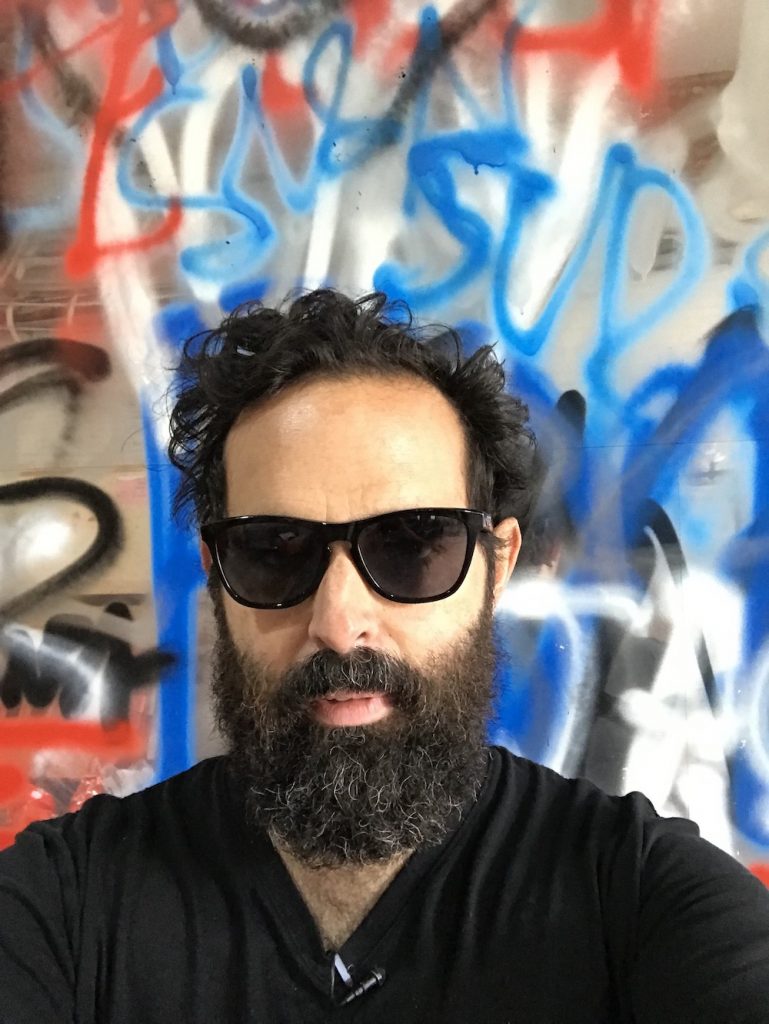 Mexico City, 1975
Lives and works between Mexico City and London

The artist’s oeuvre is characterized by an ironic conflation of Conceptualism and Minimalism. In this way, Brüggemann’s practice sits outside the canon of the con-ceptual artists practicing in the 1960s and 1970s, who sought dematerialisation and rejected the commercialisation of art. Instead his aesthetic is refined and luxurious, whilst maintaining a punk attitude. The philosophy of language is a crucial tenet in Brüggemann’s practice, in which text functions as a fluid medium, utilized for both form and meaning; his choice of words typically provocative, acerbic and topical.

Brüggemann’s masterful wordplay and conceptual rigour coalesce to create a bold and pertinent body of work focusing on themes of appropriation and displacement.

Brüggemann belongs to, and stands out from a generation of Mexican artists who dialogue with major historical and artistic global events, and has developed an extraordinarily relevant trajectory in Europe and the United States.