The Street Biennial: To Exist Is To Resist – La Bienal en Resistencia 2021 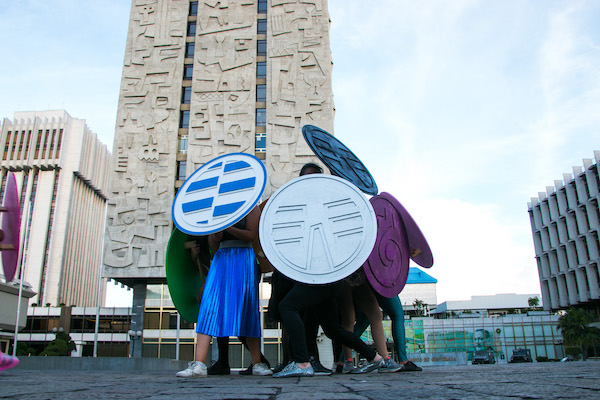 Based in Guatemala, the first edition of La Bienal en Resistencia [The Biennial in Resistencia] (or by its acronym, “La BeR”), during October 2019 brought together more than 40 Latin American artists and projects with a strong political, feminist and dissident focus. The time has come to comment on what’s on the horizon for the new 2021 edition.

Usually art biennials are an artistic event that happens every two years, these gather the most avant-garde artists in museums, galleries or spaces. La BeR instead uses a biennial to bring together all those artists who seek to somehow use art as a platform to represent all the social resistance happening in Latin America, that is why La BeR happens in the street.

In its first edition, La BeR received approximately 150 artistic proposals, of which a little more than 40 were selected from different countries, such as Mexico, El Salvador, Nicaragua, Costa Rica, Colombia, Peru, Argentina and Guatemala. The curatorial team was made up of multidisciplinary professionals, with a strong vision around “community feminism” and included outdoor works in public spaces and rural areas. There was also a large participation of dissident voices, as well as room for social denunciation and dialogue based on the community exercises generated by the artists.

The open-call has started and ends on July 31. For this occasion, La BeR hopes for Latin American artistic proposals (of any kind) capable of dialoguing with the public space or the digital space, because La BeR understands that, since the Covid-19 pandemic, there is a new perspective of the digital world and the Internet as a virtual channel capable of disturbing and communicating, at the same level as a physical public space.

In turn, this year, La BeR will have a series of workshops, conferences and other platforms to monetize the 2021 edition. These are spaces that will allow for dialogue, community and sharing the learning from the previous edition with the general public. We aim to generate noise in an organic way, from human matter and the interactions offered by virtuality.