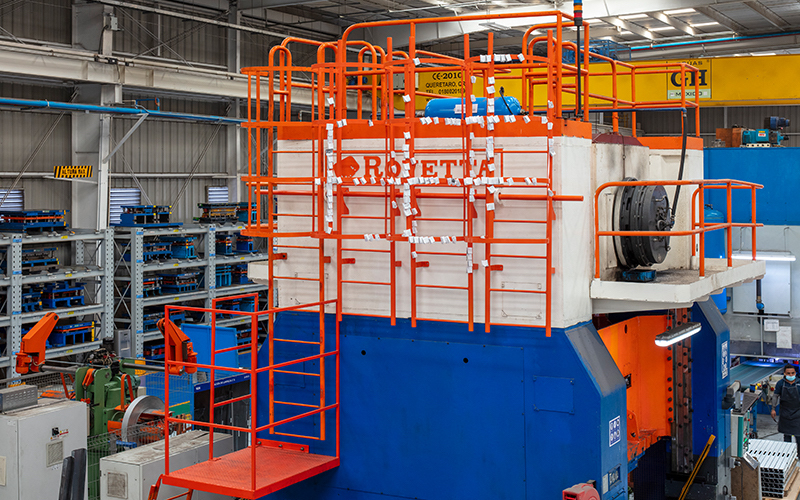 Fondazione Ermanno Casoli and Elica are pleased to announce that the winner of the Ermanno Casoli Prize –which has reached its 19th edition and is for the first time held at the ElicaMex headquarters in Querétaro, Mexico– is Mexican artist Jorge Satorre.

Satorre (Mexico City, 1979) joins the world of Elica with the project Pelusa, which will be shown in an exhibition curated by Francesco Pedraglio and Marcello Smarrelli, that will open on December 7th, 2021 at the ElicaMex plant in Querétaro. The work is the result of an articulated process that involved over 70 ElicaMex employees, called to participate actively to create the project together with the artist. An exhibition of the drawings produced for the Prize, along with the presentation of a book that gathers every step of the project’s progress, will be held on December 9, 2021 at LABOR art gallery in Mexico City.

In this project Satorre reflects about the nature of traces left by workers on the products they help to create. Unlike works of art, objects made on production lines are standardized and follow strict criteria linked to functionality and design. The artist focused on the contrasts between personal expression and rules, instinct and quality assurance, subjective proposals and functional standards. The name of the project, Pelusa (‘fluff’ in English), underlines Satorre’s interest in the involuntary yet unavoidable personal residue present in any production process, a surplus that, as much as one tries to eradicate it, keeps occurring.

During his extended stays at the ElicaMex plant, Satorre utilized live drawing to document a series of moulds used to make kitchen hoods, namely matrixes that had become unusable due to deterioration and changing market needs. The artist, turned the drawings into a series of 19 engravings using scrap metal plates from the hoods’ matrixes.

The main topic of the project –objectivity and subjectivity in industrial production processes– was also the subject of a workshop the artist gave to ElicaMexworkers, focused on the managerial pillars of the World Class Manufacturing (WCM) method that enable workers to propose improvements to the working environment and to the use and operation of machinery.

The artist also produced four large metal sculptures on which he placed, folded, a selection of ‘suggestions’ made by workers that were rejected. The sculptures were mimetically integrated into the interior of the factory and designed as continuations of the pre-existing stairs, protective fences and pillars. These structures became formal residues of technical devices that have permanently lost their functionality.

At the end of the process, Satorre collected the results of the entire project in a book –a hybrid between a catalogue and an artist’s book– that presents the 19 engravings alongside a photographic tour of ElicaMex plant, documenting the presence of the sculptures. The format of this unique archive imitates that of a traditional engravings book, thus suggesting a further key to interpreting the project, which can be identified in the personal and emotional relationship developed by the artist with the pieces he created, the factory space and the people who work there.

Open thru Oct. 9.
Thursdays to Saturdays or with appointment

Listening party
Tracks from the album of the same name and an improv around the show
Saturday from 12 to 7pm
Praga 35, Col. Juárez
Mexico City

Curated by Miguel A. López

Mónica Heller to represent Argentina at the Venice Biennale 2022