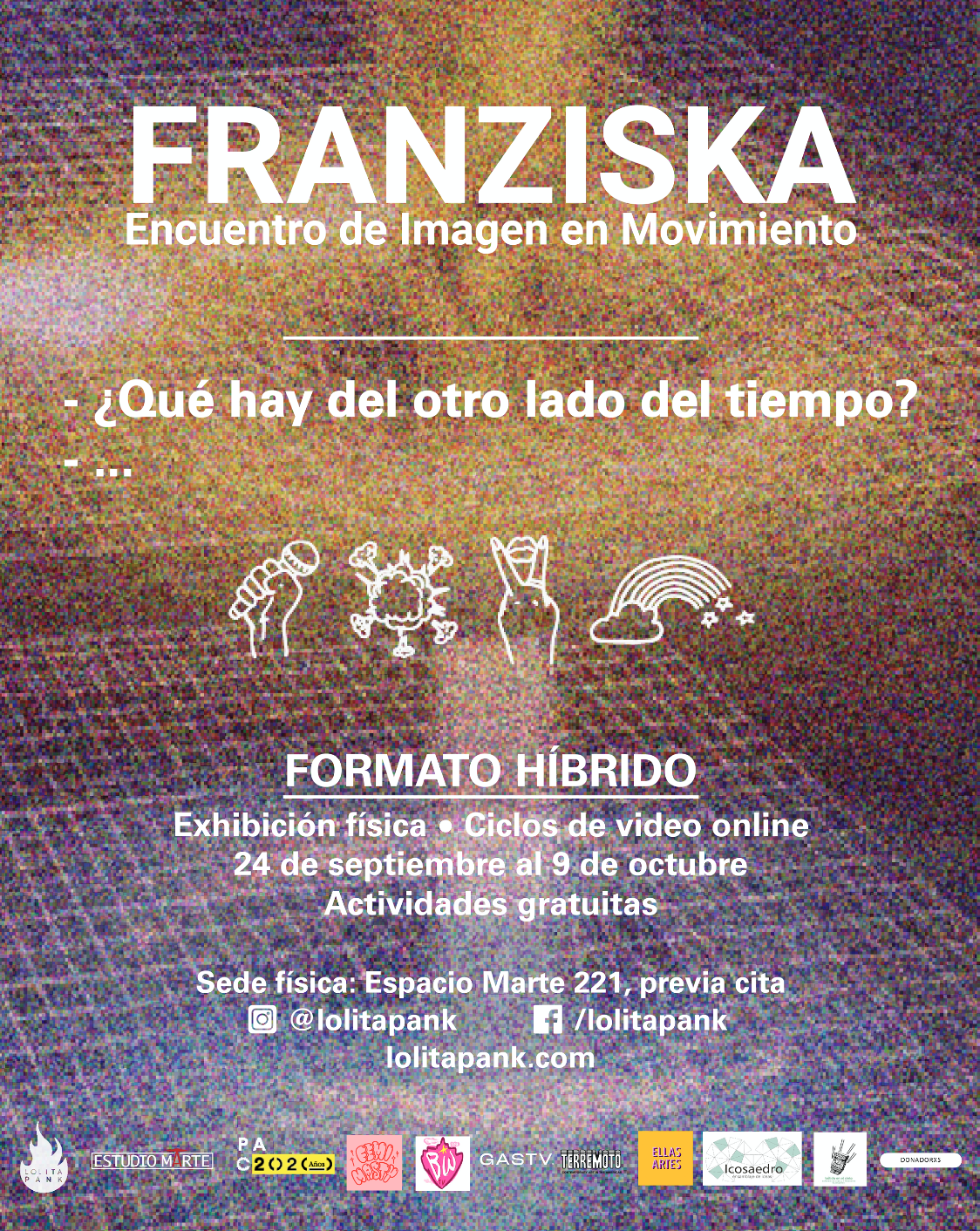 More than 60 women are part of FRANZISKA Encuentro de imagen en movimiento [Moving Image Encounter], which reviews the contemporary audiovisual creation made by women from different parts of the world, questioning the modes of production, distribution and consumption of the image in movement. This second edition will be presented in a hybrid version with a physical exhibition in Estudio Marte 221 and virtual activities that will be available through social networks and Lolita Pank’s website.

The dialogue will arise from the question “What is on the other side of time?”, where the intention is to reflect from a counter-history against the normative discourses that have permeated the way of understanding gender, sexuality, art, image or technology.

Online video cycles, physical exhibition, dialogues, 360º tour, a VideoActivism workshop directed by J. Triangular and an online opening party are some of the activities that will take place from September 24th to October 9th for free. Don’t miss the opening on September 24th at 8:00 p.m. (CDMX) on our social networks, more details at lolitapank.com.