"Emancipadas y emancipadoras!": An exhibition that highlight the women who participated in the Mexican War of Independence. 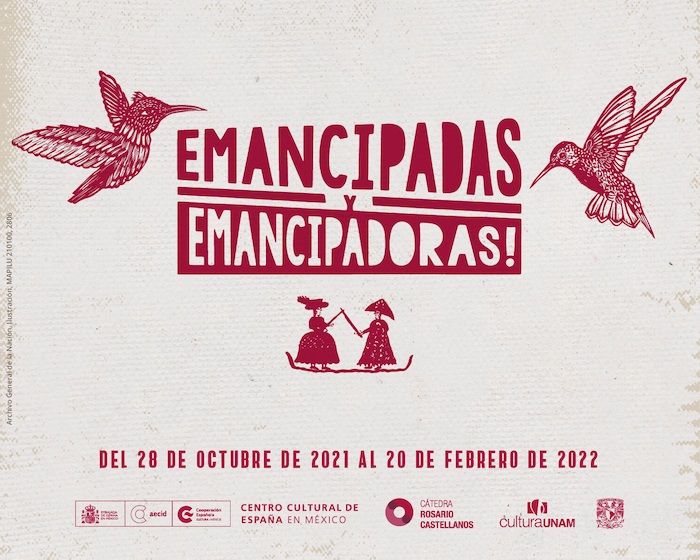 Why do we know so little about the women who participated in the War of Independence, how many of them we do not even know their names, why do we only know about a few, what are the imaginaries that were built around them, what did women gain in this historic deed, what historic deed is being lived today that represents Mexican women, what do we want to emancipate ourselves from today, who are the emancipators of today?

Within the framework of the Bicentennial of Mexico’s Independence, the exhibition Emancipadas y emancipadoras! seeks to pay tribute to the heroines who were part of this historical gesture and who have been scarcely recognized in traditional historiography.

The project, which began at the Cultural Center of Spain in Lima in 2019 by the hand of Peruvian curator Karen Bernedo and this 2021 had its Central American version at the Cultural Center of Spain in Guatemala, now arrives in Mexico with a curatorship by artist and feminist historian Julia Antivilo who trusted on a process of communal work to design the idea of the exhibition itself. Each of the participating artists was asked to sponsor one of the best known figures of the insurgent women, such as Leona Vicario, La Güera Rodríguez, Antonia Nava, Gestrudis Bocanegra, Altagracia Mercado, Josefa Ortíz de Domínguez, Mariana Rodríguez and Rafaela López Aguado, in addition to integrating into their proposals the thousands of nameless women who also participated in the War of Independence.

Cintia Bolio, Producciones y Milagros. Agrupación Feminista, Queso Rayones, Cynthia Grandini, Sonia Félix, Rosa Borrás and Pinche Peluda, established dialogues between the past and our present in their encounters with the insurgent women for the exhibition.

Emancipadas y emancipadoras! presents graphic and digital art pieces, textiles, painting, sculpture, drawing, watercolors, archival material and other documents to outline the cartography of the network of complicities that these women integrated in the past with the objective of making them visible, questioning and questioning the historical and literary narratives that have created imaginaries full of prejudices about them.

Material is thrilled to present the first edition of its traveling Mexican fair, Estación Material