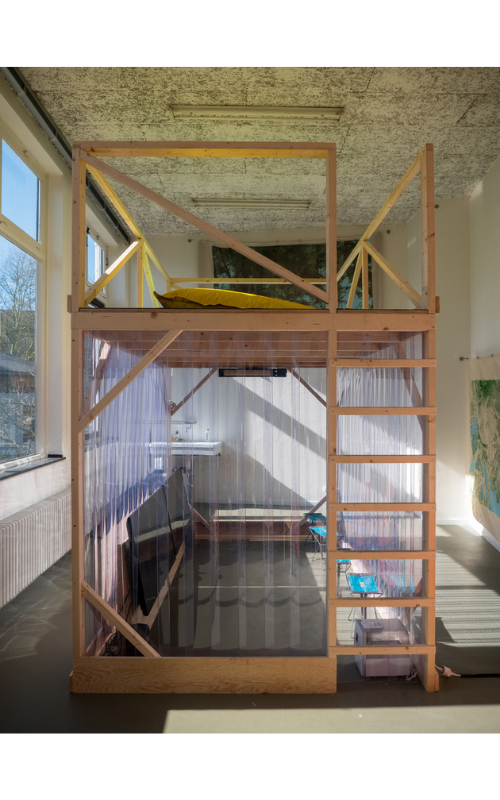 Foundwork is delighted to announce that Amsterdam/Singapore-based multidisciplinary artist Kent Chan and London-based multidisciplinary artist Onyeka Igwe have been awarded the 2021 Foundwork Artist Prize. Now in its third year, this is the first time the prize has been awarded to two artists, both of whom will receive unrestricted $10,000 grants and studio visits with each of the esteemed jurors.

“The artists we had the pleasure to review for the Foundwork Prize were incredibly inspiring—the level and quality of the work was amazing and made our jobs difficult as jurors. The finalists had deeply thoughtful, boldly executed practices centered around urgent issues,” says Carlos. “Kent Chan, who we selected as one of the two honorees, works primarily in film, though his dynamic practice also spans many different forms and mediums. His work explores the complex relations between colonialism, politics, and identity through engaging and playing within narrative, history, subjectivity and metaphor.”

“All of the artists who submitted works for the Foundwork Prize had qualities and sensibilities we could feel beyond the screen; it was truly exciting to be exposed to such vitality and so many ideas. It came down to five artists who we thought were challenging the mediums they embraced while tackling pressing subject matter,” says Fauq. “We were all intrigued and amazed by Onyeka Igwe’s precise editing and use of sound and text in her moving image works, as well as in her installations. Her practice is also one that pushes further the manipulation of archives while investigating and telling the stories of the sites where said archives are held, lost, and forgotten.”

The Foundwork Artist Prize reflects the Los Angeles-based platform’s larger purpose to create visibility and engagement for emerging and mid-areer artists, and to enable discourse and access between artists, curators, and collaborators, wherever they are based. In 2020, the Prize was awarded to Berlin-based multidisciplinary artist Tracey Snelling, and in 2019 the inaugural honoree was Puerto Rico-born artist, curator, and educator Edra Soto, who is based in Chicago.