CCEMX presents the exhibition: «¿No oyes ladrar a los perros?» 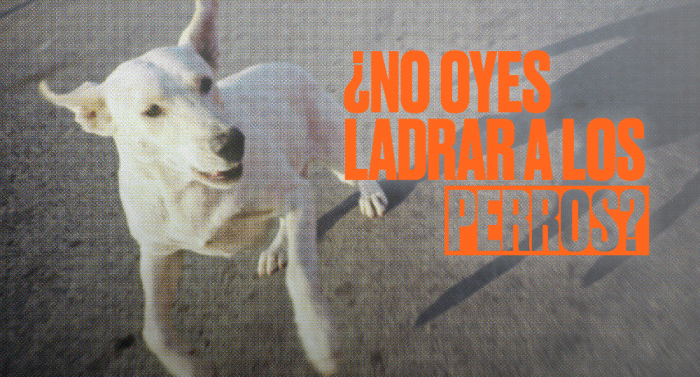 ¿No oyes ladrar a los perros? [Can’t you hear the dogs barking?], curated by Rigoberto Reyes Sánchez, is the winning project of the third edition of Culturas Disidentes [Disident Cultures]. An open-call for interdisciplinary research and production, launched by the Centro Cultural de España en México [Cultural Center of Spain in Mexico] and Cultural Center Border.

The exhibition focuses on the relationships that dogs establish with a population and space in a peripheral urban environment of the State of Mexico, as well as the social representations and speeches that various agents produce about them. The exhibition has as its starting point a multispecies ethnography developed in Los Héroes Tecámac, a social interest housing complex located on the border with the municipality of Ecatepec. In this space, some dog packs have generated environments of fear and stigmatization, but also canine presences there detonate powerful emotional relationships that manage to weave small spaces of community and support in an environment crossed by individuation and overflowed violence.

The peripheral serves as a point of view, what does the city look like from its banks? How do these banks look from the eyes of a modest witness, in this case, from street dogs? Based on these strategic positions, the exhibition addresses specific problems such as animal abuse, urban exclusion, criminal and structural violence, as well as the spatial and emotional effects of overflowing cities on territories that until a few years ago were rural. Tracking the lives of dogs as well as the way in which they have been treated and represented makes it possible to criticize the culture and the way in which we interact with the environment and with the rest of the living.

It is, finally, a history of inhabiting and of the different ways in which animals and humans relate in the bowels of the neoliberal city, a story based on a phenomenon that is happening right now throughout the country.

Curated by: Rigoberto Reyes Sánchez. Doctoral candidate in Latin American Studies by UNAM, he has a Master’s degree from the same postgraduate and a Degree in Sociology from UAM-Iztapalapa. He has been a professor at UACM, UAM-Iztapalapa and UAM Xochimilco, as well as at the 17, Institute of Critical Studies. He is part of the Advanced Research Seminar on Body Studies (ESCUE) based in the CEIICH of the UNAM. His research focuses on studies of the collective memory, cultural practices and critical studies on corporalities and violence in a Latin American perspective.

En exhibition by Rirkrit Tiravanija in collaboration with Cooperativa 1050º