The Argentine film director confers with Manuel Kalmanovitz on her particular vision of the world and the confrontation with the strangeness of the real in her films. 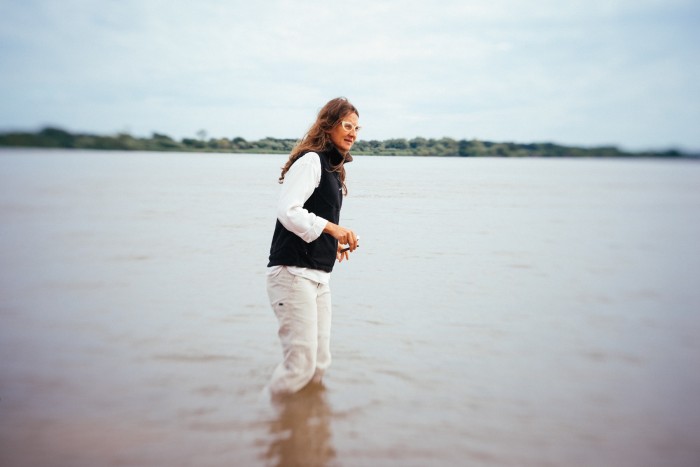 The three feature films Lucrecia Martel has made over the course of her career outline a very particular universe that resides between what is seen and what is heard, amid something disturbing and mysterious that’s floating around —something that unnerves, a source of anguish.

Whether it’s in the dynamics of a messed-up family on the genteel skids (La ciénaga, 2001), an intense teenage girl’s perverse anxieties about sanctity (La niña santa, 2004) or a woman’s displacement after an incident on the road (La mujer sin cabeza, 2008), Martel’s filmmaking constantly questions its characters’ worlds until it discovers that everything to which they are accustomed —what each of them imagines normal— is in fact as deeply bizarre as any other human habit that, by way of perseverance, ends up becoming invisible.

We reached Martel by e-mail with questions about difficulties that come from transiting a vision of the world, making movies in the present day, navigating the information glut that assaults us or just coming home. She very graciously took time to answer our questions while doing the sound editing on her new picture, Zama, an adaptation of Antonio di Benedetto’s novel about an eighteenth-century Spanish functionary whose transfer to Buenos Aires is repeatedly delayed. 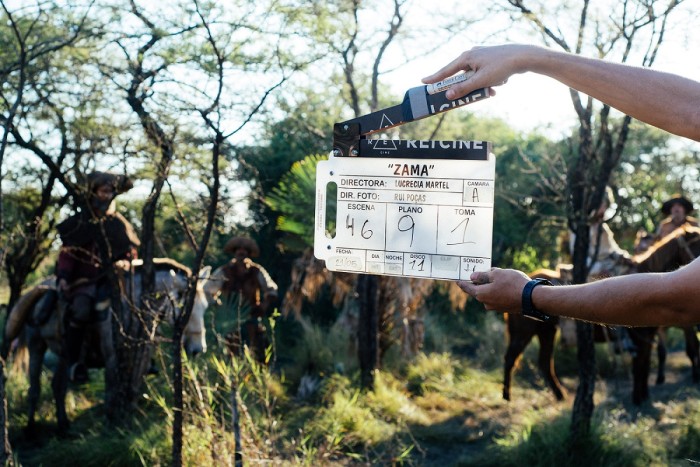 Manuel Kalmanovitz: The theme of this Terremoto issue is “a praise of difficulty.” So I’d like to start by asking you about your beginnings in filmmaking, because starting with La ciénaga, your first film, there’s a clear vision of the world —and cinema— that’s completely formed, very personal and very distinct. Can you tell us how all that happened? How did you realize your vision was different from that of most of your generational peers and what was the process of making that a reality?

Lucrecia Martel: It would be difficult to find something made by a human being that isn’t pregnant with a vision of the world. Likely impossible. It’s inherent to existence. It turns out that world visions can coincide with a certain hegemonic idea of what the world is —or not. It’s like when they say that “indie cinema” is intellectual, simply because it does not coincide with a narrative system the industry legitimates. But the industry is as intellectual as “indie” movies. The difference is that one affirms reality, doesn’t call it into question. And not all “art movies” are after that.

You’ve got to call reality into doubt. Or better yet, I’d say you’ve got to be suspicious of reality. Because if you’re not, there’s no possible transformation. Every one of us who has done cinema —to speak just of moviemaking— has contributed our perspectives to a vision of the world. A community needs that —lots of perspectives. There will be times when some are valued more than others. But the really important thing is that a lot of different visions coexist. The big task is to facilitate that variety. 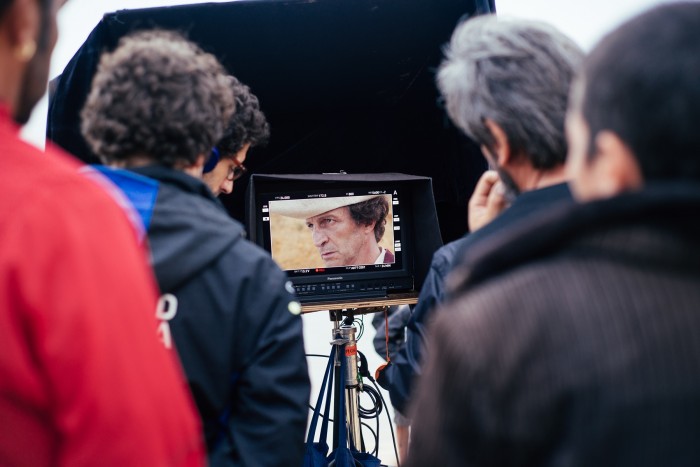 MK: One of your recent concerns, that you’ve mentioned in several interviews, is the fact the cinema is in the hands of a particular social class; that directors tend to come from the upper middle classes, with a consequent flattening of outcomes. Following this month’s theme in Terremoto, it strikes me we could also call this effort you suggest, of fighting the class-homogeneity that also reflects the homogenization of the global, a difficulty. How do you think that trend can be counteracted? And why is it important?

LM: Unwittingly, new technologies are giving rise to a phenomenon of more varied access to public discourse. That something we have in a bag or a pocket can document images and sound allows us to imagine that more people will access the production of an audiovisual discourse. Sadly, history shows us having low-cost pens is not enough to create writers. You have to find ways of preventing single, exclusionary visions from being established. Homogeneity is the enemy. Our existence is short, absurd and highly mysterious. We need everyone because we do not know where we’re going. 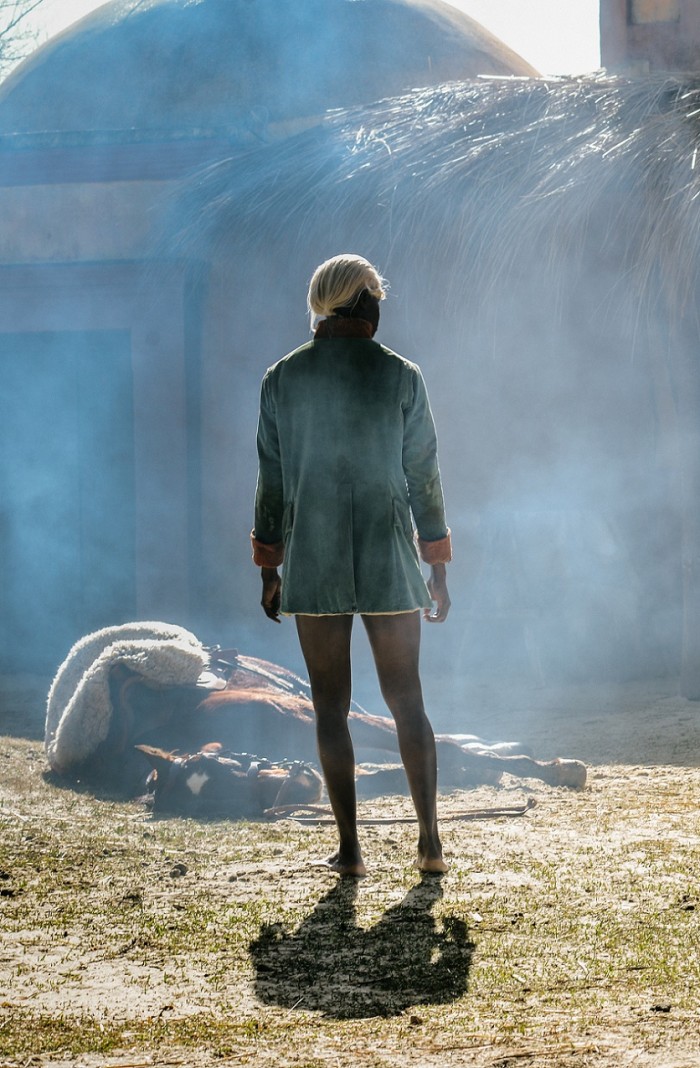 MK: Ever since you began making films, in 2001, moviemaking has undergone a material revolution with the rise of digital cameras, some relatively cheap and of decent quality, that have afforded access to people who want to do things. Though even this, of course, has brought on a series of problems when it comes to distribution, accessing screens and the possibility that films resonate more widely. How do you see that evolution? What would you think if you were starting to make films right now?

LM: With regard to that change in audiovisual technology, what most interests me is the transformation of visual perspective. For many centuries, perspective has represented the human gaze. The images drones, or sport cameras, that telephones are producing may not be the human gaze. That interests me. Objects are beginning to make manifest an entire new world. What is that world? If I were starting out now, I wouldn’t do films, nor do I think I’d produce images. I’d edit YouTube images. Images others had made. 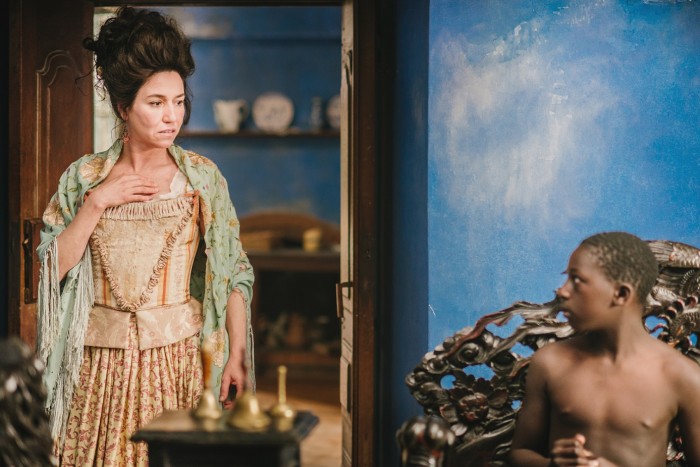 MK: Once we spoke of the interest you have for horror movies, with the particular way they explore time and space. I remember back then you were contemplating doing a picture about some family members that come to live in a house they can’t get out of… So I wanted to ask you something more general about these projects you contemplate, and that you nurse to life, and you go over and over them and then they get put off or never get made. What’s your relationship to these ideas? Wherein lies the difficulty of these projects not getting made?

LM: Things that just occur to you aren’t ideas. I’ve read thousands of screenplay pages that are lousy with things that have occurred to people —but don’t have a single idea. And curiously, not even ideas are enough for a film, or a book, or whatever it is that doesn’t yet exist. That script you’re talking about —for now— is in the “occurrences” zone. I stopped just in time, before convincing myself there was something to it. Sometimes the timing of contests, grants, workshops pushes you to look at occurrences in another way. You’ve got to be really patient, avoid the vanity of being productive. The process of questioning the world is not so simple. Variety and difference are important. These are not things you lay hands on by goofing around. I take care not to pollute the planet with my stuff. Each time I hear a production house is looking for content, it makes me shudder. Because of the brazen honesty of it. They want content because there are containers. All this smacks of garbage. I think we’re in an age of producing for no good reason. And soon the age of editing for no good reason will come. 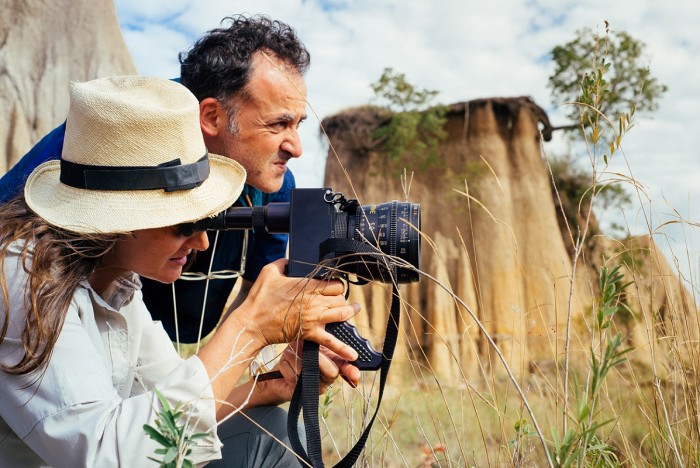 MK: It’s been fifteen years since you finished your first film and I wanted to ask how the difficulties you face when making a film have changed. Over time, have the process and the experience grown easier? Have you discovered difficulties you never imagined?

LM: The biggest difficulty is wanting something so much that you dedicate so many years to it. For me, a white middle-class woman, that’s the biggest difficulty. There’s always the temptation to turn yourself into a space and just fill it with content.

MK: Finally I wanted to ask you about your return, to live, in Salta (Argentina), where you grew up and the city you left behind when you went to school in Buenos Aires, long ago. Can you speak of the difficulties and the benefits of returning to your birthplace?

LM: Going back to the towns where we were born often calls to mind Christ on a donkey as He entered Jerusalem. One probably identifies with Jesus. But most of the time, we’re that poor, tired donkey who’s stepping on the olives. Or the laurels. Yet even in all that confusion there’s happiness.

The Value of Rage