Mónica Chuji, a Kichwa activist from the Ecuadorian Amazon, demonstrated the failure of the discourses of modernity and development in order to call on everyone to urgently listen to the knowledge of «Sumak Kawsay», in turn escaping the productivist vision that is killing us. 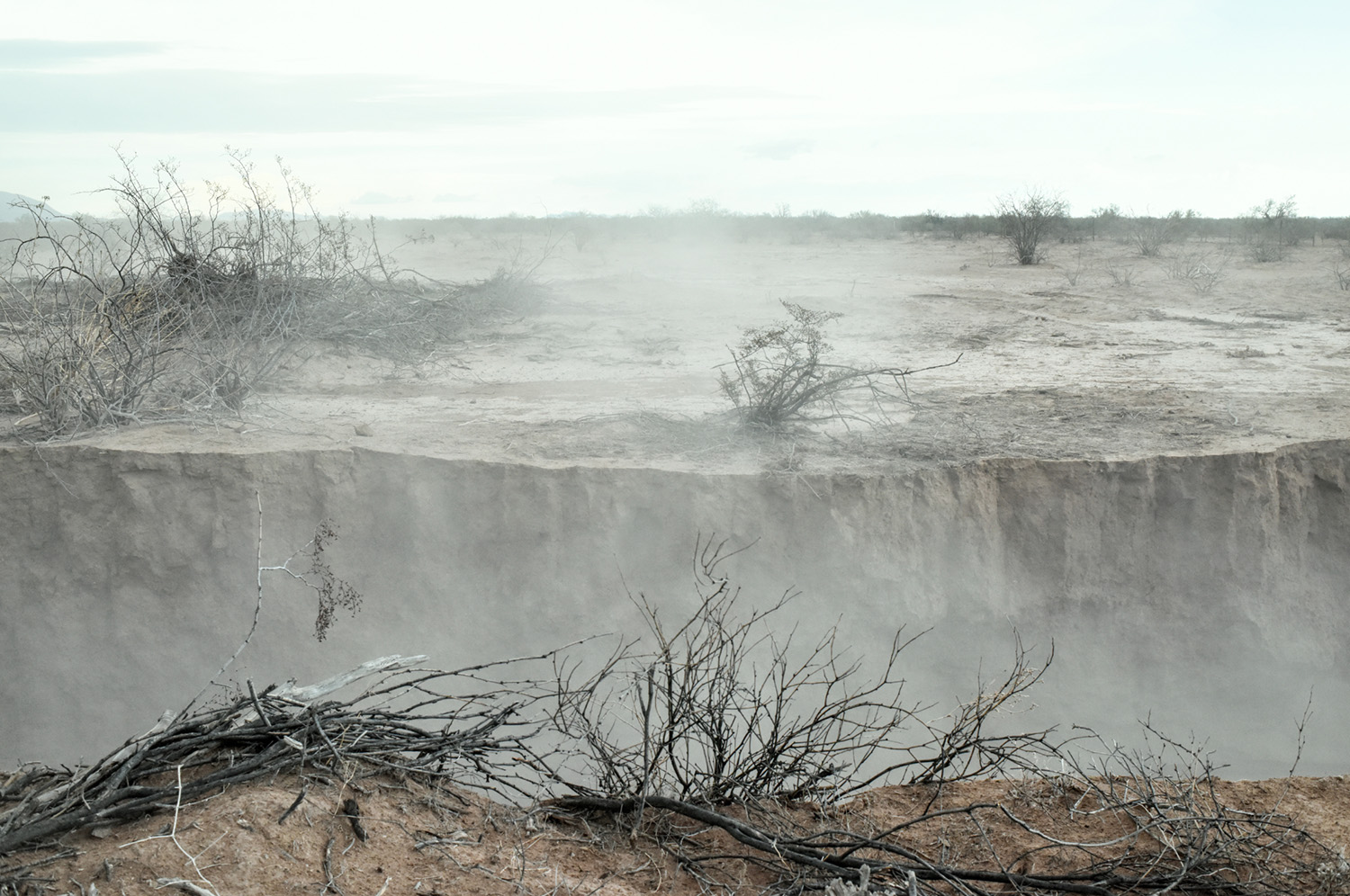 As we all know, in early March 2007, the collapse of the Bear Stearns subprime mortgage funds triggered one of the most severe economic and financial crises in recent decades. This global economic event seems relevant to me in problematizing globalization, development, and interculturality.

In fact, the global crisis that began in the richest countries—all member states of the G7—required state intervention to avoid the collapse of global financial markets. In the years following the economic crash, G7 countries put nearly thirteen trillion dollars [1] into this sector and recognized the need to establish better mechanisms of regulation and financial control. Now, thirteen trillion dollars is an unfathomable amount of money.

It is a paradox of our times that the money needed to overcome global poverty and inequality and achieve the United Nations Millennium Development Goals for the poorest countries would not surpass one hundred billion dollars [2], an insignificant fraction of the money allocated to saving the global financial system. The amount needed to reduce poverty in Africa is even more modest, at under fifty-five billion dollars [3]. Similarly, to provide basic services to the poorest communities in Latin America, only a fraction of the resources allocated to financial markets would be needed. In fact, in the US Bush Administration vetoed a 2007 bill that would have expanded a healthcare program for children that would have cost roughly six billion dollars annually. [4] In its defense, the Bush Administration’s argument was that it didn’t have the requisite funds to finance the expansion of this public health program. Just a year later, the same administration would put pressure on the US Congress to allocate billions of dollars to save the banks. [5] These facts seem pertinent to me because they allow us to acknowledge the distance that exists between the manifestations and realities of power, while also demonstrating that many contemporary discourses are mechanisms of an ideological and epistemological colonization rather than matters with some social or scientific validity. 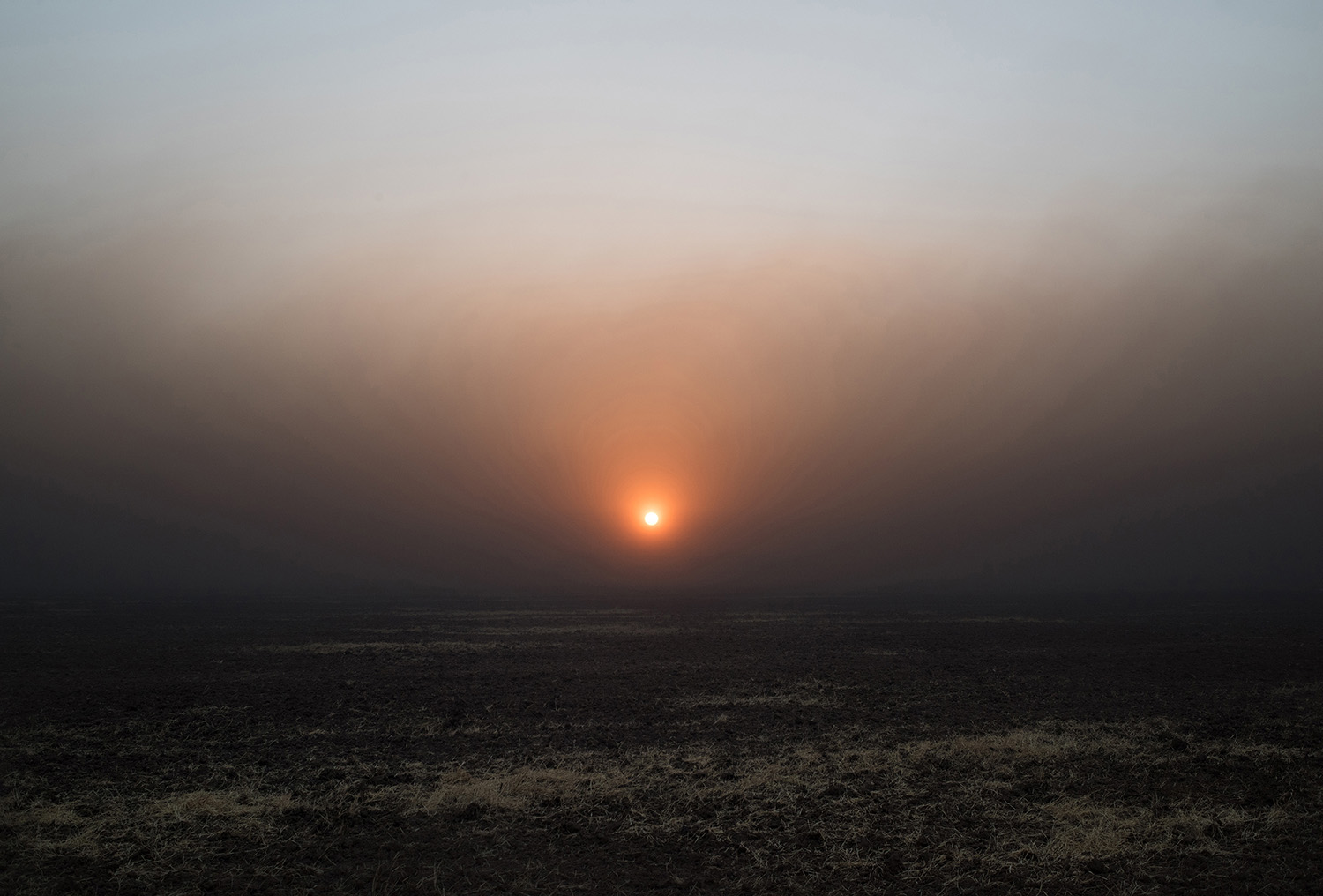 I am referring in particular to the notion of globalization. Over the last two decades, we have witnessed the ways in which this discourse has been constructed to limit our vision of human possibilities to those coordinated by the market and economic agents. States, the United Nations, International Development Cooperation, multilateral institutions, all of these organizations started to think, speak, and proceed according to globalization, the efficiency of markets, and poverty, the last term understood as a strictly economic phenomenon associated with consumption. But we can see how the reality built up from the idea of globalization ultimately failed and is leading humanity towards an unprecedented crisis, yet discourse appears to have remained unaffected by this reality. There is a global crisis that has required mankind to perform an enormous effort to save the banks, for the thirteen trillion dollars that have been spent towards this end represents a bill that we must collectively pay for. All the while, the debates and ideas that prompted the financial crisis continue to be discussed as if nothing happened. Under normal circumstances, if globalization or the markets failed, the discourses that legitimize and sustain them would start to change as well to acknowledge the global crisis. But we continue to speak of globalization as if nothing has changed in recent years, as if the crisis were a circumstantial phenomenon confined to a few countries, as if the thirteen trillion dollars has nothing to do with us. This attitude of theoretical colonialism has an ethical component: we proceed as if it is absolutely normal to allocate thirteen trillion dollars to save the banks and to remain untroubled by the fact that we don’t spend a cent to end poverty, discrimination, or violence. To talk about globalization when the entire planet is suffering the perverse effects of markets seems to me to be an act of cynicism and collusion with power.

The discourse of globalization ultimately failed and is leading humanity towards an unprecedented crisis.

I think it is important that we start to maintain critical distance from these discussions that legitimize power. The global crisis is showing us that a system that decides to protect its markets instead of the human beings that belong to it is a sick policy, a system that should be ousted as a result of its record. The global crisis allows me to highlight another issue that seems important, a long-standing issue in modern discourse: the reasoning of development. I think that globalization and the economic crisis are manifestations of something much deeper that refers to the very episteme of the system: the notion that man is separate from nature and can use nature and other human beings as instruments to achieve selfish goals. This use of nature, with no ethical consideration, reveals itself to be absolutely pragmatic and is characteristic of the modern human being. Egoism and individuality are also characteristics of the modern human being.

In the nineteenth century, the utopian idea of this modern being was born in the form of progress. But the ideology of progress has shown its perversions. Wars and concentration camps constituted the end of a legitimate notion of progress, but not the end of it as an idea, which was transformed into the modern view of development. However, development is as perverse an idea as progress was in its era. I want to warn of two perverse aspects of the discourse of development. The first involves the relationship between humans and nature, which the discourse of development turns into something purely instrumental and which now threatens the survival for the human species. The second aspect is the subordination of ethics to economic growth; if it is necessary to destroy the surface of the planet to the very last tree in order to sustain this progress, the logic of development has no objections. We need to move beyond the notions of modernization, development, and economic growth and instead opt for a form of life that is respectful, harmonious, and solidary. Original peoples have the knowledge and practice we need. We still have the legacy that comes from our ancestors and we want to share it with everyone: it is Sumak kawsay [6], translated into Spanish as buen vivir (good living) or la vida en armonía (life in harmony). Little by little, the concept of Sumak kawsay has started to emerge from the invisibilization it has been subjected to for more than five hundred years. Sumak kawsay is the alternative to progress, development, and modernity. It is a notion that seeks to recuperate the harmonious relationship between humans and their environment. Between humans and our nonhuman peers. 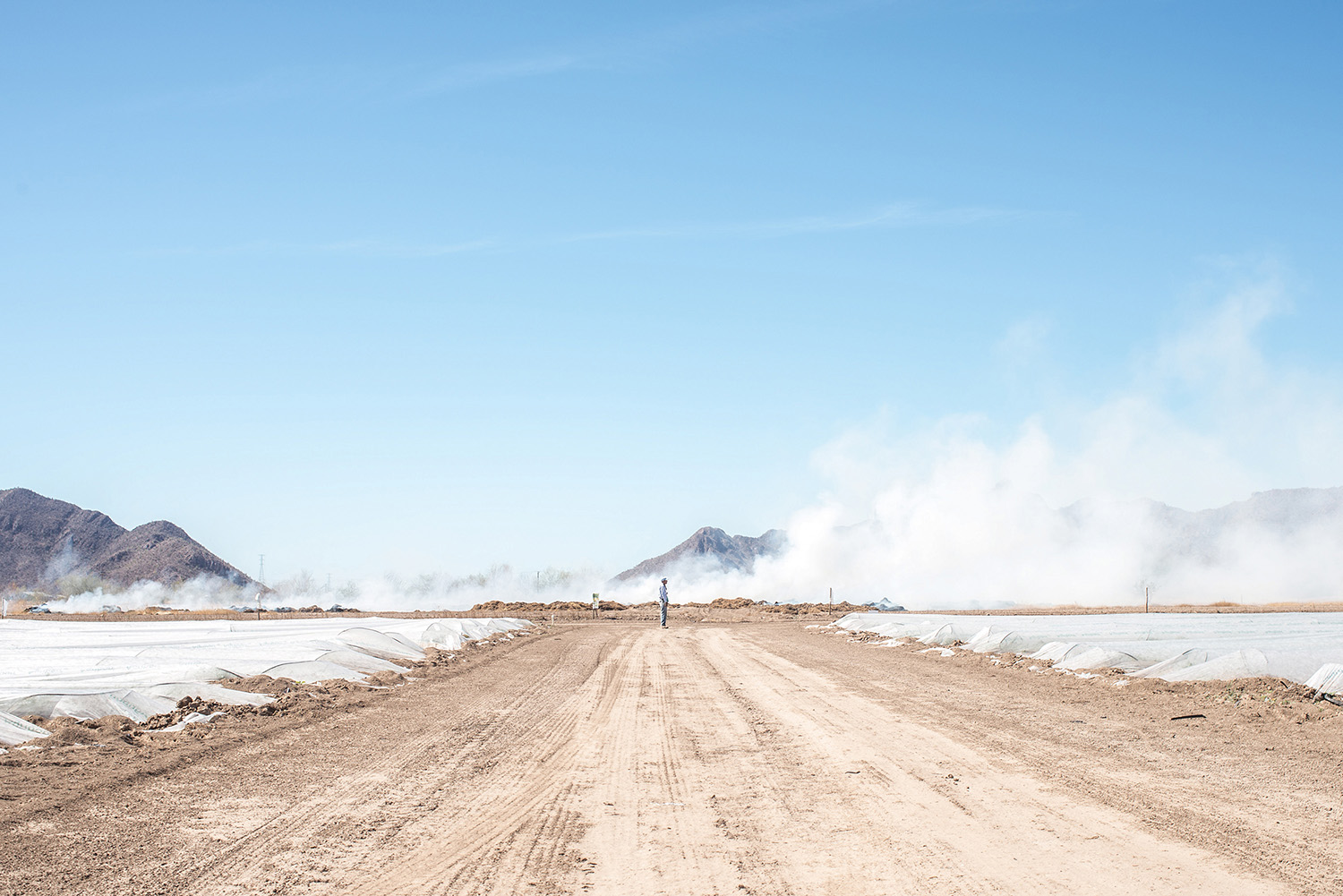 Sumak kawsay is not a return to the past—nor the era of cavemen— and it does not disavow technology or modern knowledge, as the proponents of capitalism have argued. Sumak kawsay is part of the debate on the future of humans and our societies. In Sumak kawsay, humans are fundamental, not financial markets, real estate, or the productivist zeal for economic growth. Sumak kawsay argues that in order to escape from this productivist vision, we must enter into a process of material degrowth to emerge into a process of human growth. In this context, nationalities and original peoples must defend our self-determination to deepen and extend the practices of buen vivir to society. The planet is sick. The jungles, the forests, the rivers, and the mountains are in agony. The model of development that we have created is linked to market growth, to competitive egoism, to market globalization, and it is driving us towards an environmental catastrophe with unpredictable consequences. I don’t want to exaggerate, but data shows that the levels of environmental pollution have begun to reach critical, irreversible levels. Along with this environmental disaster, the system is also producing a human crisis: poverty, inequality, violence, confrontation. The system no longer functions. It is exhausting its historical possibilities and it is necessary for us to think about alternatives. Buen vivir as an aspect of a plurinational state [7] is an alternative that will allow us to avert capitalism’s human and environmental catastrophes.

Having set out the principles of Sumak kawsay, I want to end with a reflection on interculturality on a different plane: that of civilizational dialogue—here understood in opposition to colonial rhetoric. I think that interculturality should become a dimension for putting up bridges in a process of civilizational transition. Interculturality should be the way in which we conserve the best aspects of this system as we transition to a new system that definitively overcomes capitalism and modernity. Seen in this way, interculturality becomes one of the best ways to exceed development and transition to Sumak kawsay. Interculturality must open up this civilizational dialogue. It must permit an understanding of the ethical values of modernity that can be salvaged along with the ethical values of indigenous people and nations. It must become humanity’s wager to resolve the problems that confront us.

Interculturality must be the base for starting this knowledge-based dialogue with the quite literal aim of saving humanity from capitalism and modernity. This may sound utopian, but utopia is one of the most beautiful values of modernity. It is necessary to save these values and start the collective labor of, in the words of the indigenous Ecuadorian Quechua leader Dolores Cacuango, “sowing moorland straw across the world, for the more you tear it out, the faster it will grow”. 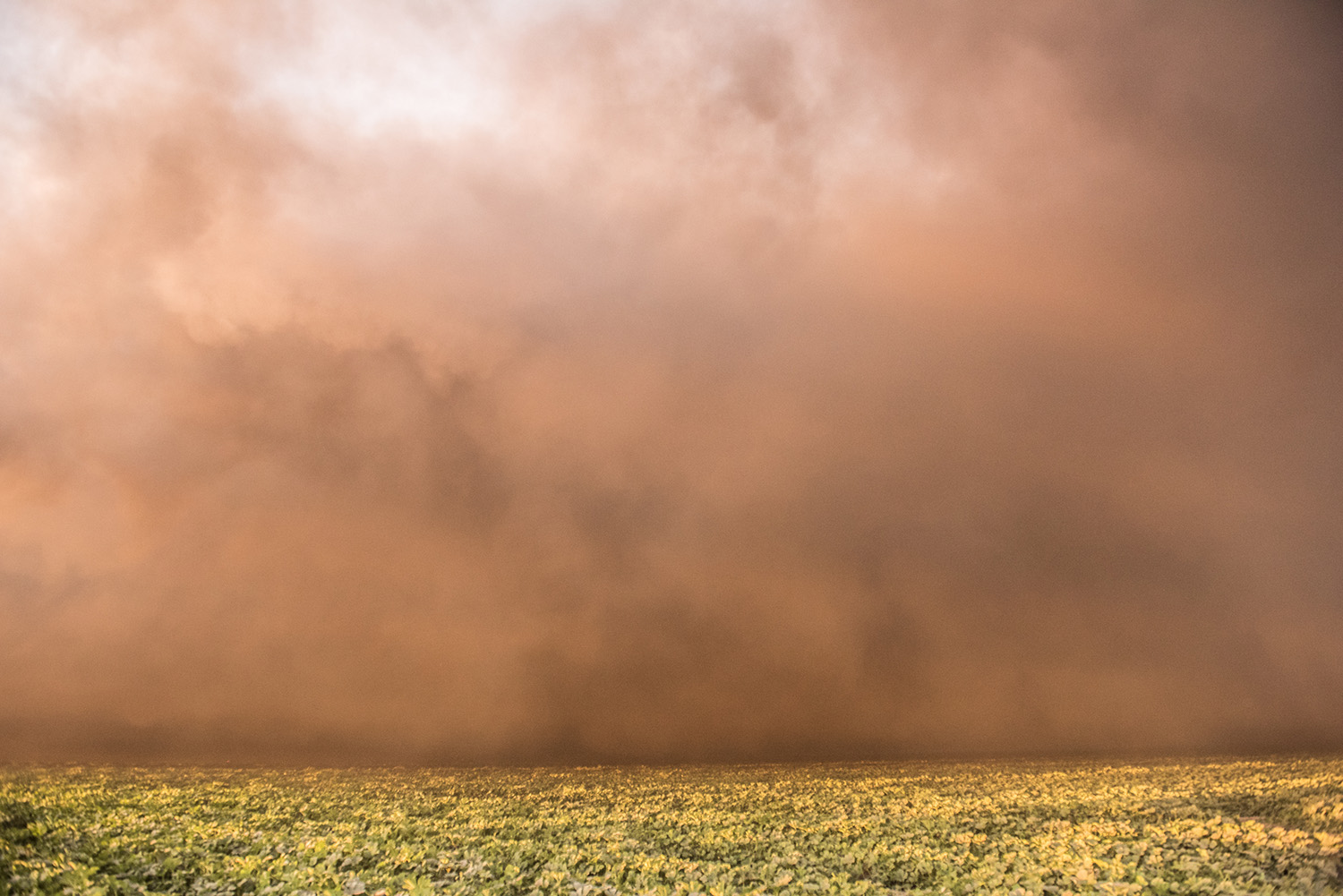 Towards an Environmental Architecture