In this news story Aramburo describes every stage of a Bogotá hangover in real time: triumphs and defeats reveal themselves in this theater of war and pain. 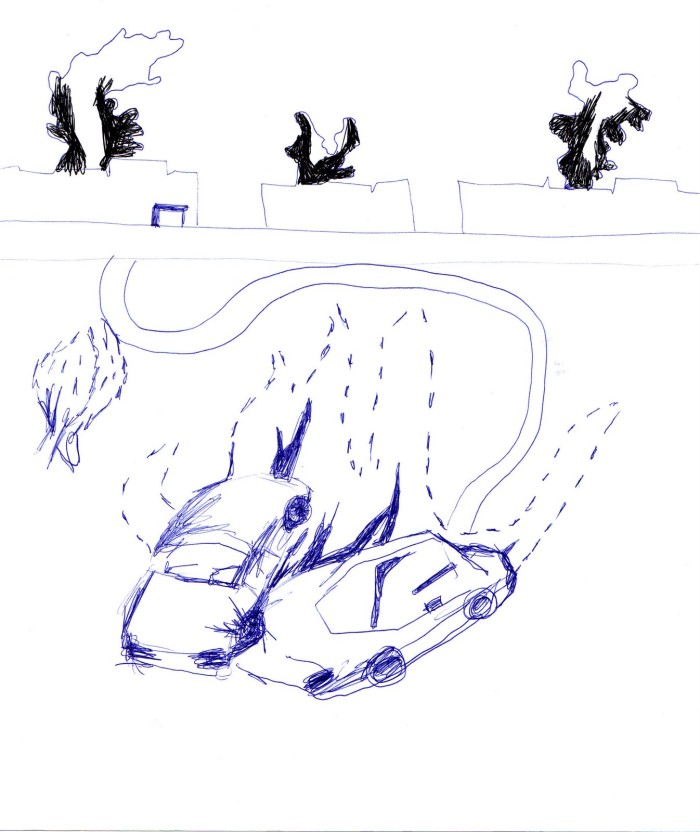 When Natalia told me she wanted me to write something on el guayabo—Colombian slang for a hangover—her choice of an author at the very least struck me as logical. My expertise on the issue is wide-ranging and verifiable. I imagine a mind trained in the self-destructive science of libations, and drifting along on their currents, is a more than qualified voice to speak on the subject, above all because it lacks any importance—like every other truly important subject.

I leave to meet up with Flautero at the Plaza de Lourdes. Flautero is my friend. We’re the sort of friends who parley drunk because neither of us has any social graces and we know that sobriety puts us at a clear disadvantage in these controlled environments. We greet one another with a lingering embrace that lasts long enough to calm our nerves a bit. But you’ve got to buy a drink straight away to banish the awkwardness once and for all. A half bottle of aguardiente is always my first choice; the size is sufficiently portable, and shareable, while we decide what we’re going to do; and what’s more, the bottle fits perfectly into a rear trouser pocket. I speak to Flautero about this idea of doing a magazine article on hangovers and he responds with a supportive phrase I cannot now recall. It was something like eeehhhhggh ghh ghhh. 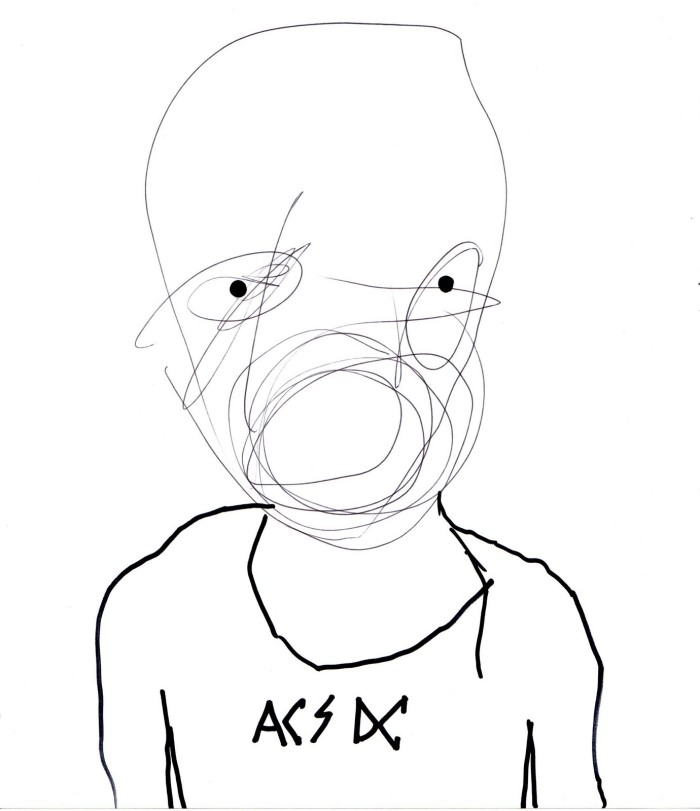 I’ve always liked hangovers. In my mind, a hangover functions as the most spiritual part of dissipation’s extended rite.

“Disdain for the hangover is like being Catholic but never taking communion.”

“I don’t know, but I can’t stand a hangover because it really gets me down, even if depression is the only life I know anyway,” Flautero rues.

To achieve a real whopper of a hangover, you’ve got to mix every different kind of booze possible, smoke like a Chinese factory and accept everything the Pucha Mama gives you. It’s super important not to take even a drop of water that hasn’t been spiked and in fact you need to avoid the people who offer you the harmless stuff.

11 PM: As I speak incessantly, as is my wont, I hail the bawdyhouse waiter for a piece of paper and a pen to jot down some of my ideas about the article. I write some downer phrase like “when you’re drunk you get to know other people; hungover you get to know yourself.” It’s a sentence as emetic as the hangover itself. 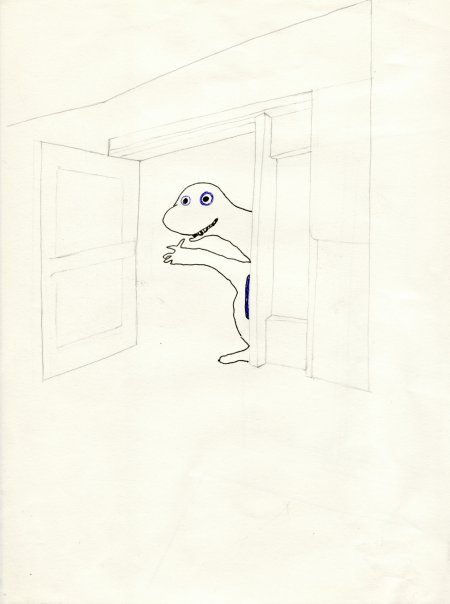 2:30 AM: At least that’s what the bouncer at the bar I frequent told me now that I’m really far gone. It goes without saying the club is favored by ad execs, telenovela actors and people who are as stupid or more so than that. At this point Flautero and I had put away another bottle of green aguardiente, three gins rather scant on the tonic and a couple of popper hits. I’m on my own now and teetering adrift. Flautero vanishes as he does habitually; he had gone to ninja camp where they taught him to make smoke bombs and breathe underwater through a reed but I believe its only practical application was the ability to disappear from tiresome gatherings and parties undetected. Clearly unhinged by the indolent mix of cheap booze at luxury prices I get into a cab. I’m never going back to that place, I think. It’s very sad and very funny that I always think the same thing; it’s very sad and very funny that I don’t know if this is a good spot to put a semicolon. I ask the driver to stop someplace I can buy something to grandly cap off my research.

3 AM: I find some blow in a pocket stuffed full of receipts and other perfectly wrinkled scraps. Blow can be a major aid to a great hangover, so without thinking twice I quickly lick it up, so as not to get noticed. I get noticed. I can’t find anywhere to buy more liquor but I remember I’ve got half a bottle of pisco at home. In any case the cabbie is starting to get impatient. I could put on some Motown while I fix myself some pisco sours, I babble silently. I reach home in patently bad shape; I take a major swig of straight pisco, straight from the bottle, put on a Venga Boys mix and pass out on the sofa.

3:42 AM: I start experiencing the first heaves. My idiotic commitment to this assignment makes me laugh. The dizziness has me thinking of what they said when I was getting through my first drunken episodes, about the importance of knowing how to “anchor” to avoid the knocks that come from choppy seas. Anchoring means to put one foot on the ground, which in the context of this delirious image seemingly taken from a pop lyric, would be a like a ship’s anchor. I think about that association between alcoholic seasickness and a ship’s movements. I think about the metaphorical tone in everything that occurs to me when I think about a hangover. At this point it would seem that the worst pain of hangovers has to do with memories, associations and the lacunae that are proper to a short circuit in the tower, as my friend Guguillo called it, having broken the most valuable vase there was in my mother’s house. Now, as is fitting, I’m going to bed. To sleep, drink water, groan and barf. 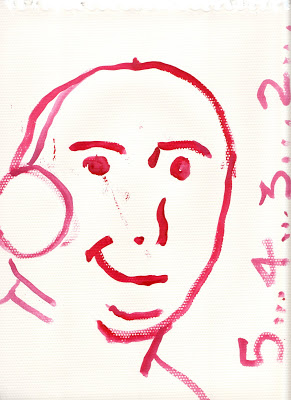 5:22 AM: Although I believe I haven’t slept even one second, day is obviously breaking and the awakening city is what drills intensely into my head. Barking dogs, people talking; this is what death must be like. One second before you go, your senses must be at their maximum state of exaltation and then, zap! It’s like getting the answer to every human enigma and right then and there you pass on to the other dimension—nothing.

7:19 AM: Time to venture out and buy everything I’ll need to get though this hangover:

It works in the manner of first aid: the dizziness and the headache need to be wiped out before the early symptoms of guilt come on. I go back into my house and turn on the TV. I always go with a Disney picture or QVC. I believe a false sense of optimism leads me to think very little, or enough to understand that everything is very real for my tastes. 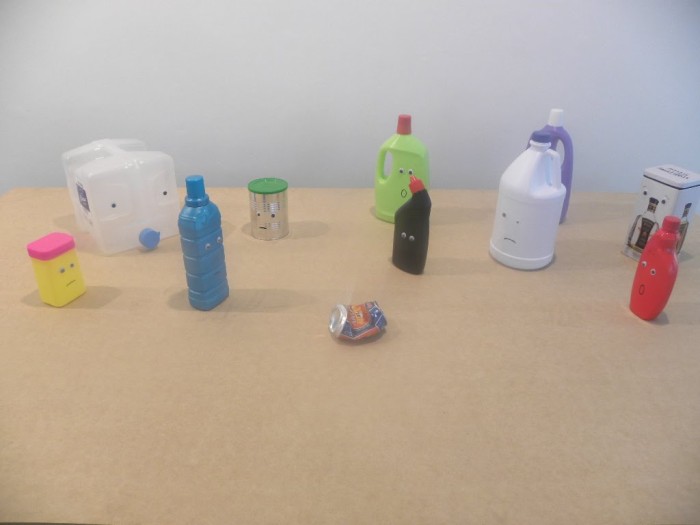 9:40 AM: I peek into my wallet to find out just how great my excesses were. Everything seems okay. I call Flautero to find out what it was I did last night. He doesn’t pick up and I figure he won’t want to see me for quite some time. Although in general I remember everything as if it were a curse, sometimes peak moments escape me, like the time I adopted a street urchin in a stupid act of beneficence that cost me an old sound system and a couple of kitchen appliances.

11:00 AM: Time to eat something. I go out in search of lechona like Proust on speed. Lechona is a delicacy made of pork with rice and vegetables. The best way to know you’ve climbed to the summit is to have eaten an entire plate of lechona.

12:30 PM: I go back home and it makes me really sad. One time someone told me that the Colombian word for hangover, guayabo, came from some place in the country where the hens that awakened sick did not leave the coop to hang out with the other birds, to look for chickenfeed and whatnot, but rather sought out a tree (in this case a guayaba i.e., guava) to ride out their infirmity—thus they were said to be enguayabadas, “guava-ed.” The story bothers me because I would have expected much more from the magic realism of our nation’s rural troubadours. Something like ratón, (“mouse”), as as the Venezuelans say, or the Mexicans’ cruda—i.e., “raw”—seems a better word for hangover. The usual Spanish resaca strikes me as quite generic, but who am I to make lists when I’m something less than a hen hunkered down in a guava tree? 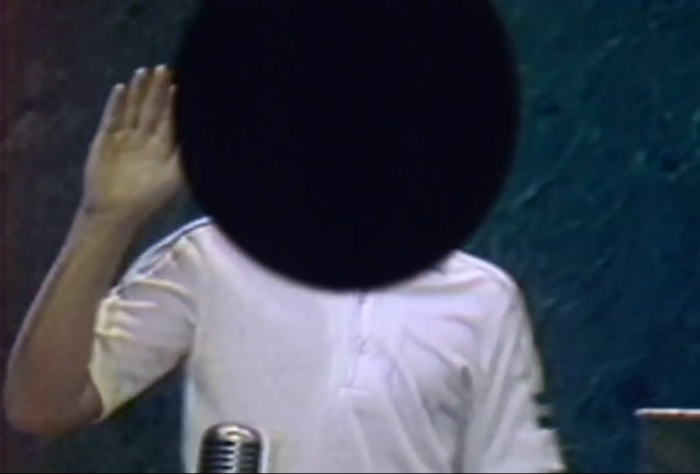 After the Utopian Sleep

In the midst of a siesta Gabriel Chaile and Duen sacchi talk about the histories of fragility, the genealogies of forms and the possibility of inventing new meanings that mobilize symbolic and material transformations, appealing to the political commitment of the artists.

Writer and filmmaker César González writes a chronicle on the aftermath of confinement where he explores the relationship between merchandise and the prison system. Who benefits from the “crime industry”?