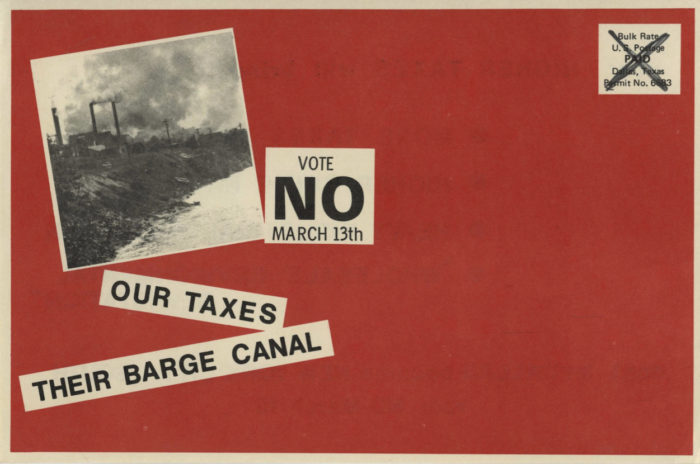 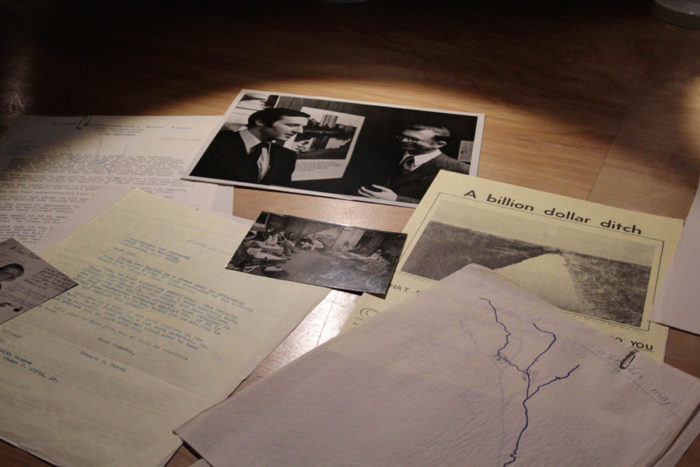 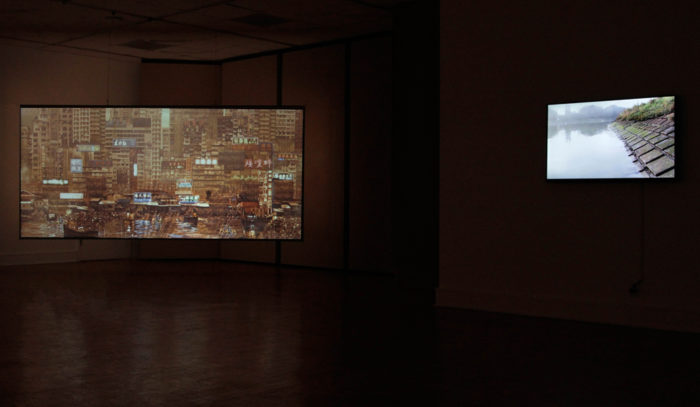 Since the late 19th century, Dallas has envisioned itself as a center for economic trade. The Port of Dallas, a planned (but never realized) inland port with a fluvial network stretching from Dallas to Houston via the Trinity River, would bring Dallas to the forefront. This has been an ongoing topic of conversation for the past 125 years. As a massive engineering and dredging project that has rerouted the river around Dallas’ city center, the vision of the Port of Dallas overlooked any harmful effects on communities or ecosystems in its path. With the project’s eventual failure from a lack of political and economic support came the scarring of a landscape. Wide Open explores the historic precedents of global trade established in the past centuries that have formed the present political, economic, and geological landscape of Dallas. The exhibition will consist of a multi-media installation with works by international artists in conversation with historical documents from SMU DeGolyer Library Archives on the late 1800 and 1900’s Port of Dallas project, which in the planning left a transformed and diverted Trinity River.

The exhibition is co-curated by Pollock Gallery curator Sofia Bastidas and New York-based urbanist Guillermo León Gómez as part of their ongoing curatorial initiative Port to Port, a program interested in how urban zones are globally networked through processes of economic investment and trade, facilitated and accelerated by telecommunications and finance. Symptomatic of the neoliberal urges of global capitalism, these processes lead to the creation of homogeneous forms of infrastructure and design. Wide Open surveys these issues in multiple scales—from macro to meso—depicted through varied mediums in the exhibition. Selected works explicitly and implicitly illustrate material and geological transformation by economic, political, and physiological forces representative of the current capitalist planetary urbanization paradigm.