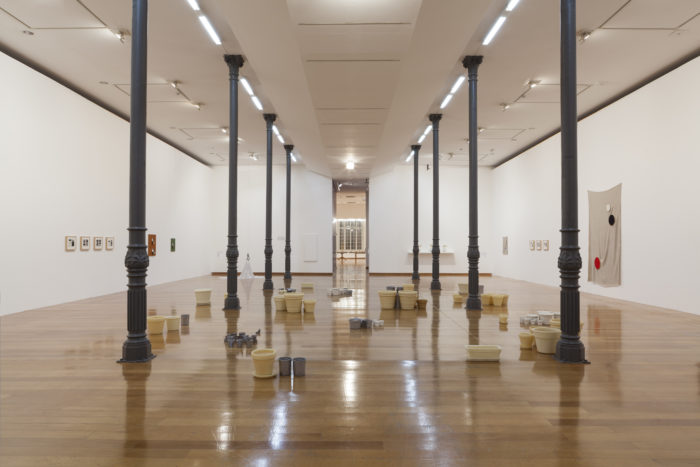 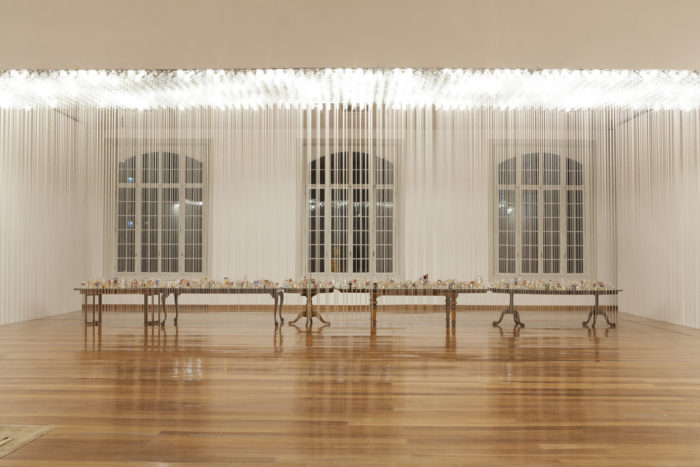 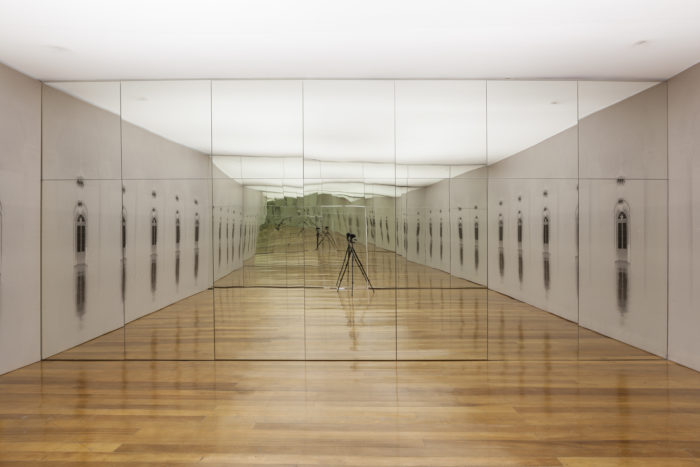 For the exhibition at the Pinacoteca, Júlia Rebouças has selected 40 works from the museum’s own collection and from private collections, as well as works lent by the artist herself, some of which have never been seen in Brazil. As the title of the exhibition suggests, the paintings, collages, objects, installations, and sculptures displayed present intermediary contact zones: the intersections between the individual and society, between the covert or mysterious and the explicit, between the past and future, etc. “The exhibition also includes works that explore the idea of collectivity, whether through the act of collection, which Soares explores in a number of her works or by constructing a shared experience, as in Epílogo (2016) or Vagalume (2007)”.

Valeska Soares: Entrementes deals, in general, with all that which concerns the intimate but can be lived in communion. “In this sense, Detour (2002) – inspired by the tale Cities and Desire by the Italian writer Ítalo Calvino – is a central work, since it originates from the idea of the same dream that is dreamed and narrated by different people,” explains Rebouças. In the story, the dreamers, hoping to find the object of their desire – a woman running naked – end up creating a city that replicates the paths where they lost her. Soares uses the tale as her inspiration to create an environment that, although confined, suggests an infinite number of exits through the use of mirrorings.

“Part of the strength of her poetics lies in that which evaporates, flows, fades, wilts, silences, dissolves, melts, breaks,” the curator adds. The 1998 installation Untitled (From Vanishing Points), from the Pinacoteca’s collection, is an example of this. In this work, the artist reproduces a set of potted plants as they were arranged in her garden. Replicated in wax, porcelain, and aluminum, they mark the absence of life as an organic force, while they are signs of another time or existence that escapes the attempt to restrain it. In this way, they replicate the structure of memory, since it is only possible to look back and remember from the present, and it is from the experience of the now that one fills the gaps of the past.