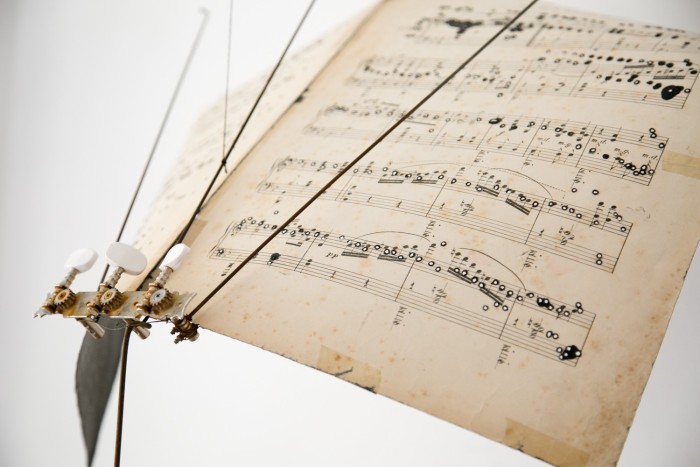 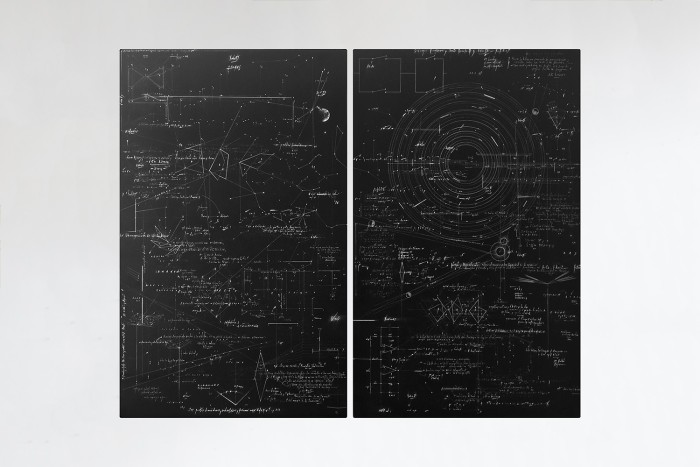 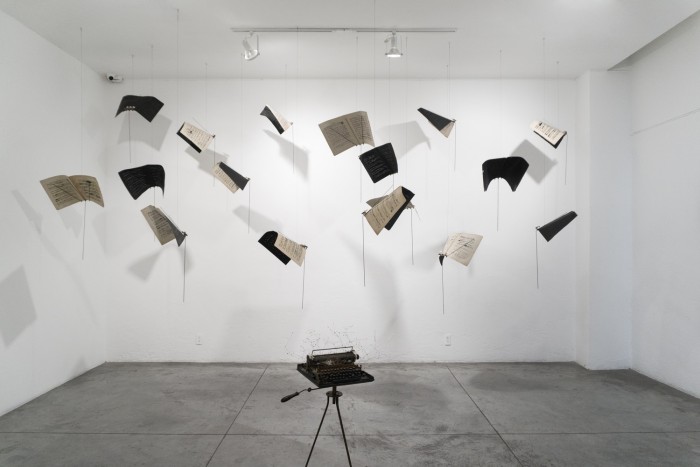 Edwards’ work has been developed around the role of herself as an active observer of reality, an agent producing object-scenes from a collection of random elements she finds and selects. From these journeys she creates relationships and constellations between objects or fragments, guided by intuition and amazement that find their correlation in the strong influence of scientific and philosophical thinking. These constellations, which take the form of installations, notebooks and chalkboards, among others, relocate that which has been discarded or has gone unnoticed by others, giving it a new presence and appearance.

Continuing, but at the same time turning her research around one of the most transversal themes of her work, the astronomical universe, the artist presents three new installations, with subtle mention of the objectual world of music: a mobile construction, blackboards and a machine-like object. The first of these stands out for its scale by presenting us with a constellation of transfigured musical scores, which are invisible as such in their continuous, dynamic and innocent movement. This piece dialogues with the other two, which emphasize the tension between reinterpretation and objectual uselessness, generating an atmosphere of fragility, lightness and balance. The spacial and object organization of the room takes us to a place where time seems to have been suspended, where the viewer can read and experiment in his own journey.

The name of the show comes from these operations that oscillate between the scientific and the poetic; a view of the universe as an infinite framework composed of verses or phrases, that joined by a sometimes visible thread, connect the various pieces that roam free in the air, like the verses of a poem that has been marked in space, creating a logical as well as poetic work.

If you want to do something, forget this debt, and remember it later.