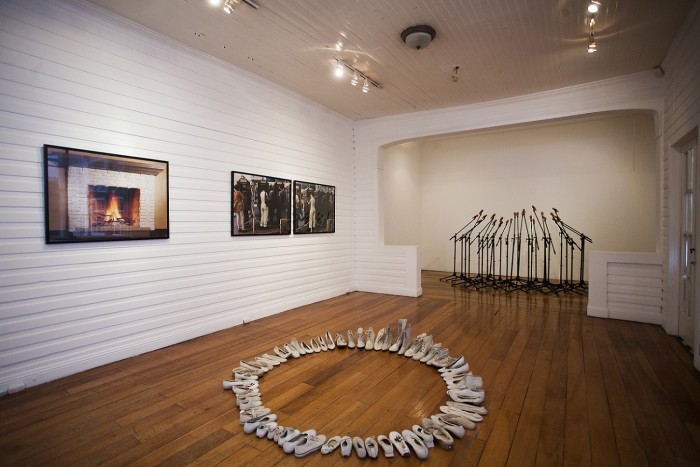 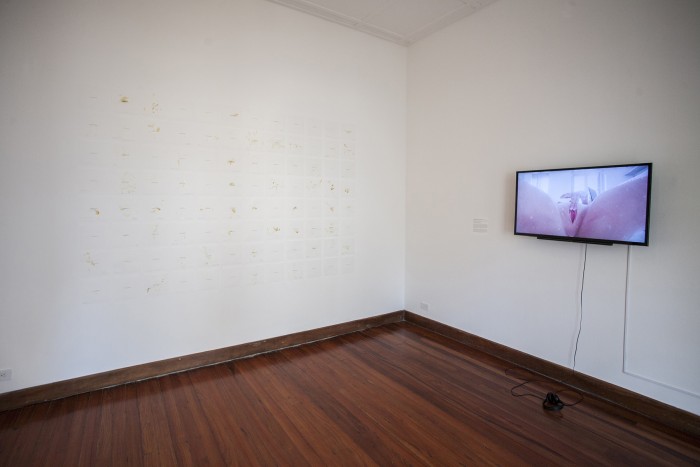 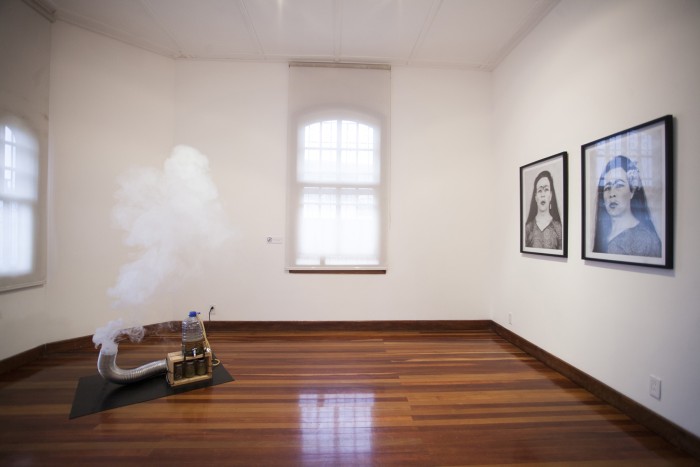 This exhibition explores how artists position themselves in relation to time as a normalizing concept and mode of experience. The works gathered here propose strategies that confront hegemonic models of temporality, from official accounts to biological rhythms and historical chronologies. In doing so, they uphold the conviction that interrupting sequential time can produce new and affective structures of belonging, capable of forging alternative histories and identities.

The exhibition takes as its starting point queer theorist Elizabeth Freeman’s reflections on what she calls “chrononormativity” –a process of standardisation in which “schedules, calendars, time zones, and even wristwatches inculcate what the sociologist Eviatar Zerubavel calls “hidden rhythms,” forms of temporal experience that seem natural to those whom they privilege” [1]– and “erotohistoriography”, or a deeply affective approach to history rooted in desire.

Along these same lines, a number of works pose questions about the possibility of re-writing history from a queer perspective. In the sculptures Butt-plug bicéfalo 1 y 2 (2015) Osías Yanov appropriates pre-Columbian ceramics, turning them into sex toys that invoke a past of homoerotic practices, whereas in the photograph Frida Kahlo (1990) writer Pedro Lemebel cross-dresses as the Mexican painter to invoke her memory for the political struggles of the present in a ludic and subversive way. Through montage William E. Jones appropriates fragments from 70s porn and camp films to construct oblique narratives. In Film Montages (for Peter Roehr) (2006), images are presented as a succession of repetitions that account for the desire to erotically connect with bodies from the past, alluding to how non-normative life and sexuality operate in the opposite direction to the logic of synchronicity and temporal continuity.

Other works focus on gestures that break with rigid models of identity or adopt a socio-political stance. Emilia Prieto’s woodcuts –which were originally published in the magazine Repertorio Americano, edited in Costa Rica from 1925 to 1945– show the hidden face of this country’s modernization, whereas Cecilia Vicuña’s collage Árbol de las manos (Tree of hands, 1974) uses fragments of hands to compose a monument to resistance, solidarity and mutual care in Chile during the years of the military dictatorship.

The installation Guamán (2016) by Andrés Pereira Paz observes the bodies drawn by indigenous rebel Felipe Guamán Poma de Ayala, who made a graphic chronicle of colonial violence in the 17th century. Focusing on these characters’ hands and feet only, this work employs a subtle, comic-like iconography to recall these histories of domination and resistance. Also delving into the 17th century, Marton Robinson appropriates the image of Peruvian friar St. Martin de Porres, America’s first black saint. Through wax sculptures in which St. Martin’s body is transformed into a melted phallus, the artist presents an ironic commentary on the stereotype of black men as beastly and primitive people, subordinated to their sexual instincts alone.

Some sculptures and installations account for bodies that have been made invisible or erased from history. The installation 4’33” Versión 2 (John Cage) (2015) by Benvenuto Chavajay is composed of numerous terracotta microphones placed in front of an empty wall and makes use of silence and absence to draw attention to the indigenous communities that have been stripped of their right to have a voice in the face of imperial violence. Meanwhile, the sculpture Mandala (2007) by Walterio Iraheta forms a circle from seventy white shoes of different sizes and for different ages, alluding to the circular, intergenerational and inescapable nature of the civil war in El Salvador, which modified the course of history and left more than 70,000 dead between 1980 and 1992.

Other works compose rhythms of empathy and desire that oppose the ways in which subjectivities are constrained by periodization, patriarchy and the rhythms of capitalist productivity. Through a poetic approximation, the video She Puppet (2001) by Peggy Ahwesh uses the video game heroine Lara Croft from Tomb Raider to reflect on entrapment, identity and mortality through cyclical scenes that show her perpetual death and rebirth. Priscilla Monge’s Cómo hacerlo tu esclavo (How to make him your slave, 1995-1996), on the other hand, consists of instructions for a love spell made out of menstrual blood, confronting gender hierarchies and the dangerous entanglement of love and aggression.

Text by Robert Leckie and Miguel A. López