From October 14 to December 3 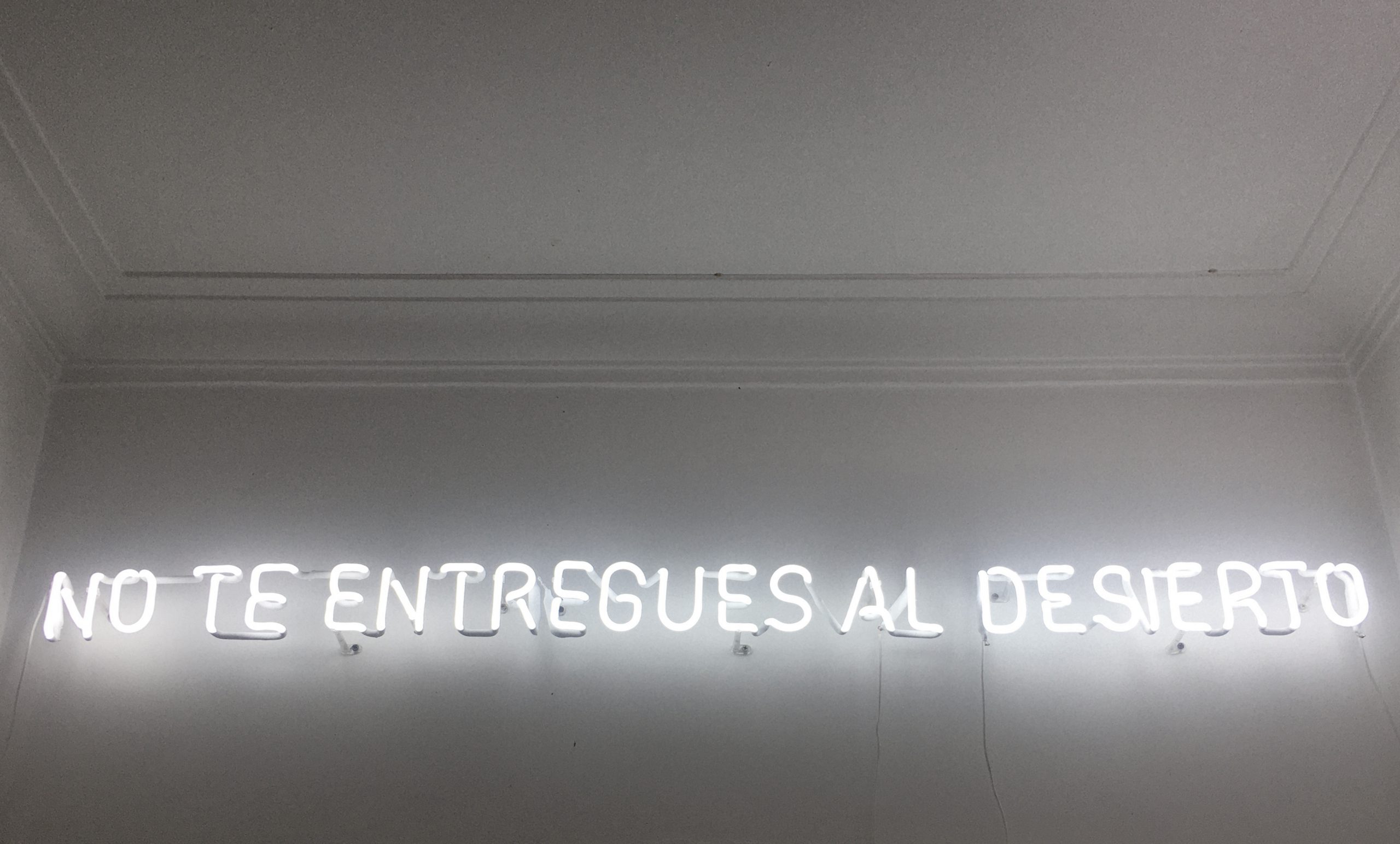 THE UNSTOPPABLE BLAZE OF CHAOS

Nobody has yet been able to asses what is it that makes art, exactly. Rainer Maria Rilke came -arguably- as close to achieving it as anyone ever did. Famously, it was Auguste Rodin’s influence that led the poet before an almost ruined piece of ancient sculpture. That fragment of a very early Greek statue, which might have been barely preserved at the back of a Parisian museum, inspired the verses in the sonet called ARCHAIC TORSO OF APOLLO. The last words of the celebrated thing poem always retain a trace of fearful influence upon those of us who enjoy aesthetic experiences: “…for here there is no place that does not see you. You must change your life.”

That impersonal, un-enslaving authority, which brought forth from the stone that command heard and transcribed by Rilke, is forever expressed somehow in every artistic creation. It speaks to us, still today, if we are ready to listen, from every edge of Ananké’s work. It is the sole imperative one should not attempt to resist. Without any imposition, it exposes us to the peremptory need of transforming the way we live. Like a Sphinx we need not flee, like an Argos of a thousand eyes who doesn’t try to inhibit us, every single corner of the show looks at us and points us towards AN OTHER-PLACE; empty, open, turned over -so to speak- to its own indeterminacy.

In this other place, there are creations in which classic representation still persists (bronce sculptures, black and white photographs), and there are creations referring to contemporary vanguards (video performances, participative installations). Each and every one of them is a metastable and co-existing state of a single modulation; some sort of universal deformer broadcasting from the depths of the unknown. Whithout duress, whidout complaint, chaos is declared, blazing and unstoppable. The proposition is, in a sense, simple. But it is not easy to muster the strength and self confidence required in order to weather it. One must stand fast and hold on amidst disquieting vibrations, that are in turn capable of inadvertently stimulating a purifying refounding on one’s own structures.