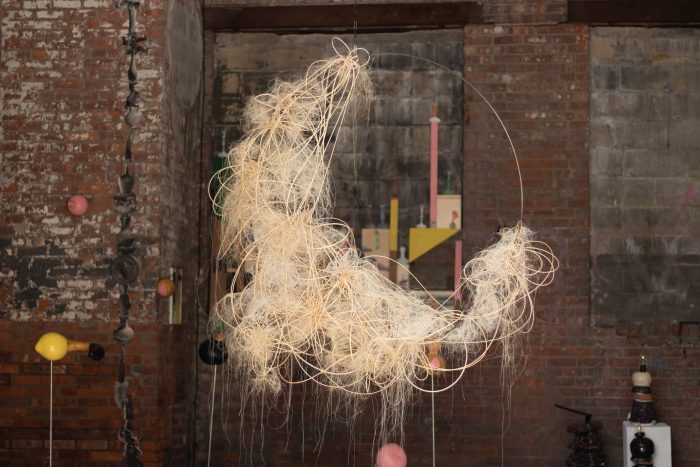 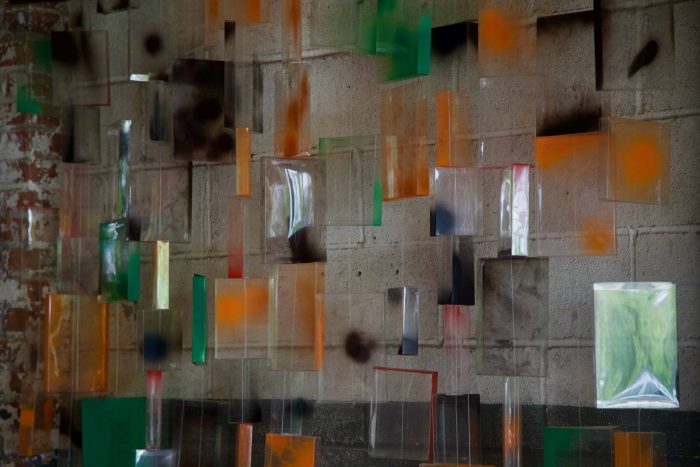 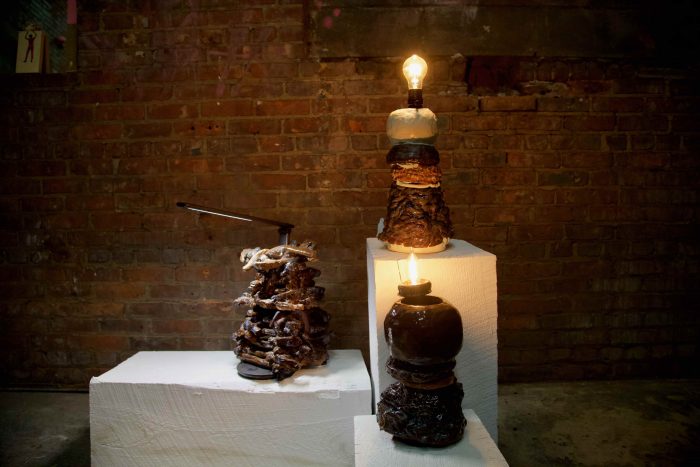 As the sun recedes below the horizon, a soft and uncertain glowing light permeates the landscape. The twilight—an in-between and temporally ambiguous moment—only lasts a few minutes. At this time, the small and almost invisible creatures of the natural realm become most active: they leave their hiding place to bustle into the night and dance into the air, waters and forests. Twilight Chorus evokes a phantasmagorical landscape where the works’ musical and choreographic forms are revealed. The selected pieces have varying textures and expressive qualities that unveil the vibrancy and liveliness of materiality. They are visual poetries whose forms playfully and gracefully twirl and swirl, like the ballerina’s elegant movements. Their lightness, fragility and reflectivity appear, disappear and morph upon viewers’ phenomenological encounter with the works, making their performative function ephemeral and transitory, just like the dancer’s arrhythmic breath. Caught in their élan vital, Twilight Chorus is a suspended moment in time.

Héctor Jiménez Castillo presents paintings that act as a visual musical score. Sprayed paint moves and disappears softly on the transparent surface of juxtaposed sculptural boxes. With a penetrating light, the spray paint simultaneously glows and fades in a choreography of colors.

Suspended from the ceilings are two of Mariana Garibay Raeke’s newly commissioned pieces. Circular metal frames covered with organic materials—reed, fibers and plants, softly swing and morph, receptive to time and the environment.

Ilana Harris-Babou’s ceramic lamps are made of juxtaposed layers that seemingly melt and fuse with one another. Slabs, resembling organic matter are cobbled together. Their wobbly and unequal forms find a balance through their asymmetrical shapes.

guadalajara90210 is a gallery/project-space run by Alma Saladin, dedicated to contemporary art and based in Guadalajara (Mexico), which explores new exhibition formats through the organization of site-specific projects offsite.

The Chimney NYC is an exhibition and performance venue promoting local & international artists. Located in the heart of Brooklyn’s creative scene, the venue plays on the rawness of its industrial architecture. All works are commissioned to interact with the space, creating immersive environments and interactions with the viewers.