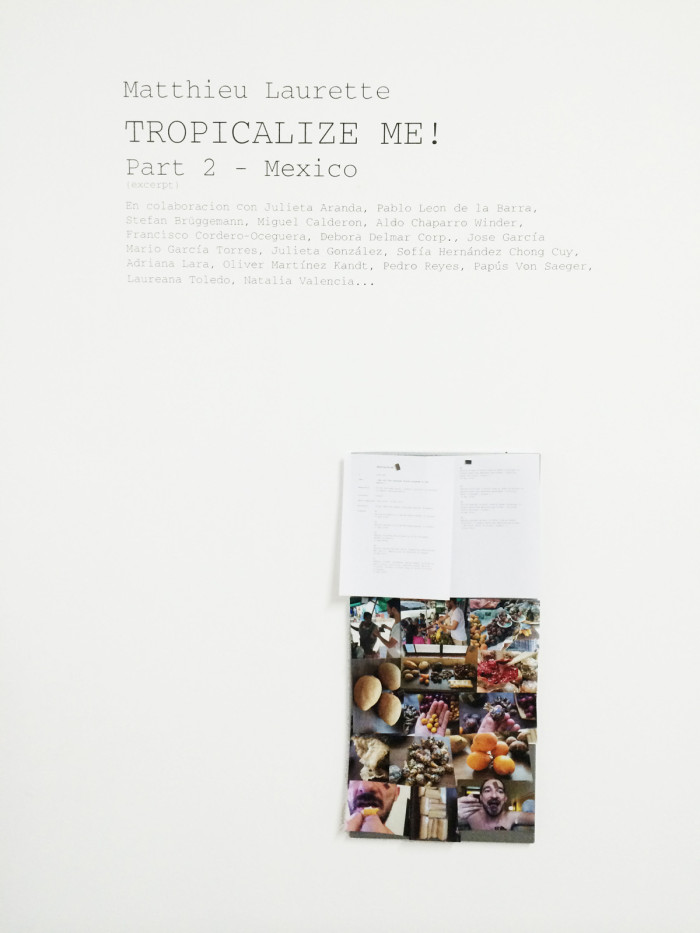 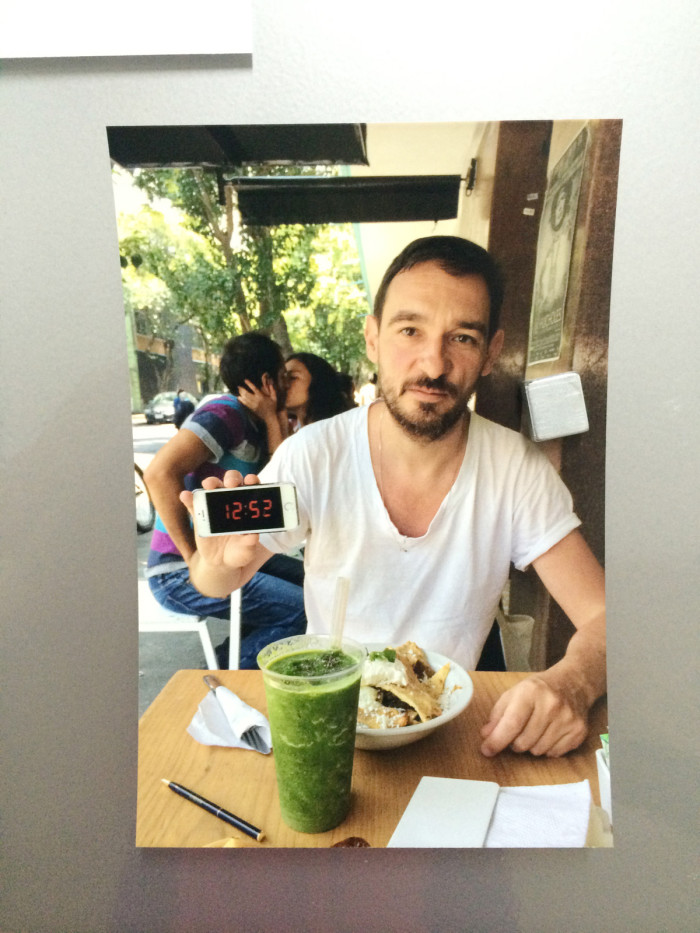 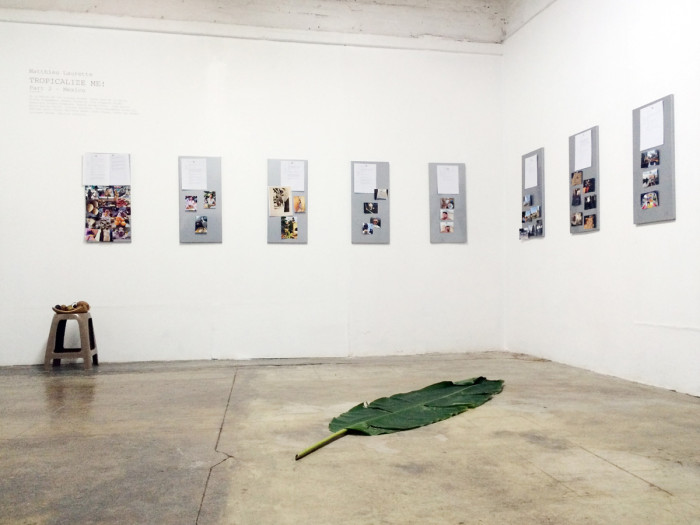 One of the first “new media” artists to have operated in the 90’s, Matthieu Laurette has used stereotypes, role models and processes borrowed from the media and more largely from the idea of the “Society of the Spectacle,” thoroughly in his work. His practice directly questions the relationship between art and life, from his first works in which he appeared on popular television programs to later more complex apparatuses about value and economic circulation, and now to his current work, which is centered on the artistic persona itself, registering actions via certificates, photographs, and social media. Having used dematerialization as his main strategy for over 20 years, Laurette can be seen as a visionary precursor of current artistic strategies affirming the virtual and the network as effective, IRL artistic material.

His ongoing project “Tropicalize me”, started in Bogotá in 2010 and currently being produced in Mexico, consists of Laurette asking different personalities of the Mexican and Latin American art world whom he knows personally to give him a list of tasks, actions or experiments to enact in attempt to “Tropicalize” him. Dealing with the fantasy of the exotic, and underlining its discontinuous nature, the project merges conceptual practices with in situ resources. “Tropicalize me” unveils an ambiguity in contemporary artistic communities longing for firsthand identification with socially constructed post-ideological productions turned into commodities.

This project is produced in the framework of the Start-Up, a project conceived by guest curator Dorothée Dupuis for the 24th session of les Ateliers des Arques, artist residency in Lot, France.