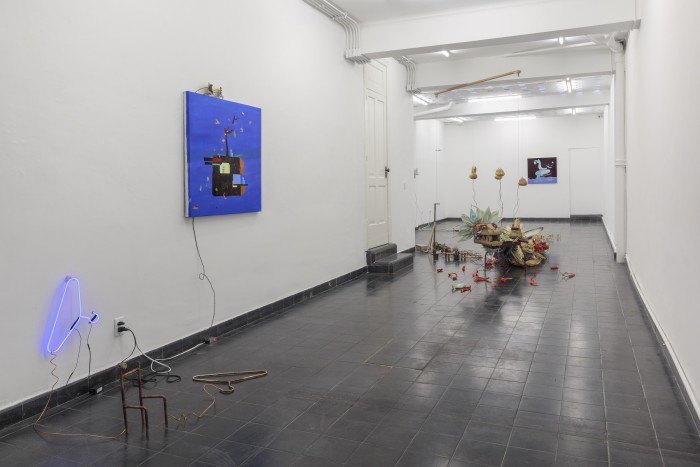 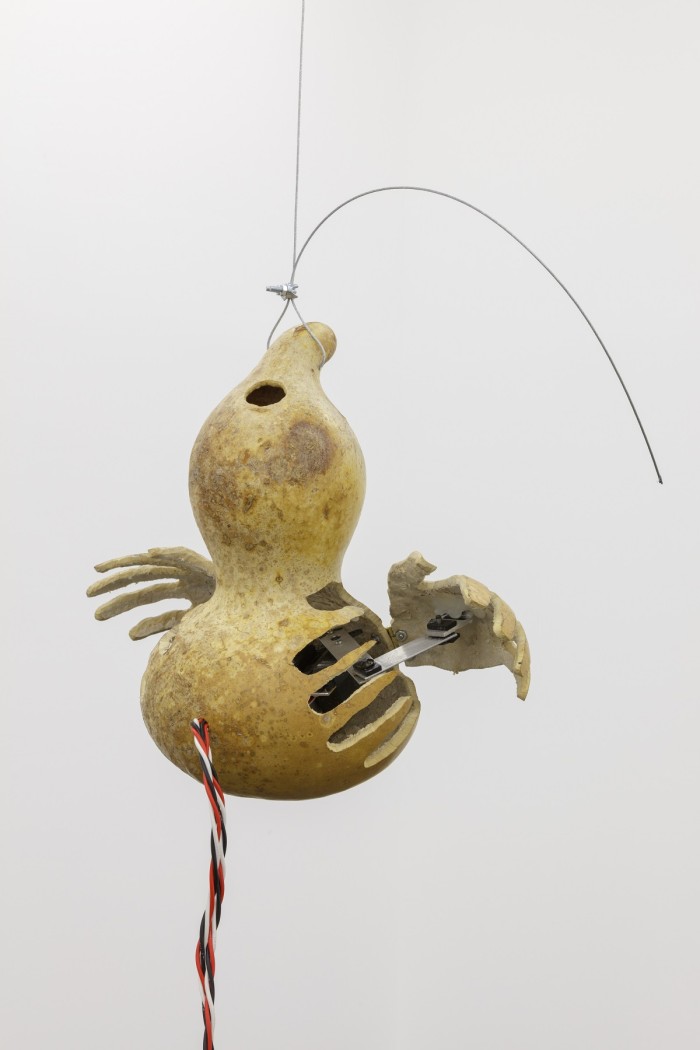 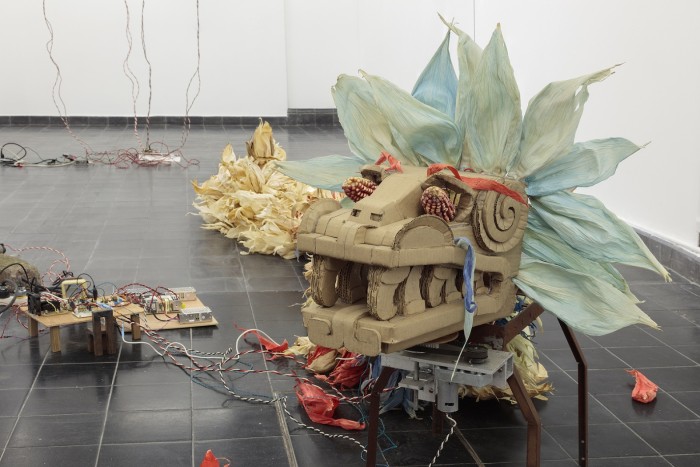 Totlalhuan, Mictlantecuhtli, Chak-ek, Kan or ‘Our land, Lord of the Underworld, Venus, Sky’. This title is somewhat a code name, abstract, but to my understanding adjoins sentiments of the times we’re living in Mexico: the land where we live and the fearful and turbulent air which, according to ancient peoples, were generated at the moment when Venus entered its phase of appearing in the evening sky. Nevertheless, the manifestation of the force which in our eyes is destruction, it’s also a form of creation, that is to say, in the complexity of life it’s also a time of change and rebirth.

The first two words, Totlahuan and Mictlantecuhtli are Nahuatl, Chak-ek and Kan are Maya and Yucatec, respectively. They’re represented by the hieroglyph Totlahuan, the rest of the pieces are in some way represented metaphorically. The works presented in this show are not pessimistic but rather full of hope.