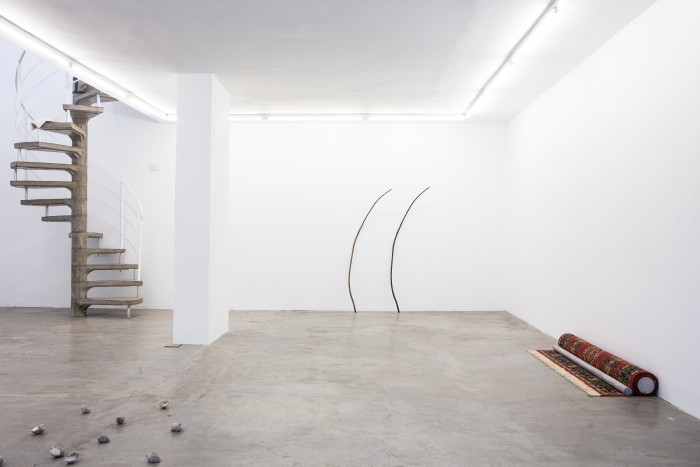 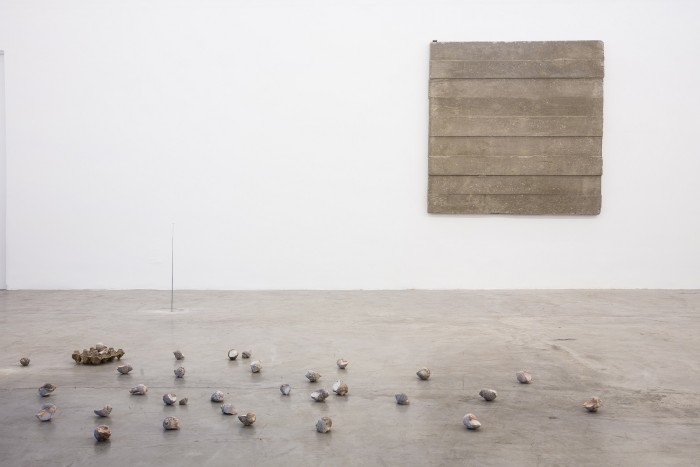 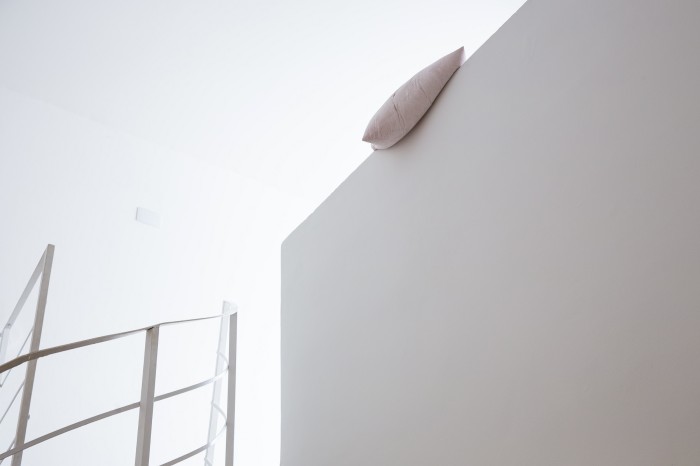 A figure of a common tree twig lays in its process of decomposition, juxtaposed by a new one with the same form, yet sculpted in bronze – in the fashion of classic busts and monuments. It’s the apparition of its own double, and while it approaches and mirrors the other, it also reveals the incommensurable distance between both, the very nothingness, which tempts us to, paradoxically, occupy its content without letting it escape or collapse.

Upon our fluctuating and fragile notions of temporality – and its pile-up of hours, days and years – we locate ourselves outside the present moment: plunged into the emptiness. We catch a glimpse of the raw matter of time and its unforgiving flow, continuously dragging everything with and within it. Adrift in this void, we perceive the weight of an absolute finitude embracing anything and everything, from our conceptions of the undisrupted and immutable, to what easily vanishes away.

The works gathered here inhabit the possibility of grasping and recognizing these intervals. Through strategies that cut open gaps upon the interior of our daily efforts, the artist inflects, reproduces, transposes, and fills forms examining attempts to arrest and document ordinary objects and phenomena.

And so we face unlikely combinations bounded by elements collected from the organic natural world or stumbled upon mundanely in urban scenarios, with materials commonly used for constructive and sculptural purposes. Each act, however, is only completed in consequence of the identification of what is not to be seen: the space in between, the vacant space.

Did You Know We Taught Them How to Dance?