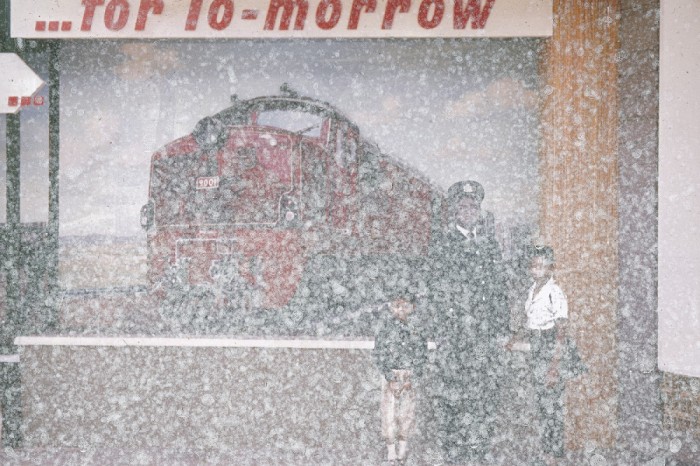 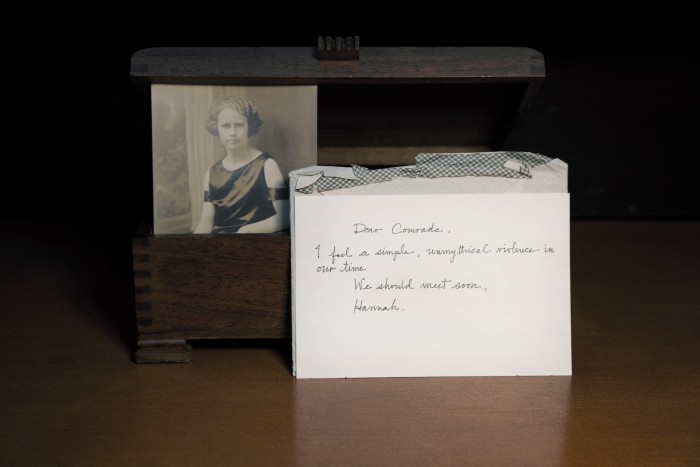 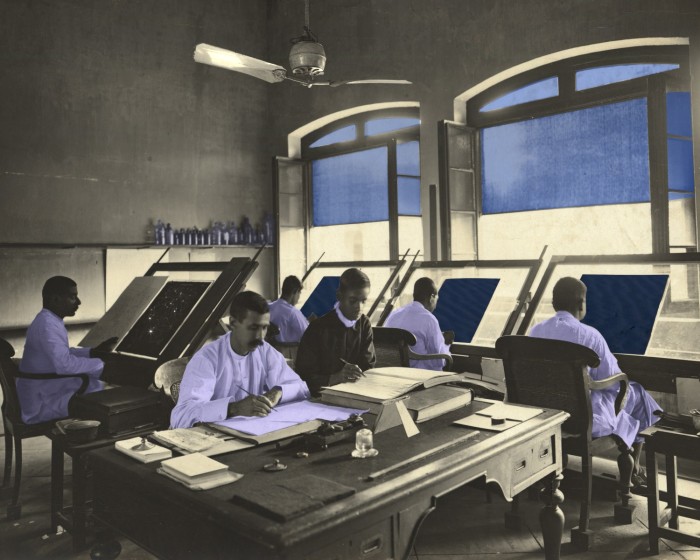 Blaffer Art Museum is proud to debut Time / Image, a group exhibition of artworks and films that probe the question of what constitutes an image of time, rendering it perceptible as an expansive dimension for play and for serious political imagination. Curated by Amy L. Powell, curator of modern and contemporary art at Krannert Art Museum at the University of Illinois, Urbana-Champaign and former Cynthia Woods Mitchell Curatorial Fellow at Blaffer Art Museum, Time / Image opened on Sept. 25, and continues through Dec. 12 at Blaffer before traveling to Krannert Art Museum in 2016.

Staging encounters with materials from the past and considering their continued pull on the present, the works in Time / Image interrogate progress and inheritance—the chronologies that govern how we live—and envision possible futures. They seek out and develop temporal strategies of representation, whether in cinematic images that revive ghostly residues, in montage and other forms of image juxtaposition that propose unexpected alignments across time periods, or in acute attention to the capacity of artistic mediums to portray time, including cinema, video, photography, sculpture, and painting.

Time / Image borrows its title and, loosely, its philosophical framework from Gilles Deleuze (1925–1995), who developed the concept of “the time-image” (l’image-temps) to describe a consequence of the profound effects he felt post-World War II cinema had on viewers’ perception of time. Through formal techniques such as cutting, montage, and repetition, cinema for Deleuze revealed time to be a tangible and active force with the potential to reach beyond the movie theater and into audiences’ experiences of the world at large in all its social, political, and cultural possibilities. Time / Image presents a contribution to the conversation Deleuze initiated, shifting focus to contemporary practices concerned with time’s impression in view of other forces.

Time has played a definitive role in making modern subjects, dating from industrialization, the spread of clock-standardized time delineating work and leisure, and the concurrent onset of technologies regulating time and capital: trains, cinema (with its repetition of a set number of frames per second), proper sexual and family development, and empire. Time / Image features work that denaturalizes modern consciousness of time as a straight arrow directed forward, as measurable, and as a structure over which we have no control. Instead, the artists and filmmakers in the exhibition make past, present, and future difficult to distinguish and contingent upon one another, full of desire and senses of possibility.

“To examine in an exhibition format the reasons why artists are now deeply invested in questions of time is both pressing and overdue,” Powell writes in the exhibition catalog. “While time is currently of ubiquitous concern in contemporary art, very little has been investigated concerning the differentials of time alongside and in the wake of postcolonial, feminist, and queer theory.”

Many of the artists in Time / Image offer fresh critiques of modern consciousness of time as linear and progressive, while displaying profound affinities with the temporal experimentation undertaken by some of historical modernism’s prominent figures. Examples include Isaac Julien’s references to Michel Leiris and André Gide in his major film installation Fantôme Afrique (2005), Lorraine O’Grady’s invocation of Charles Baudelaire in her photo diptychs The First and Last of the Modernists (2010), Andrea Geyer’s citation of Gertrude Stein among a women-centered network in the video Insistence (2013), and Allan deSouza’s video redraft in Ark of Martyrs (2014), of Joseph Conrad’s British colonial-era novella Heart of Darkness.

Raqs Media Collective’s An Afternoon Unregistered on the Richter Scale, 2011, is a looped video projection altering the light levels in an archival photograph, Examining Room of the Duffing Section of the Photographic Department of the Survey of India, taken in Calcutta in 1911 by British photographer and surveyor James Waterhouse. Accumulating the capacities of both mediums to affect the viewer’s sense of time, Raqs enlivens the historical record by animating light and color at work in the making of empire, suggesting elements of fantasy and imagination. As this and other works in Time / Image attest, artists’ attention to history is not about nostalgia, or even exclusively, if at all, about the past.

Other artists exploit the time-bending properties of their materials to shape time itself as a medium in which an infinite number of contingent and simultaneous temporalities become viable, from Siemon Allen’s sculptures and wall pieces made of cut and woven film or VHS tape to A Lexicon of Dusk (2009-15), a durational performance by Ruth Robbins using iPhone captures to propose a new temporal vocabulary.

These and other works in Time / Image interrogate the category of “the contemporary,” not as a simple designation for the new or current, but as a condition in which unexpected copresences and new attachments can be forged. The artists gathered here suggest that we consider contemporaneity as a networked model and method for perceiving time rather than a bounded period in history.