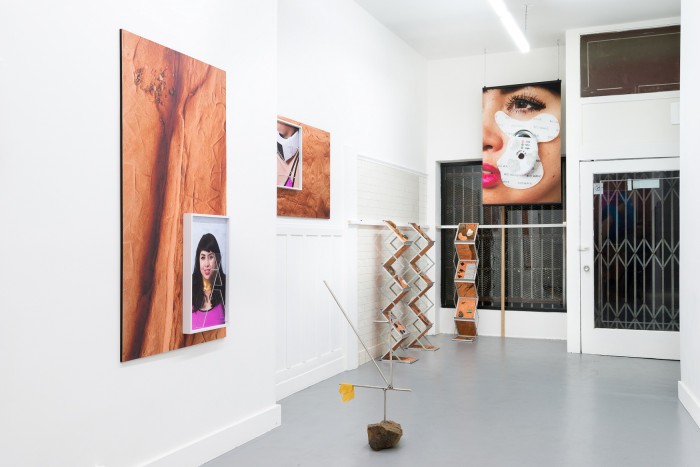 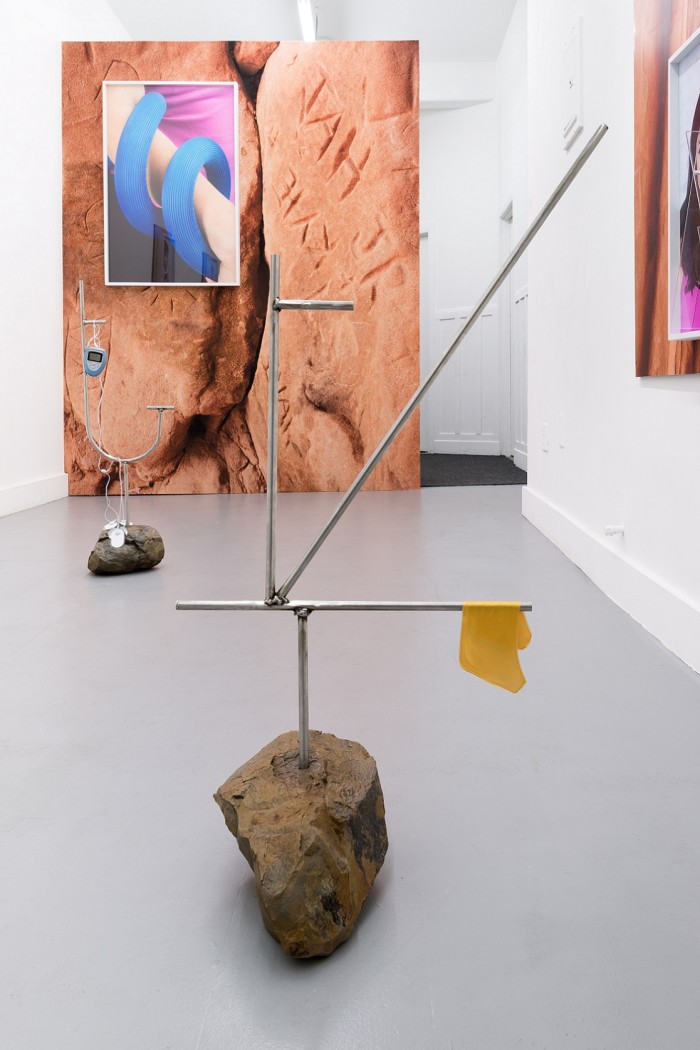 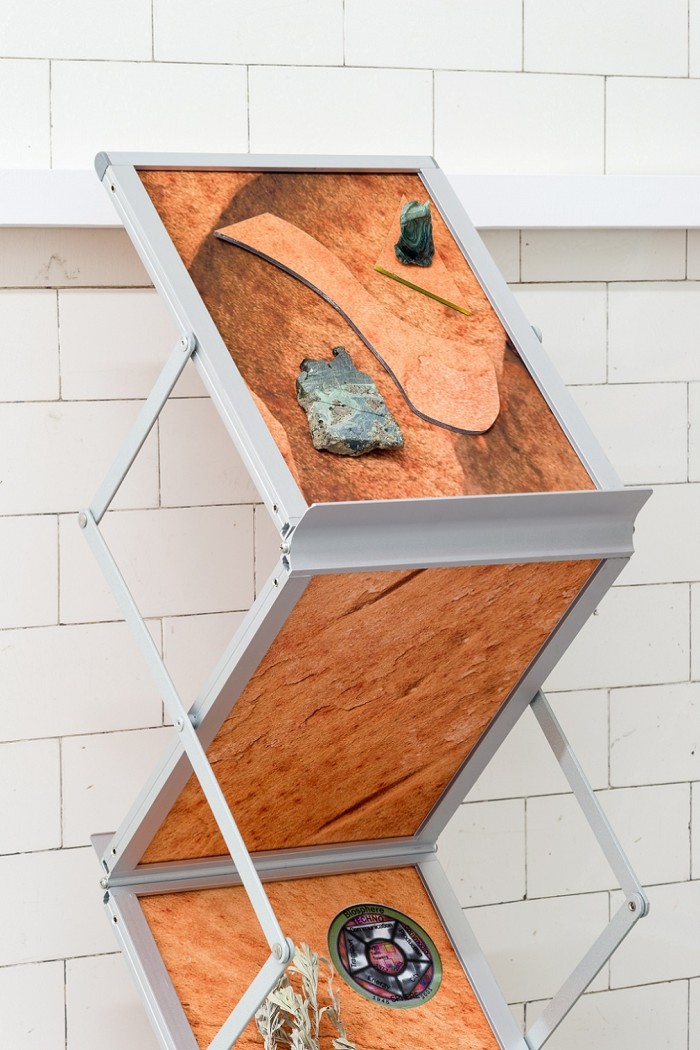 In Time and the Technosphere, Ian James pursues posthumanism through the dimension of recently antiquated healing devices. As we accelerate through late capitalism (oblivion), increasingly trying to undo damage to the self, we pile on layers of corrective technology, mutating into transhuman techno-beings. We are placed into a state of evolutionary hyperdrive.

The work represents a kind of economic spiritualism that aligns the crystalline translucence of acrylic and quartz and besets high viscosity ultrasound gel with the mantle of geologic time. Laced with sculptural talismans and text, his expanded photography depicts “wellness lifestyle” objects that embody our tech culture’s obsession with obsolescence and renewal. Embedded within these once-futuristic objects are momentary fulfillments of bodily desires easily met -a portable neck massage, eye slack constriction, some briefly lubricated skin- and larger, existential desires -health, happiness, self-awareness– all awaiting updates from next year’s model.

The primary component in Time and the Technosphere is a suite of photographs featuring restaged advertisements and instruction manual images, tessellating inward around repeated demonstrations by a recurring figure. The images mimic their sources to the point of collapse; their vibrations slightly off, their exposition flawed by human intimacy. The picture planes themselves have been precision cut, modest shelving sequences protrude from their faces turning the image itself into another delineated site. In a perspectival shift, this assembly hangs atop acrylic-backed custom laminates of tourist graffiti carved in sandstone cliffs, forming wall-mounted ziggurats.

Several of the devices pictured in the works are also present in the space, suspended on stainless steel supports crossbred from a blend of museum armatures and mall display racks. These sculptures are joined by three convention-style collapsible magazine racks, each presenting slag rocks, fragments of Awareness magazine, gathered detritus and info-graphics from the Jose Arguelles book which the exhibition derives its title. In a final gesture of future self-actualization through time-space readjustment, James has produced an editioned calendar, which marks the beginning of the exhibition with excerpts from the Arguelles text promoting a 13:20 cosmological, anti-Gregorian reform meant to lead humanity to the noosphere.