Projector presents “The Sun Quartet” (2017) by Colectivo Los Ingrávidos, a short film quartet of psychedelic metaphors that explore the grammar of trauma in the recent socio-political landscape of Mexico. 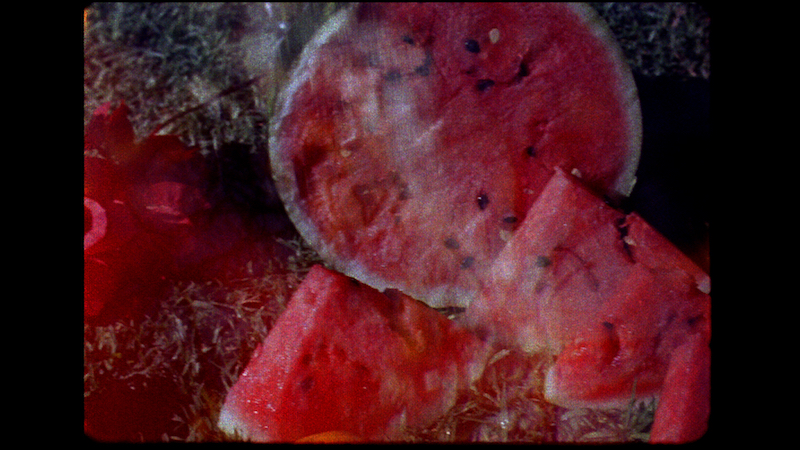 The Sun Quartet, not to be forgotten

“The first of four parts. The Sun Quartet, still one of the most startling, beautiful, terrifying series I’ve ever seen. Ostensibly (and often explicitly) dealing with the Iguala disappearances and the resonances of the 1968 Tlatelolco massacre, but also and throughout dealing more generally with the rare and painfully dispensable beauty of fragile things, a protest against the corrosive corruption of greed and power and the tyranny of soul-murder and real murder that haunts the west, a reluctant monument to endurance and defiance.” — Stephen Broomer

Mexico is going through an epidemic of forced disappearance (women, men, young people, boys, girls, teenagers, adults) that has not stopped increasing since the Mexican government declared the so-called war on drugs in 2007. Sponsored and emboldened by the North American power manufactured in the USA, the irresponsible Mexican government plunged the country into a limbo from which the victims and society are far from escaping. This political and governmental attitude promoted the emergence and irruption of ominous events that end up sinking and disseminating in the mundanity of the daily experience, encouraging the permanent absence of the event through the insistence of its disseminated effects in different symbolic, discursive, and narrative strata.

One of the paradigmatic cases of this modality of the event was the forced disappearance in 2014 of 43 students from the Ayotzinapa rural normal school, where participated either by action or omission, police elements from all levels of government, elements of the Mexican army, as well as a section of the State intelligence service whose modality of “spectator” in real-time of the events did not propitiate an effective rescue intervention of the students. This results in a proliferation of narratives around the disappearance of these young people, a proliferation that crossed all levels and social and political strata: from the pretension of the Mexican State to build a “Historical Truth” around the event in order to “happily” close the case to the contradictory testimonies of witnesses, testimonies under torture, testimonies of relatives, victims, and survivors of the attack suffered by the students.

Nevertheless, the symbolic universe produced by the effects of what happened —the ominous event, in other words, the mass disappearance of 43 young students—implied the emergence and postulation of a symbolic “totality” and an “impossible” narrative, broken, fractured, paradoxical.

Thus, this proliferation of narratives around the event implied an obstacle as a condition for the narration and reconstruction of what happened: the complete integration and reconstruction of the event in the symbolic universe became impossible, and a subjective destitution emerged as a structural element of what was narrated. The story then became a fractured story, it was developed and witnessed from a look made possible by a subjective destitution that led us to the zero-degree of subjectivity. Six years after the disappearance of 43 young students, a cry continues to resound and multiply its echoes: Alive they were taken away! Alive we want them! Let this solar quartet serve as a reminder not to forget.