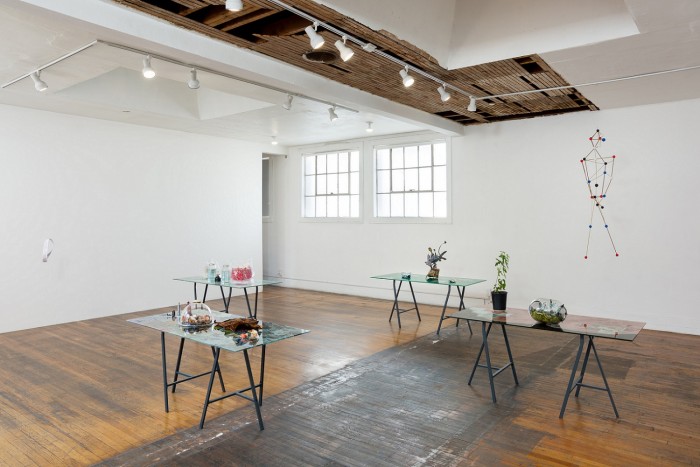 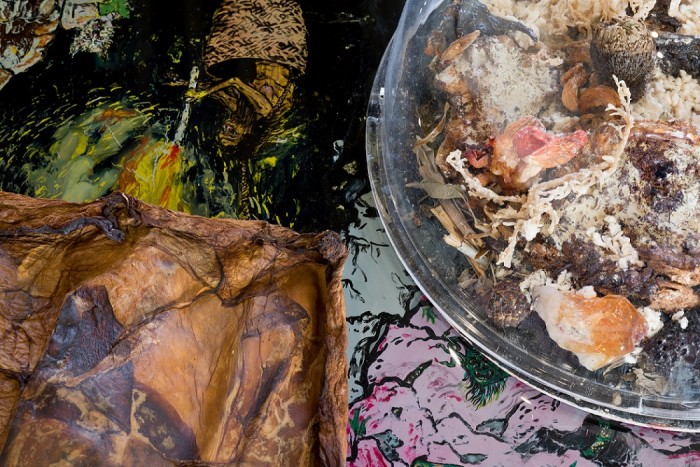 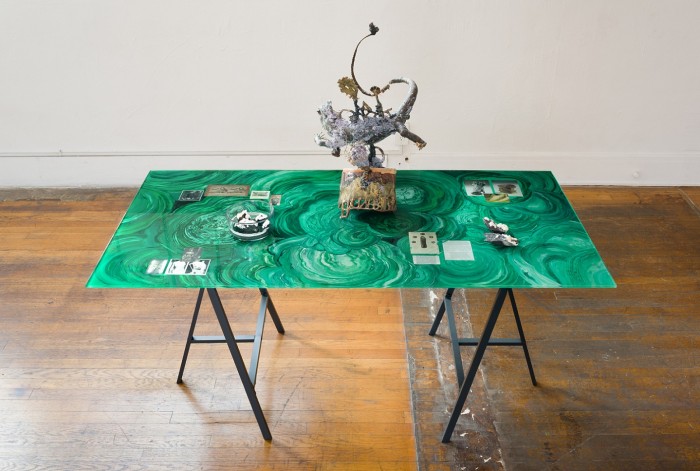 There was a painting of a mountain that hung in the hallway of my childhood. Every evening it would berate me as I lay in my bed, like a cockroach, unable to rise. It called me a silly girl, a cupcake, a deformed puppy, a toenail, and a rock. It told me I was sick and lazy and that I masturbated the wrong way and too much. The painting depicted Humboldt’s mountain and it organized the strata of the world, the plants by their habitual altitude, and the ways that other mountains did or did not measure up. [1]

In the mythologies of the world, flawed superhumans or failed gods are torn apart in fits of rage or jealousy and the fragments of their bodies fall and fossilize, becoming landscape. In plate tectonics, mountains mark the areas where one surface pushes against another fragment of its lost self, a Platonic pansexual Pangeaic dream of earthquakes and never enough. Their grinding is fraught with a mineral desire to change one’s shape, to lose one’s temporary boundaries.

The mountain is the sediment —scar tissue built up in a slow accumulation of flesh wounds— pulling, pushing, and burying what was lost in the call and response. Its remnants of historical violence are arbitrary, relegated to the land of folk. This mythology is barely seen because, like skin, it surrounds us.

The mountain is a consideration of matter in four different stages: putrefaction, petrification, surface, and memory. Each stage is presented as a tableau of objects upon a reverse glass painting of various textures, mythological scenes collaged with historical and contemporary images. Many of the objects utilize living or natural processes, such as the mineralization of chemicals onto a taxidermied reptile (petrification) or the growth of edible mold on a tondo of resin-preserved mushrooms (putrefaction).

The mountain contains an ecosystem of entangled lives. There are silkworms weaving their cocoons which can be used to cleanse and whiten human faces (surface); their spit becomes a shroud to the familiar word “Father” written in George Psalmanazar’s made-up language —an 18th century foreigner who created an idea of the Orient. [2] The surface is ever-changing.

Memory 1: On one of the four tables, there are mushrooms used for cultivating memory-production. These are hydrated and kept alive by a fine mist of liquid distilled from our communal piss. [3]

Memory 2: I came home late last night to find two bottles of urine in a brown paper bag slung over my dilapidated fence. It was bottled so beautifully I could not resist a sniff and then a taste. Don’t worry; I kept it for the communal pool, though I was tempted to drink it all. I would guess that the bottle containing less was a vegetable-eater; its flavor of salt was so punctuated by an herbaceousness that it opened my eyes wide. The other one was softer, more mellow and fragrant like metallic earth with a tinge of ocean.

Memory 3: Before you died, you lived for years with a hole cut into your throat and would pour your whisky into your beer to soften the burn. You said you liked mixing things into beer and once you pissed in a cup of beer and gave it to a collector who was annoying you. He didn’t notice the salty taste. But I did.

[1] I am reminded of a story of a woman who came in really drunk to the tattoo parlor and revealed a tattoo of a giant penis marked as a measuring stick emblazoned on the length of her torso from the crotch up, with Old English Script written above it: “Measure Up.” She asked, “Can you turn this into the Scales of Justice? I’m a firm believer in the Truth.”

[2] George Psalmanazar was a European who lived in London in the early 1700s within an invented persona as a “Formosan.” He wrote an ethnographic text about his life, culture, language, and religion, and survived for many years on the proceeds and hospitality of hosts who found him exotic and charming.