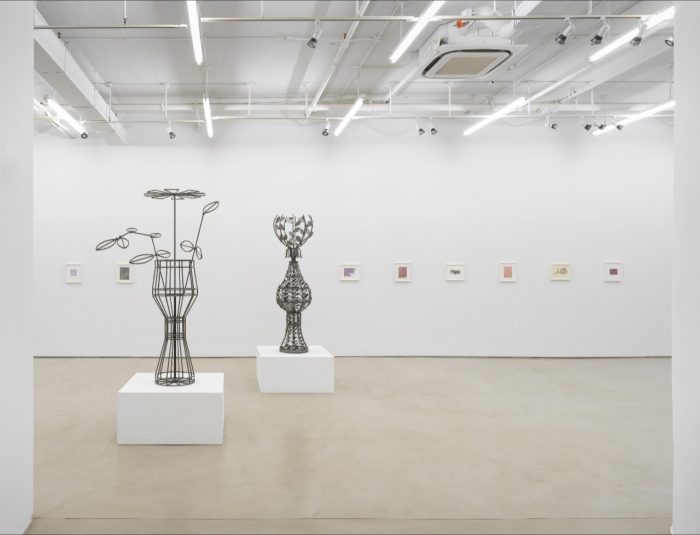 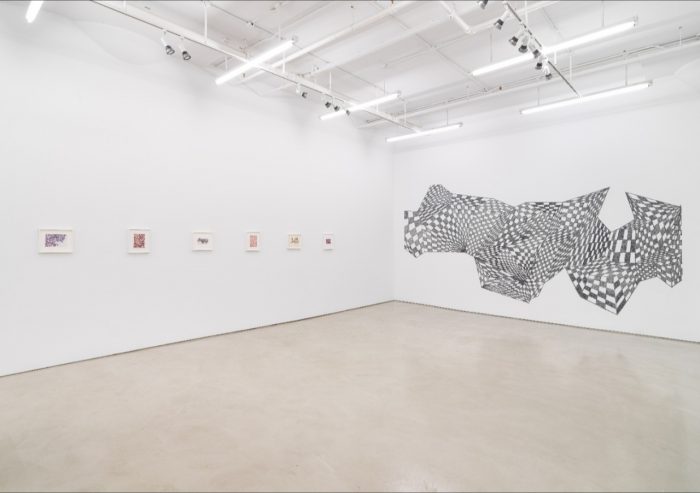 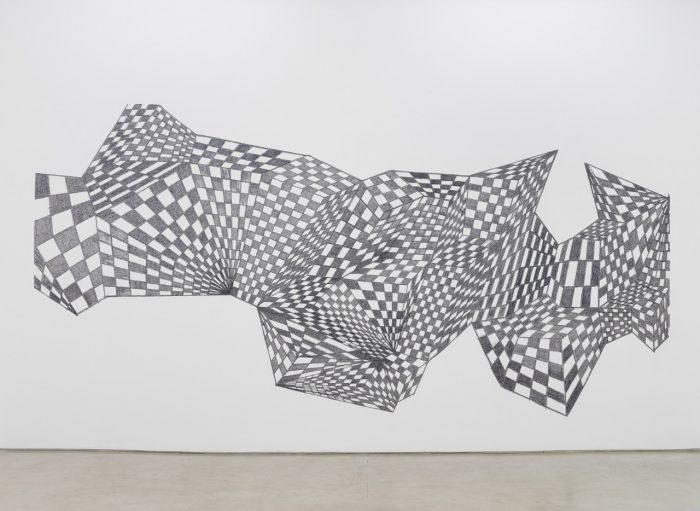 Alexander Gray Associates presents its first exhibition of works by Teresa Burga (b.1935). A pioneering figure in Latin American Conceptualism, since the 1960s Burga has made works that encompass drawing, painting, sculpture, and conceptual structures that support the display of analytical data and experimental methodologies. The exhibition features a selection of historic illustrations and recent drawings, as well as never-before realized large-scale sculptures and a new wall drawing, based on schematics Burga created in the 1970s.

Born in Iquitos, Peru and currently based in Lima, Burga studied at the School of Art Catholic University of Peru in Lima and contributed significantly to the Peruvian avant-garde art scene at the time. In 1966, along with other forward-thinking artists in Lima, Burga formed part of the group Arte Nuevo, a collective of artists interested in advancing genres of Pop, Minimalism, Op Art, and happenings in Peru. Notably, the group only included two women artists—Burga and Gloria Gómez-Sánchez—indicative of the social barriers for women in the country, a subject that would influence Burga’s practice for decades.

After earning her MFA at the School of the Art Institute of Chicago, Burga returned to Peru in 1970. Embracing formal experimentation, she produced works that questioned traditional concepts of artistic authorship and labor. At the same time, responding to the socio-political realities of Peru, Burga created series that addressed how standardized, regulated, and bureaucratic systems function as apparatuses for control and oppression—most saliently for women. Through research, data collection, and conceptual displays, critical works like Autorretrato. Estructura. Informe, 9.6.1972 (1972) and Perfil de la mujer Peruana (Profile of the Peruvian Woman) (1980–81) address these themes. Ultimately facing a repressive military regime which did not favor conceptual art, Burga eventually settled into a career as an administrator in Peru’s General Customs Office. For three decades, she designed solutions to enhance administrative efficiency in the agency’s digital information systems.

Spotlighting key moments of Burga’s diverse conceptual practice, the exhibition includes historical drawings from the series Máquinas Inútiles (Inutile Machines), including Florero (Vase) (1974) and Lámpara (Lamp) (1974). In these conceptual proposals, Burga outlines detailed measurements and schematics for the three-dimensional production of sculptural objects that betray their own function, rendering them “useless.” In Florero, Burga envisions a geometric vase as a porous vessel, unable to retain hypothetical water to support the life of the flowers it contains. Lámpara, similarly, is designed as an ornate lamp that cannot hold a bulb, thus producing no light. Developed in the mid-1970s, as Burga examined societal structures and their gaps in logic, the Máquinas Inútiles series considers how utility determines value.

Anchoring the exhibition is a large-scale wall drawing from Burga’s Insomnia Drawings, one of the few series she continued to develop while working in Peru’s General Customs Office. Produced over the course of thirty years when Burga suffered from sleeplessness, the Insomnia Drawings are composed of hypnotic lines and geometric patterns, which read as gestural, automatic, and spontaneously informed by chance. Manipulating spatial proportions to create optical illusions, each Insomnia Drawing suggests vertiginous movement. Serving as technical sketches for large-scale wall drawings, the series destabilizes the notion of ubiquitous and singular authorship. Like many of Burga’s radical conceptual works, they can be reproduced by various authors and in various contexts.

In recent drawings, Burga examines cultural customs and scenes of contemporary life in Peru and beyond. In her new series entitled Niñas Peruanas Cusqueñas, Burga depicts young indigenous women from Peru’s Andean region, dressed in traditional garments. In other recent works, deeply saturated drawings of Venetian Carnival costumes highlight Burga’s close engagement with color, pattern, and play. Formally distinct from Burga’s conceptual work of past decades, these drawings position artistic production as a type of labor—recalling her installation works from the 1970s. With the mechanical distance of someone who spent a large part of her career working methodically with data, statistics, and information systems, in the margins of recent drawings Burga inscribes the dates and time spent on each work—tracking her hours as if clocking in and out of a job.