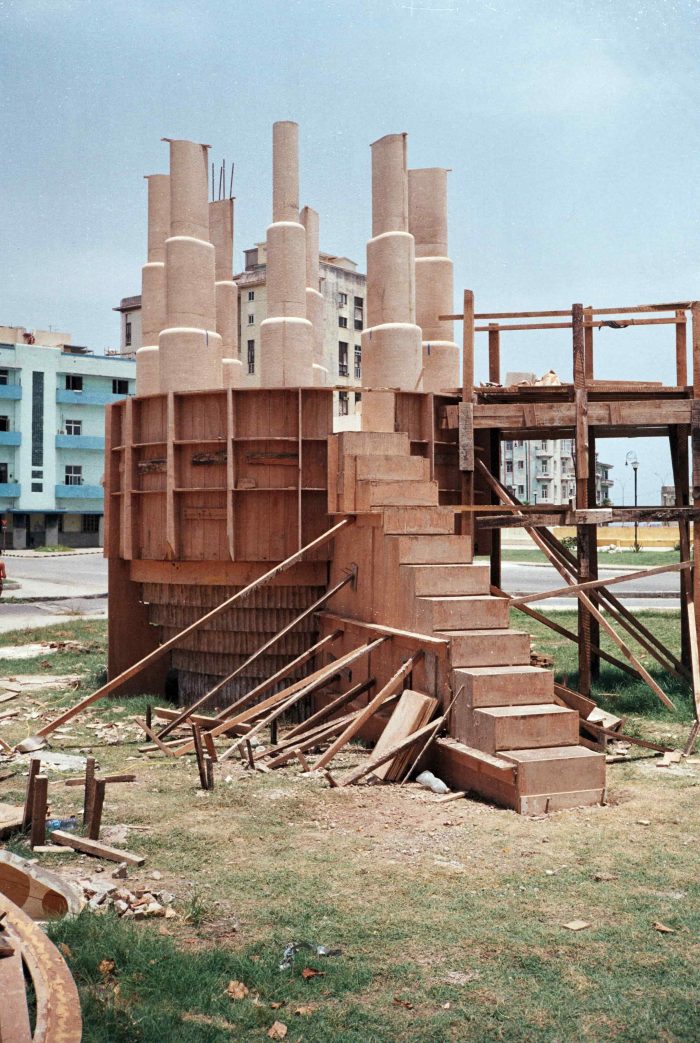 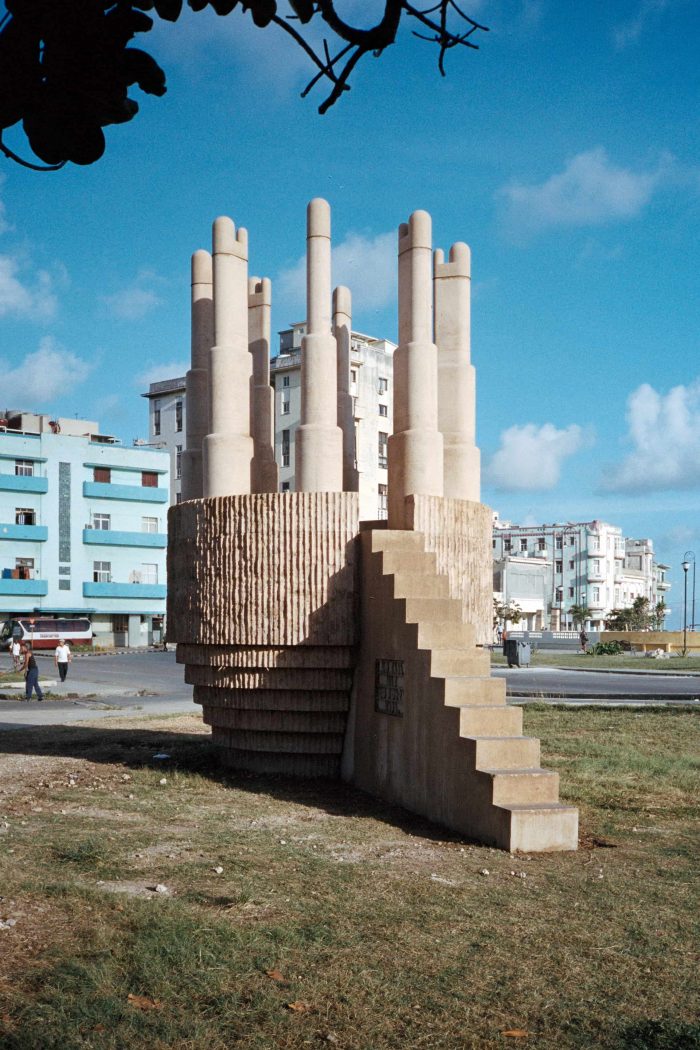 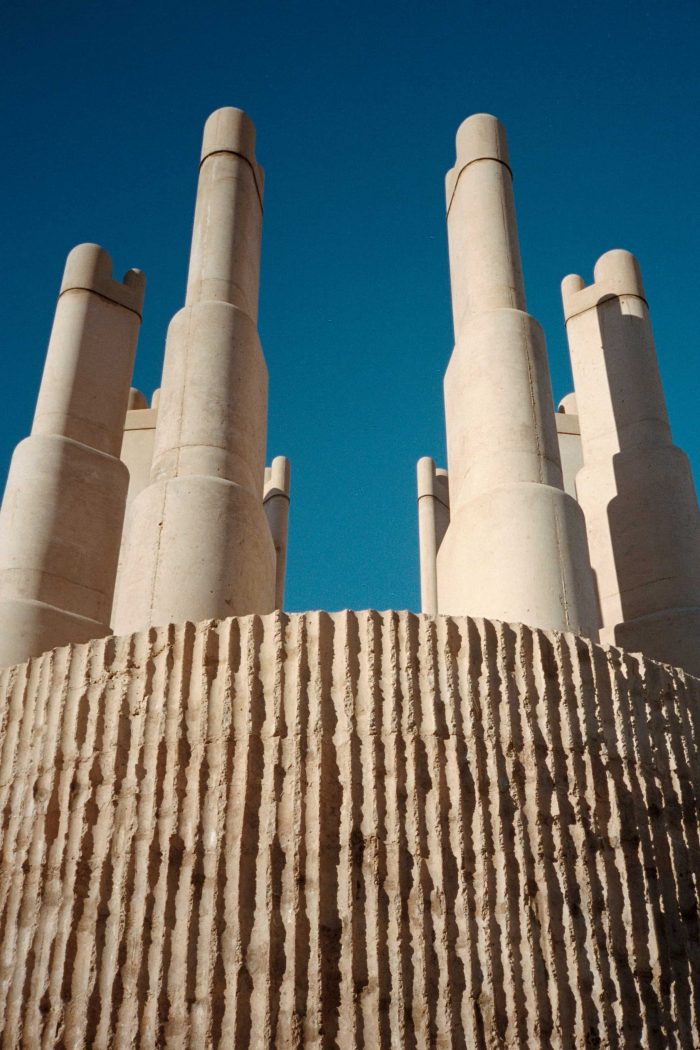 Standing 6 meters tall, it takes formal elements from Eclecticism and Cuban Art Deco to create a piece inspired by the life of the porticos of the mansions of this tropical city. After 4 months of construction and more than 40 cubic meters of concrete, Tenaza is now permanently located and open to the public right below the iconic Hermanos Almejeiras Hospital in Havana’s Malecon, between the historic center and the uptown Vedado neighborhood.

Tezontle was selected by the curators of the Wilfredo Lam Contemporary Art Center in Cuba to be part of the selection of artists who would exhibit at the 13th Havana Biennial this 2019. Because of the constructive and conceptual character of Tezontle’s proposal, the organizers offered that the piece reside permanently in this historic city, which has seen few additions and changes in many decades.

Tenaza generates a new destination within the iconic Malecon of Havana. Like a forgotten infrastructure element, a piece of historical ruin or an abstract monument, it intrigues and invites the viewer to inhabit it. The stairs leading up to the interior of it allow the curious passerby to explore the structure from the outside in, discovering a place where they can sit and rest—barely a few days after its completion, it was constantly being used as a gathering point by locals of all ages.

Inside the monumental structure there are approximately 10 cubic meters of improvised aggregate—mostly rubble from the many collapsed buildings in the neighboring area of Habana Vieja. It was a hard challenge to source enough materials to complete the piece in such a short time and scarce context. The limited availability of materials outside the controlled monopoly of the government and the black market, pushed Tezontle to find improvised ways to add volume to the piece.

This piece is testament to the perseverance of Lucas Cantú, Carlos H. Matos, and all the people that made it possible—the construction workers, the arts commission who supported the project throughout the process, and specially Dr. Fernando Martinera, a Cuban scientist that had been developing an ecological concrete for more than 20 years between Switzerland and Cuba, and who allowed Tezontle to make Tenaza the very first large-scale structure in the world built with this new technology. Called LC3, this new cement reduces carbon emissions by 40% by replacing the clinker component with processed clay giving the monument its characteristic earthy color.