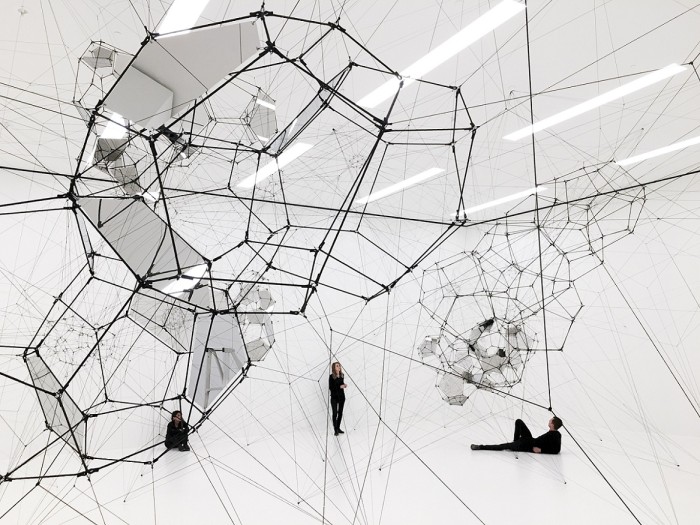 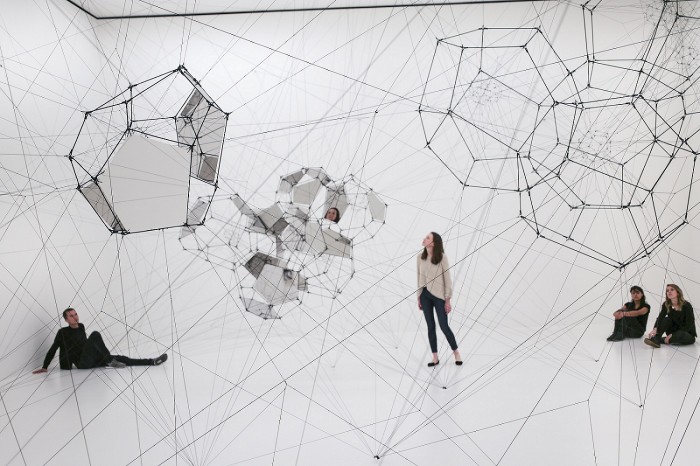 The San Francisco Museum of Modern Art (SFMOMA) presents the exhibition Tomás Saraceno: Stillness in Motion—Cloud Cities, by artist Tomás Saraceno, on view at the museum December 17, 2016 through May 21, 2017. Organized by the SFMOMA Architecture and Design department, the exhibition includes an immersive site-specific cloudscape installation of suspended tension structures and floating sculptures, as well as explorations of the intricate constructions of spider webs.

Stillness in Motion—Cloud Cities is part of Saraceno’s larger, long-term project titled Aerocene, the artist’s vision for a future era in which humanity minimizes the impact on the planet’s fossil-fuel resources, and instead resides in collective airborne cities.

“Stillness in Motion—Cloud Cities is about becoming airborne, not to fly but to float in the air at the speed of solar aerostatics, from cumulonimbus cities to the cosmic web,” said Saraceno. “Aerocene is an invitation to shape a post fossil-fuel epoch, in a cloudscape of interconnected spheres of practices that include open, participatory platforms of knowledge production and distribution; models; data; and sensitivity to the more-than-human world. These airborne cities floating among the clouds (just as Earth floats in the cosmic plane) call for scalable mental, social and environmental ecologies.”

In the exhibition, visitors are encouraged to wind their way through and below a geometrically complex array of cords and reflective panels, forming a cloud of 10,000 nodes suspended in the air by tension and connected to the gallery walls, floor and ceiling. This site-specific work is inspired by multiple phenomena and structures, including the social construction of spider webs, stellar and atmospheric clouds, bubble and foam geometry and social and neural communication networks.

Intended as a collective sensorial experience, Saraceno’s immersive installation works are captivating spaces that challenge viewers’ relationships to the world. His work resonates with several other great experimental thinkers whose radical work exploded the boundaries of art and architecture in the mid-20th century —from the structural explorations of artists like Gyula Kosice, to the utopian impulses of Buckminster Fuller; from Italo Calvino’s fictional universes to the futuristic urban visions of Archigram in London and the countercultural movement embodied by the multidisciplinary work of Ant Farm in the Bay Area.

Saraceno’s exhibition underlines SFMOMA’s longstanding commitment to experimentation and conceptual practice in art and architecture, and his airborne cities build upon the forward-thinking radicalism and progressive social change which has continually been a focus of SFMOMA’s Architecture and Design collection. Stillness in Motion—Cloud Cities illuminates the powerful and inspiring connections between art, science and architecture at the gallery, urban and even planetary scale. 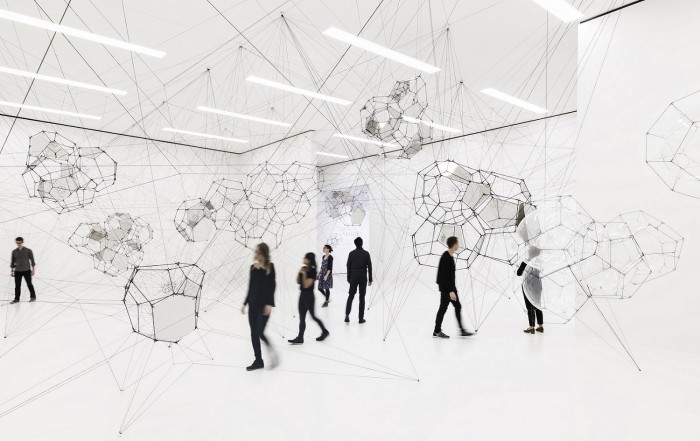 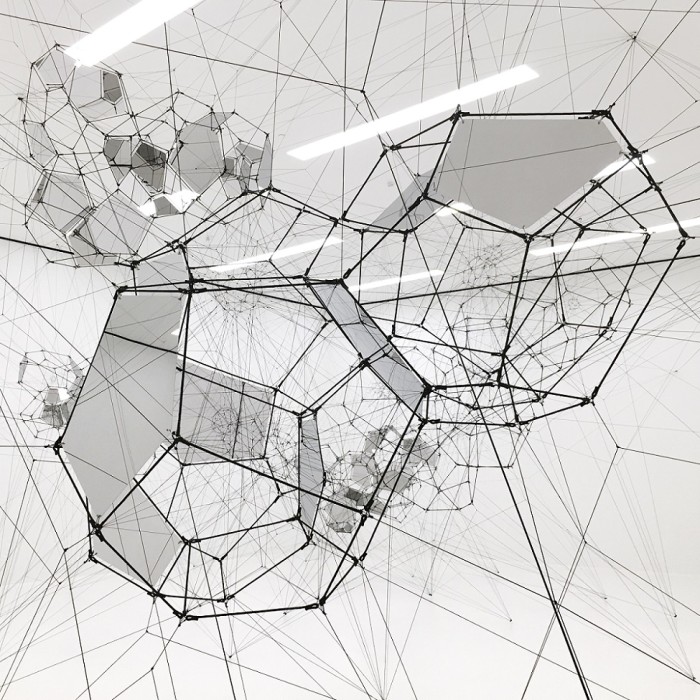