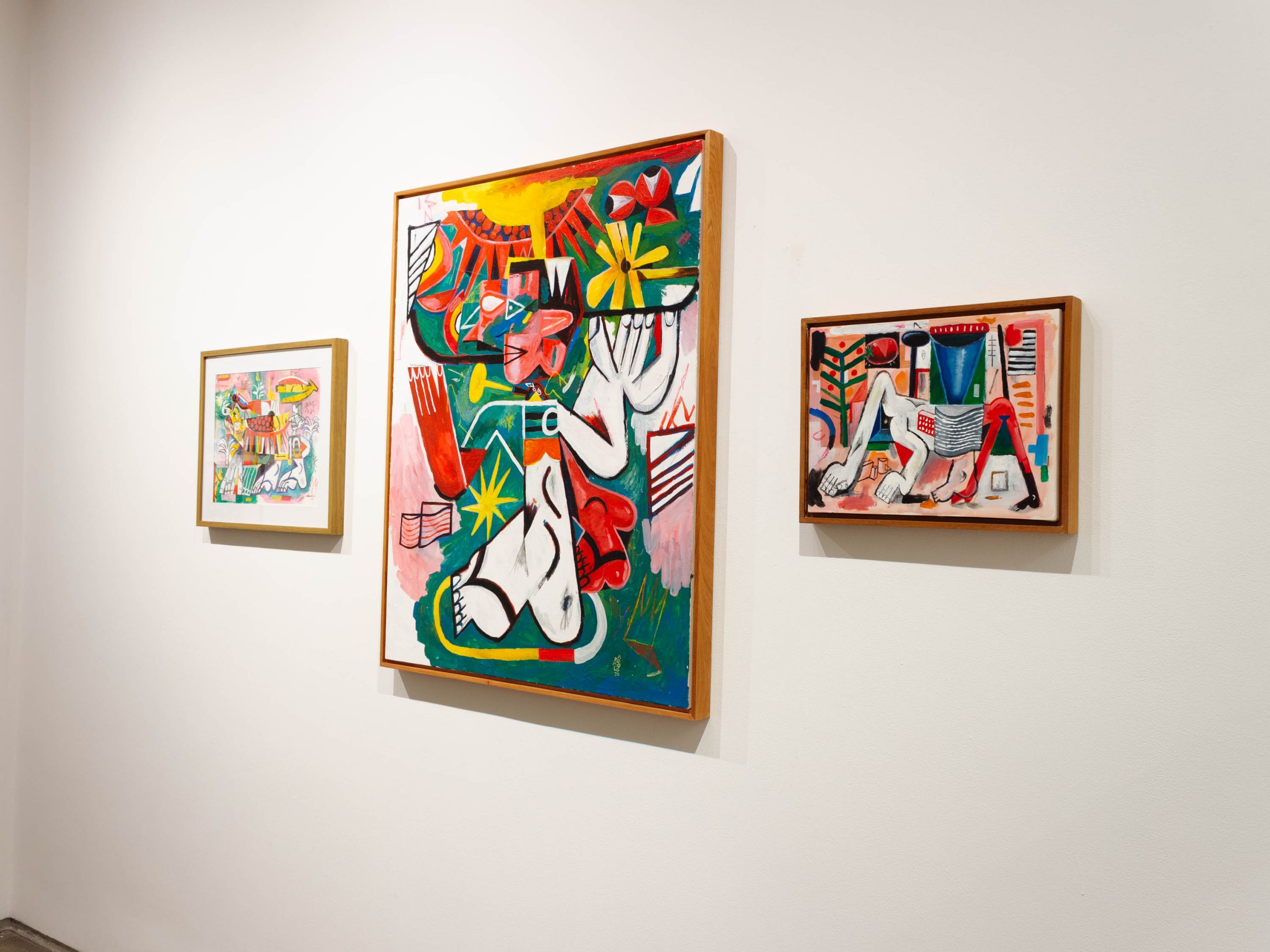 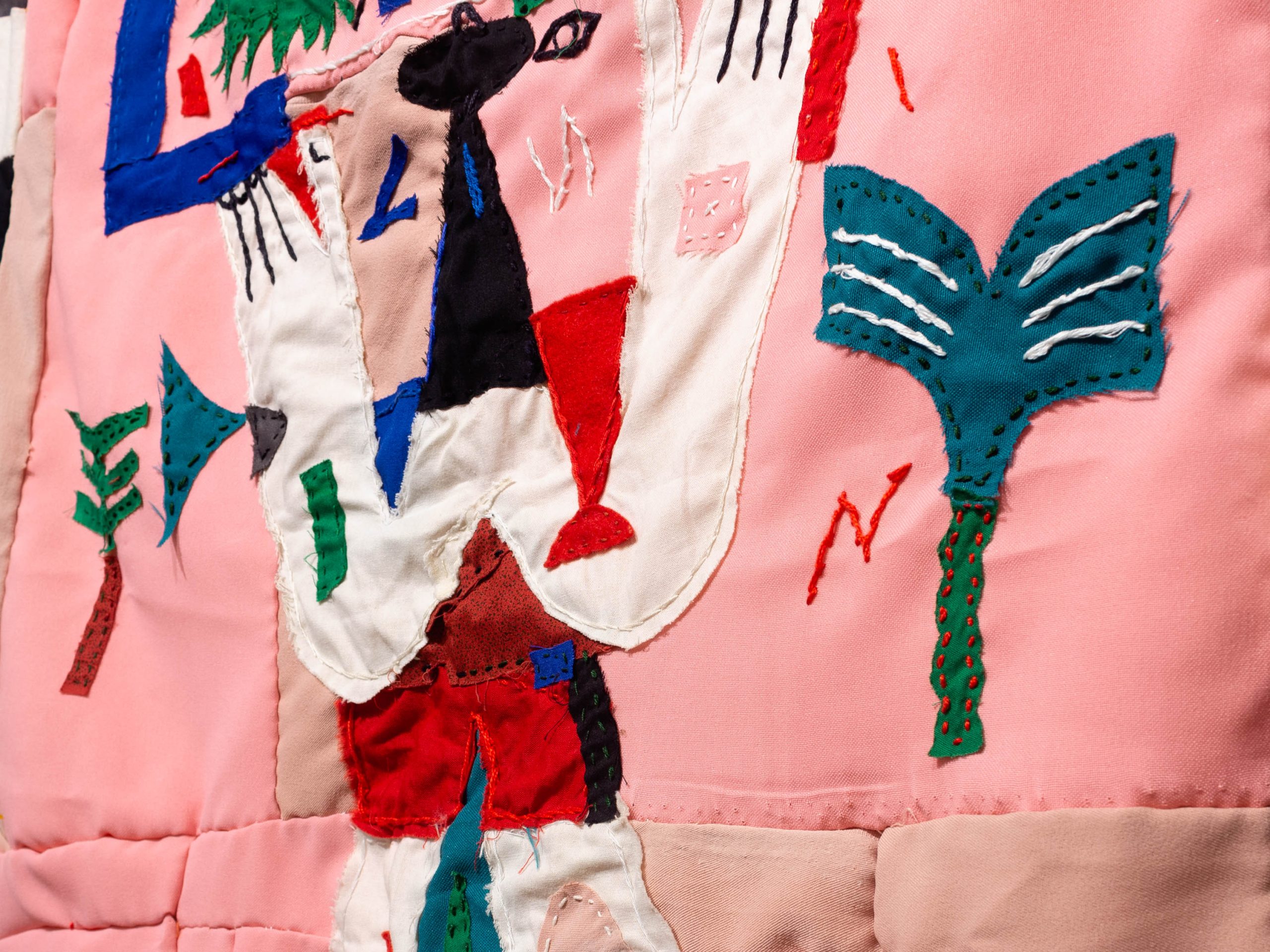 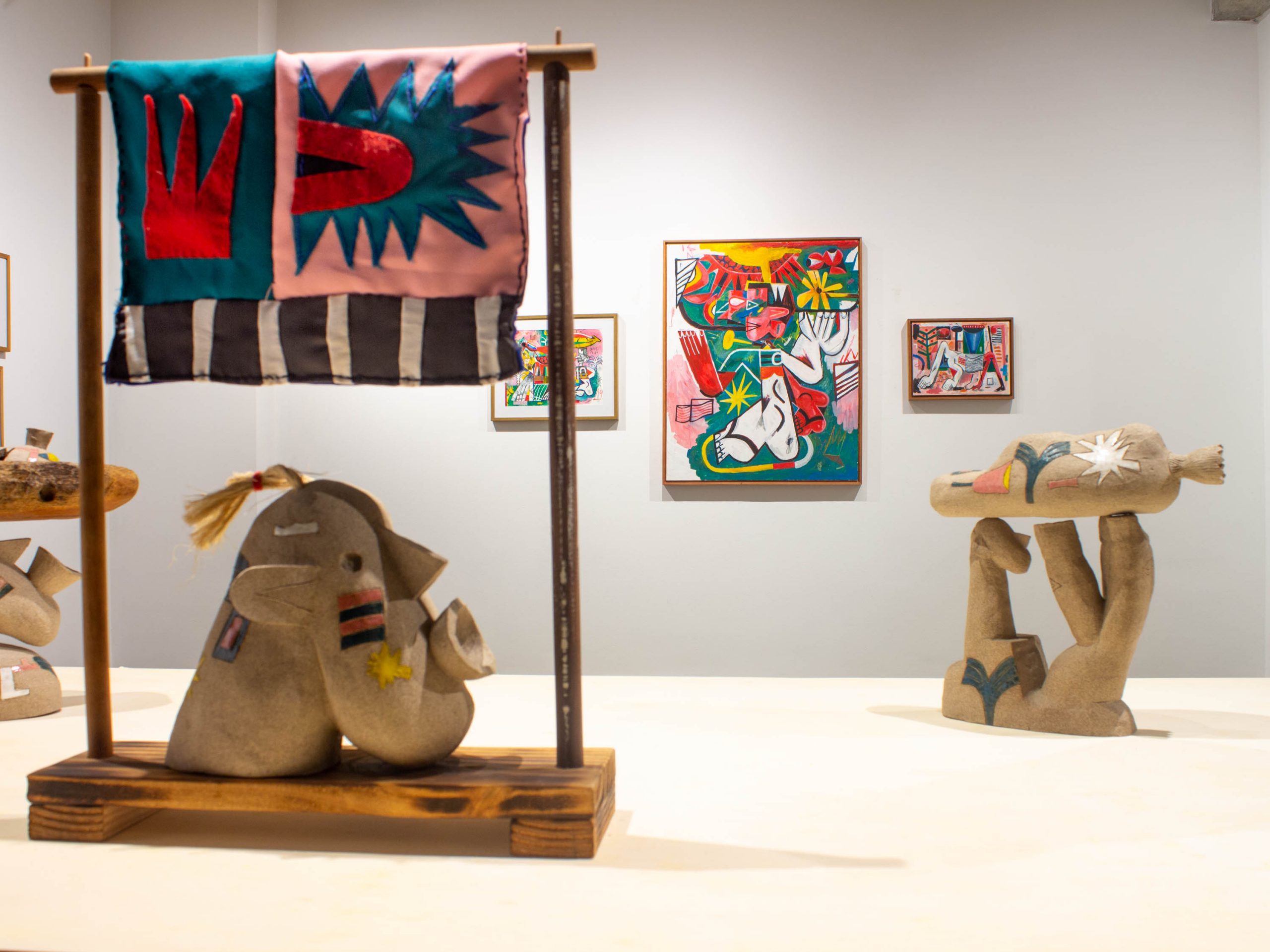 In attention to the subtleties of life, Small return to earth presents Rômolo D’Hipólito’s recent artistic production and shares with us a series of works that stem from the harvests of his experiences, especially from the period he spent in Oaxaca, Mexico, in 2017, 2019 and 2020.

In order to better understand his work, it must first be mentioned that Rômolo was born in Foz do Iguaçu—a triple border between Argentina, Brazil and Paraguay—, he resided in Hong Kong, Thailand, Malaysia, Japan, Hungary, Croatia, Italy, Spain, Morocco, Mexico and Guatemala, went around the world and in the moments in between he inhabits the city of Curitiba. That is, he lives in constant displacement.

Always accompanied by black ink and colored gouache, the artist usually draws in his countless travel sketchbooks everything that touches him, crosses him. It is possible to say that his sketchbooks are an extension of his look, accomplices in experiences and guardians of visual, affective and private memories. Sketchbooks that, even without pretension, prepare the ground for his prints, sculptures and pieces in fabric.

Due to his nomadic condition, it is possible to notice influences from different cultures in his production. It was in Tisserdmine, Morocco, where Rômolo learned about the loom manufacture, the preparation of natural pigments and the meanings of Moroccan geometric patterns, in order to carry out works in fabric. As well as in Tokyo, Japan, where he was enchanted by the Japanese ideograms, their characters and style of vertical writing, starting to incorporate fragments of Japanese texts in his works and to sign the works according to a vertical ideogram.

However, the influence of Oaxaca is more pulsating in the works presented here, often decisive in their creation. It was in this city where he had contact with traditional Mexican ceramics—observing the craft of women who produced decorative and utilitarian objects in clay—and with lithography, since Mexican litho-print stones have the same chemical properties as European ones.

Regarding the works on view, the ceramics and pieces of fabric were produced in Curitiba, while the lithographs were made in Oaxaca at the public studio Rufino Tamayo and at the Bambú studio by master Abraham Torres; where the artist was in residence. And this is because the space and time of each environment is respected, as well as the cultivation of crops.

In addition to the multiple languages that embody the works presented here, many of the concepts that encompass them are also inherent in Mexican culture. Note the reference to Mexican muralism and particularly regional subjects, such as the making of mezcal with agave, popular music by Mariachis, religious festivities, street fairs, the influence of the Zapotec civilization, the fruits and endogenous plants.

And even discussing otherness, it is necessary to emphasize that his work does not put itself at the service of the construction of the exotic and the monumental, on the contrary, the respect to other cultures and to nature, mainly to the workers of the land, is what makes his production so powerful. Not only is there an awareness of his standpoint1, but also a reverence for local aspects, as if his work paid homage to the plurality and diversity of life.

In this way it is possible to say that more than a “traveling artist”—in order to break with the colonial idea of the term in the History of Art, which refers to the colonial artistic and scientific expeditions of the Americas in the 16th century—, Rômolo is a “Terrestrial” artist, borrowing the concept from the French anthropologist and philosopher Bruno Latour: “This is because the Terrestrial, being linked to the land and the soil, is also a form of mundification, since it is not restricted to any borders and overflows all identities”2.

It is not in vain that his images are full of giant hands and feet, in the desire to plant them in earth and connect with the environment where they find themselves. As if his works sought to awaken us to a connection between nature and culture, alerting us to the awareness that they are one. It is with poetry that his works say how urgent it is to cultivate art, the soil and all forms of life.

This is because the Small return to earth is an exhibition that encounters the artistic production and the personal history of the artist, as both are intrinsic. It is in this way, in the midst of the beauty of colors, lines, volumes and shapes, that we are invited to reconnect with the origin of existence: the earth.

—Text and curatorship by Paula Borghi