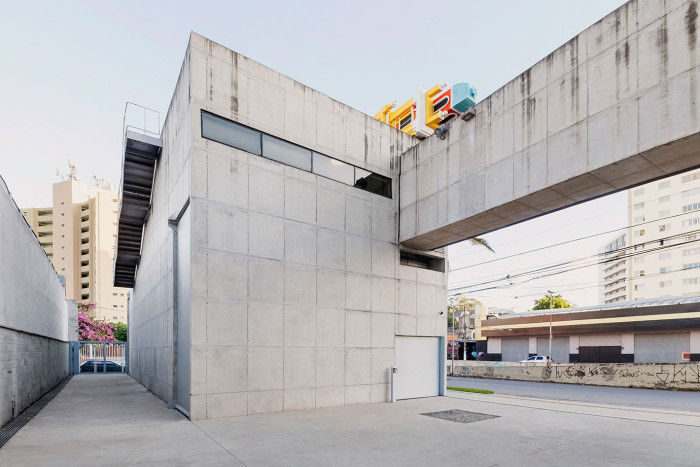 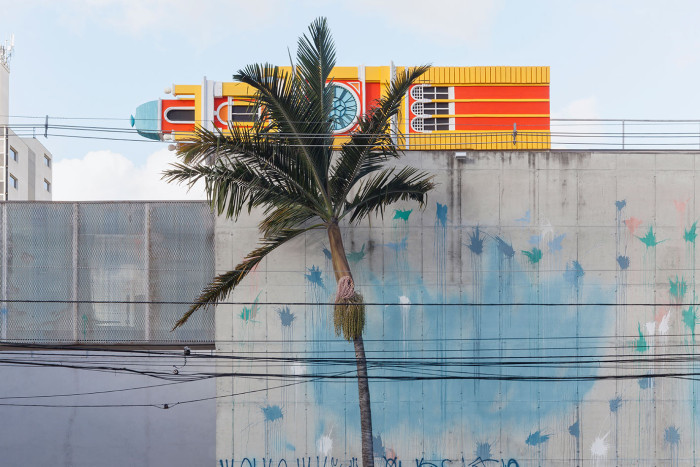 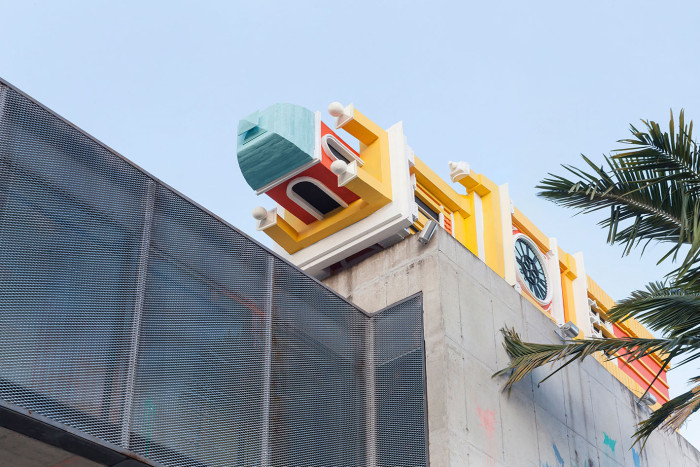 Galeria Leme presents the sixth edition of the project SITU with the site-specific installation commissioned to Chilean artist Pilar Quinteros. Part of a larger project, curated by Bruno de Almeida, this edition continues a research on ways to think and discuss the production of (urban) space, through a sequence of works carried out in the external spaces of the gallery thereby establishing a close relationship with its building (designed by the architect Paulo Mendes da Rocha in collaboration with the office Metro Architects) as well as with the contiguous public space.

Pilar Quinteros’ project starts from a reflection on the history of the gallery’s building. First built in 2004, it was demolished a few years later in 2011 as a result of urban dynamics that culminated in the purchase of its land by a multinational company. After several negotiations the gallery was re-constructed, following its initial design, in another lot a few meters from its original location. Therefore the current building is a replica of the former, to which was added an adjacent building. The ‘cloning’, displacement and expansion of this building problematize the boundary between the reproducibility and the singularity of the architectural work, as well as the idea of conceptual and material inseparability between the project and the specificities of the urban context for which it was originally intended.

Reflecting on these aspects, Pilar Quinteros developed a research of replicated, displaced or nomadic buildings and encountered unlikely parallels between the Leme gallery and one of the main architectural symbols of the city of São Paulo, the Luz Railway Station (Estação da Luz). Since 1867 the station underwent continuous modifications and reconstructions; enlarged in 1870, rebuilt between 1895 and 1901 (current project), destroyed by a fire in 1946, rebuilt between 1947 and 1951, modified from 2004 to 2006, by the architects Pedro and Paulo Mendes da Rocha, destroyed by another fire in 2015 and currently undergoing a partial restructuring process until 2018. Its constant reconstructions are part of the biography of the metropolis and of the collective memory of its inhabitants. But despite its immemorial presence and intrinsic connection with the city, this station crossed the Atlantic Ocean by ship, dismantled piece by piece, until arriving at São Paulo. Presumably chosen from an English catalog, the precast iron structure that gives it support was brought from the UK, its ceramic tiles are from Marseilles, France, and its wood is Irish pine, only its masonry is of local origin. This historic worldwide transit of materials, prefabricated components, ways of making and architectural styles, destabilizes, even today, the unicity of “iconic” projects and the relation that these have with their local context. The Luz Station, for example, shares strong similarities (as well as precast structural componente) with another railway station, the Flinders Street Station, built in the early twentieth century in Australia and also “unique” in its context.

For SITU, Pilar Quinteros proposes a symbolic intersection of the stories of both buildings, Leme Gallery and Estação da Luz, through an architectural juxtaposition. The artist adds to Paulo Mendes da Rocha’s building a clock tower which is similar to the one at the Luz Station. The clock tower is a symbol that crosses the history of world architecture as an element of socio-spatial domain and organization, not only because it is a visual reference point but also because, through its clock, it establishes and communicates a notion of time which subliminally governs the rhythms of the population. The tower of the Estação da Luz was for many years the city’s main spatial and temporal reference point, since its clock, visible from various points of the city, established the official hour that all citizens should follow. But the replica constructed by Pilar Quinteros seems to deny this referentiality, subverting several aspects that are taken for granted about this well-known element; its position is not fixed, its materiality is not permanent, its clock is muted and its verticality denied. 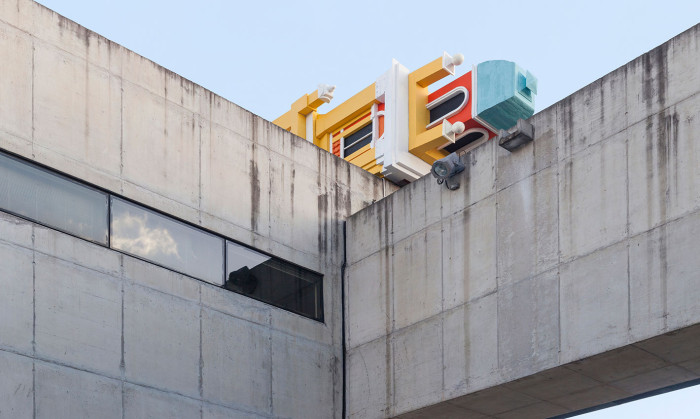 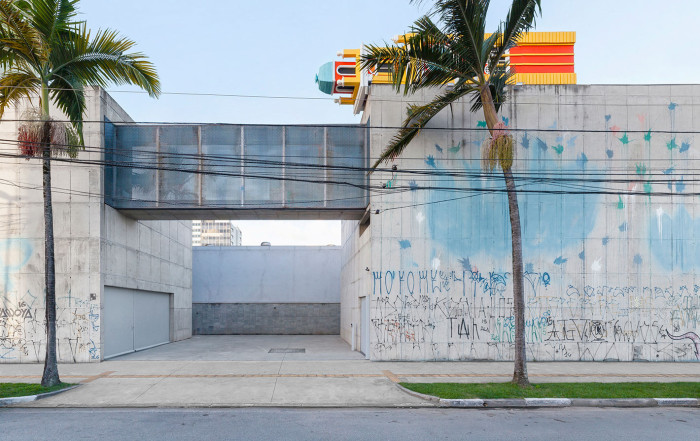 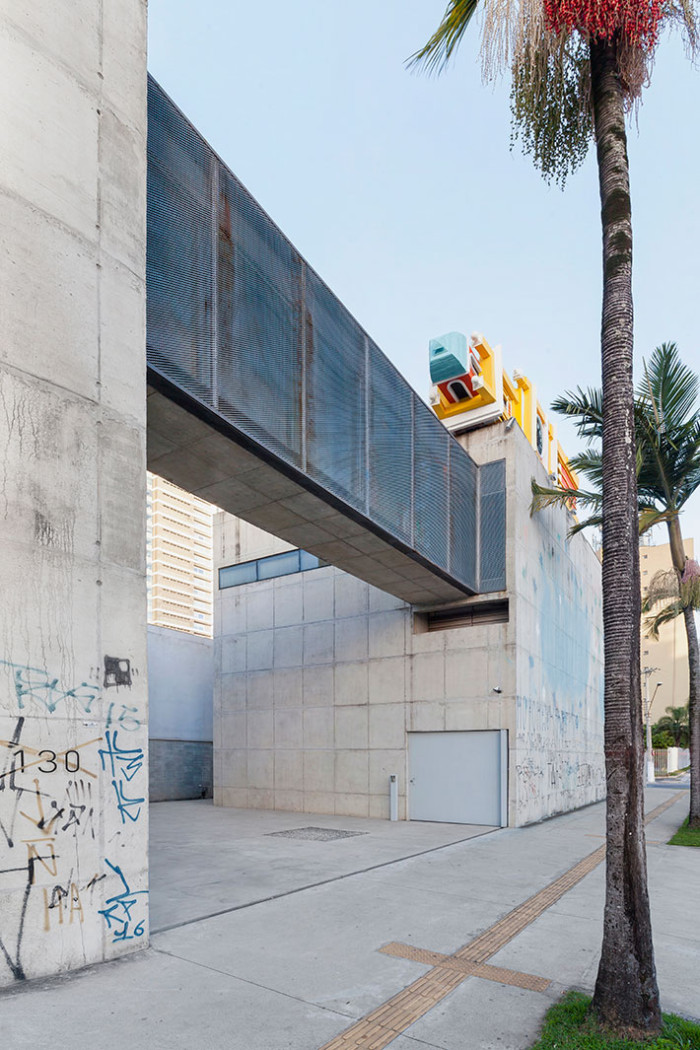