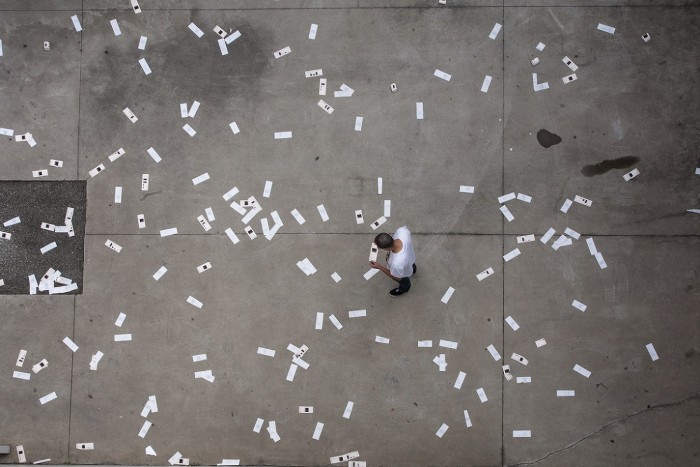 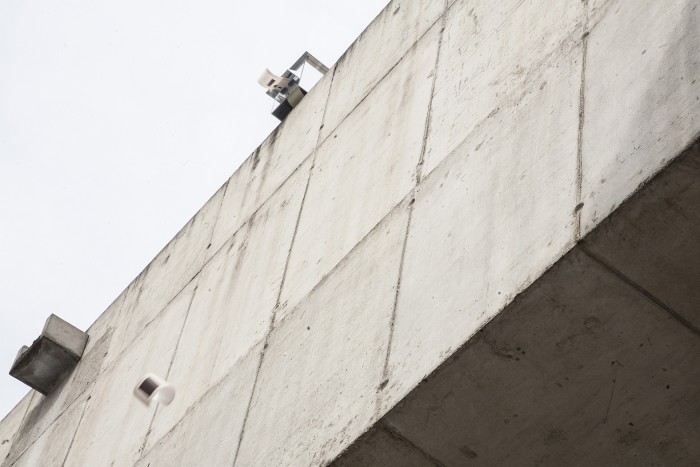 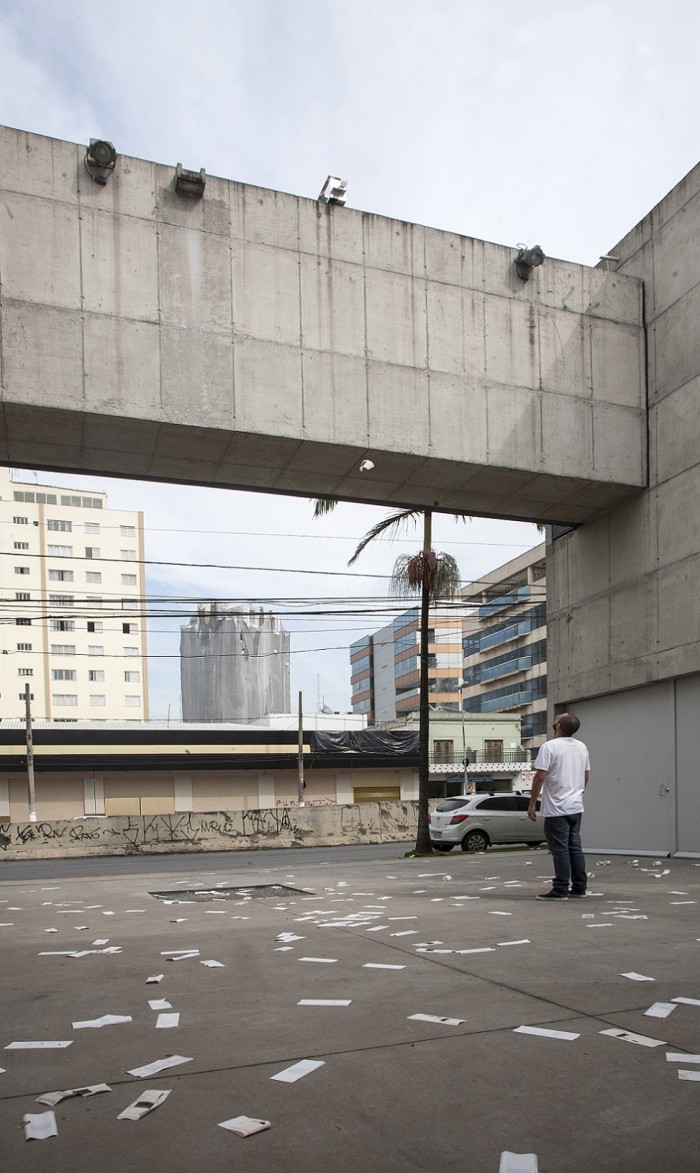 In Stereo Reality Environment / Open Data / SP, Martinat overlaps, to the building, an infrastructure that is almost imperceptible to the pedestrians. It consists of a software that extracts, from the official website of the Portal da Transparência Estadual (State Transparency Portal – Described as the “gateway of the citizen to the main data of the Paulista Government” in www.transparencia.sp.gov.br), statistical information on the costs and revenues of the state of São Paulo. The information is printed as tax receipts, and the coupons are released to the outside of the building.