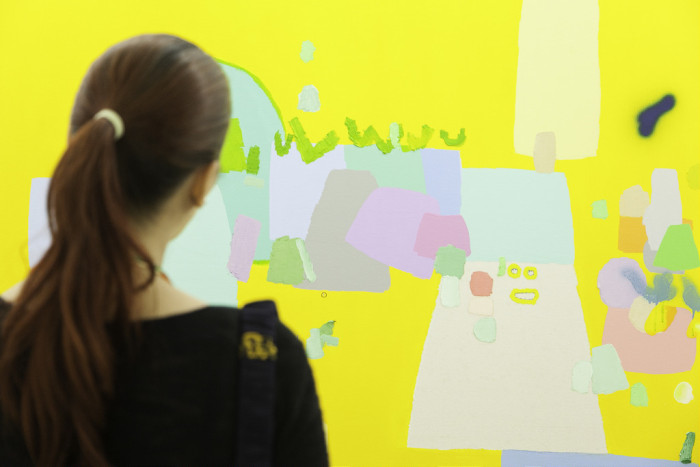 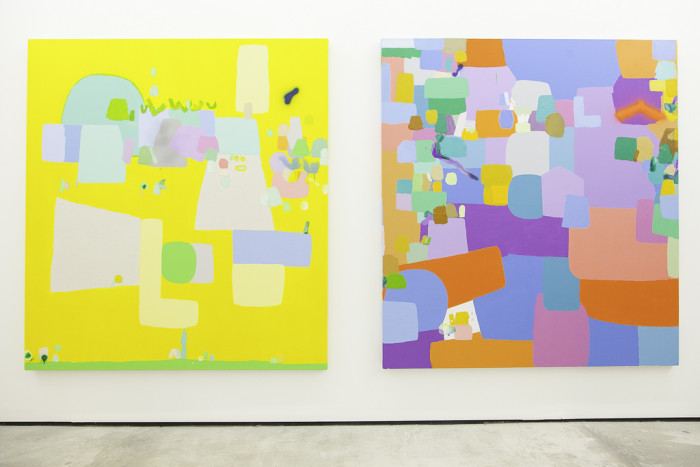 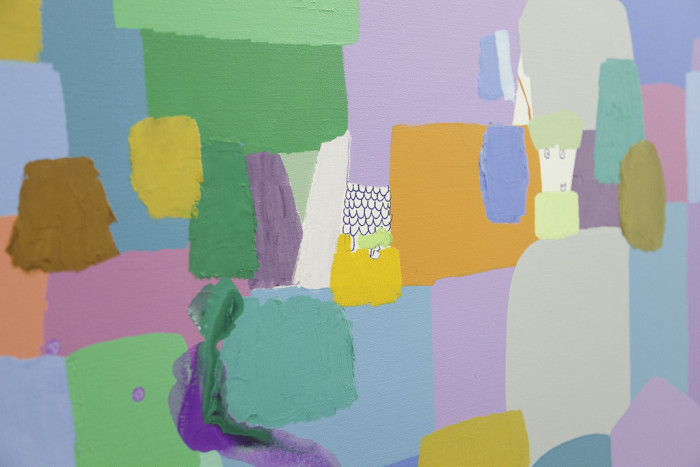 “Over the last decade Costa Rican artist Federico Herrero has emerged as one of the most important figures in the field of visual art in Central America. Typically working in the medium of painting, his artistic practice is hugely influenced by the politics, cultural traditions, and natural splendor of his home country.
Herrero translates the mix of colors, shapes, and forms of the streets of San José and the abundant tropical landscape that surround the city, onto gallery walls or canvases. His works are best described as a brisk and intense play between geometric and organic forms, from which he creates nonrepresentational narratives that are caught in the gap between figuration and abstraction.”