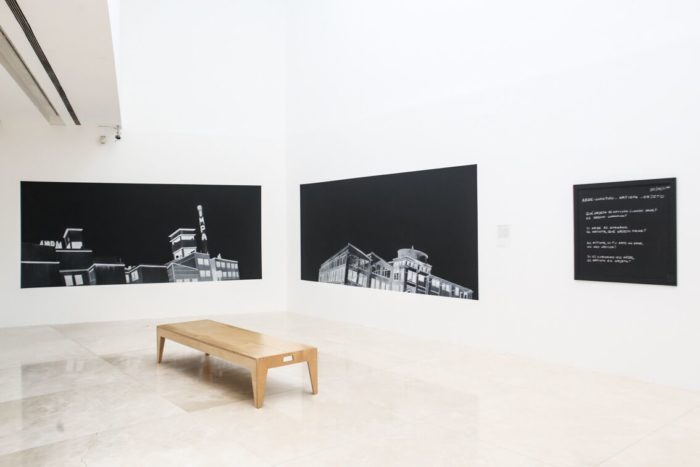 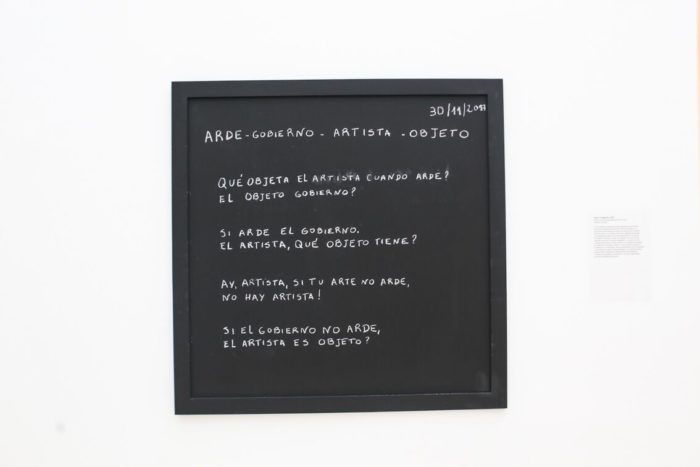 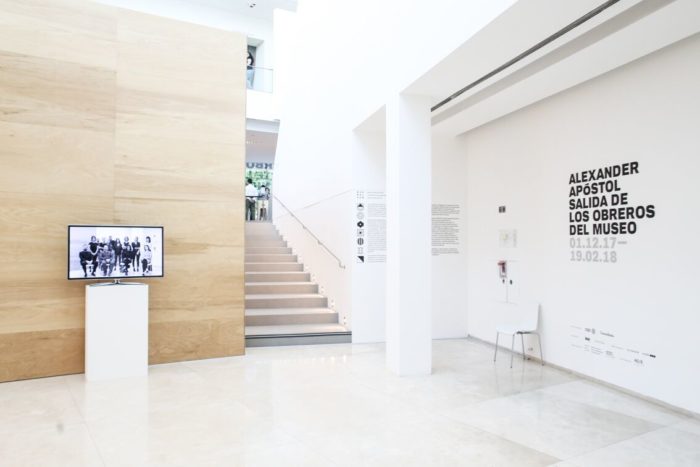 In Latin America, the variables of art and politics have historically been enmeshed. The region’s most important artistic movements helped spark new ways of envisioning political debate and of bringing it to bear on the social fabric. Tucumán Arde (1968), for instance, is remembered as one of the most important aesthetic-political actions that have ever taken place in our context.

This project by Alexánder Apóstol (Barquisimeto, Venezuela 1969) presented at Malba in the framework of BienalSur consists of bringing that experience to the present by means of its foundational text. Apóstol employs an array of strategies to formulate an open and collective discussion of the structure, format, reproduction, and pertinence of a political art project seemingly far from the circumstances in which it was created. The Tucumán Arde manifesto acts here as a tool of analysis with which to address issues like how artists are educated, their role as authors, and the work’s insertion in the sociopolitical context.

Apóstol deconstructs the manifesto, breaking its structure down mathematically by means of the Graph Theorem—part of a tradition of mathematical problems where paths and processes are privileged over outcomes and results. The Graph Theorem is closely tied to geometric disciplines that formulate a change in the vision of objects when they are defined by their properties rather than by their forms. That theorem is the natural scheme for social networks, and it evidences the nature of Tucumán Arde. Some of the linguistic relations in the manifesto are used to yield a numerical sequence that, in a set of workshops, will be translated by specialists and students at the Universidad Nacional de Tres de Febrero (UNTREF) into other formats: a cinematographic installation with archival material intervened with animation techniques; a series of tuits written according to a specific metric structure; a video performance produced by Malba and BienalSur personnel; and two blackboards with drawings of emblematic Argentine factories managed in politically diametric fashion. The production chains at stake in these work collectives reformulate the scope of the interpretation and of the outreach of a discourse on the basis of the mutating boundaries of authorship in art. The resulting activity will be reproduced on social networks—a space that binds and enables the entire exercise.

Apóstol’s recent work is highly political. Salida de los obreros del museo places the debates that concern him inside art institutions and discourses; it questions the relevance of aesthetic and political processes once they have taken place and the role of the museum in reproducing them. That same critical exercise formulates the paradoxical pertinence of some non-hegemonic contemporary art discourses in Latin America and their latent power to build connections, bridges, and narratives within the continent’s sociopolitical context.

Alice in Nightmareland: Surrealism and Psychoanalysis From the MALBA in Buenos Aires