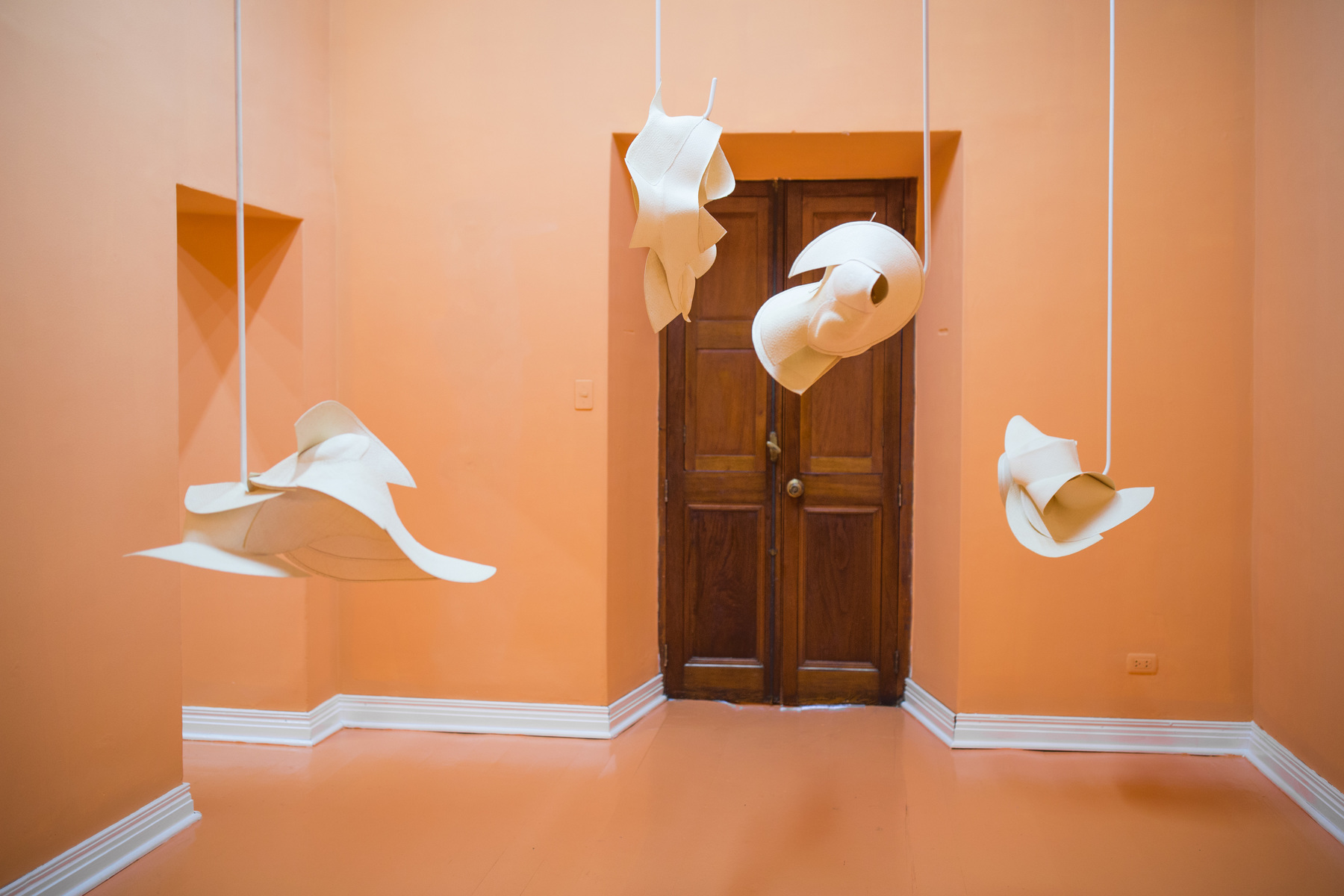 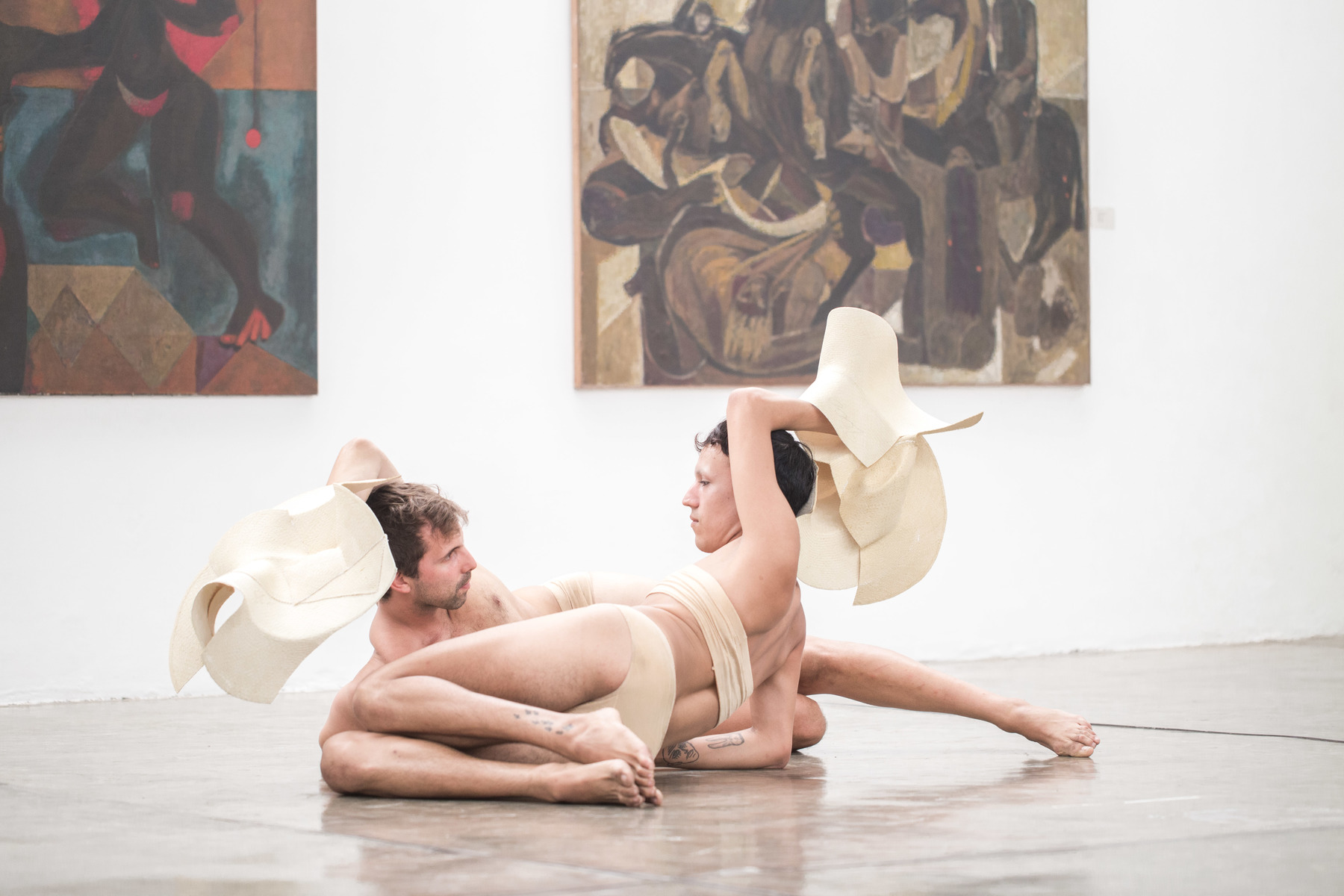 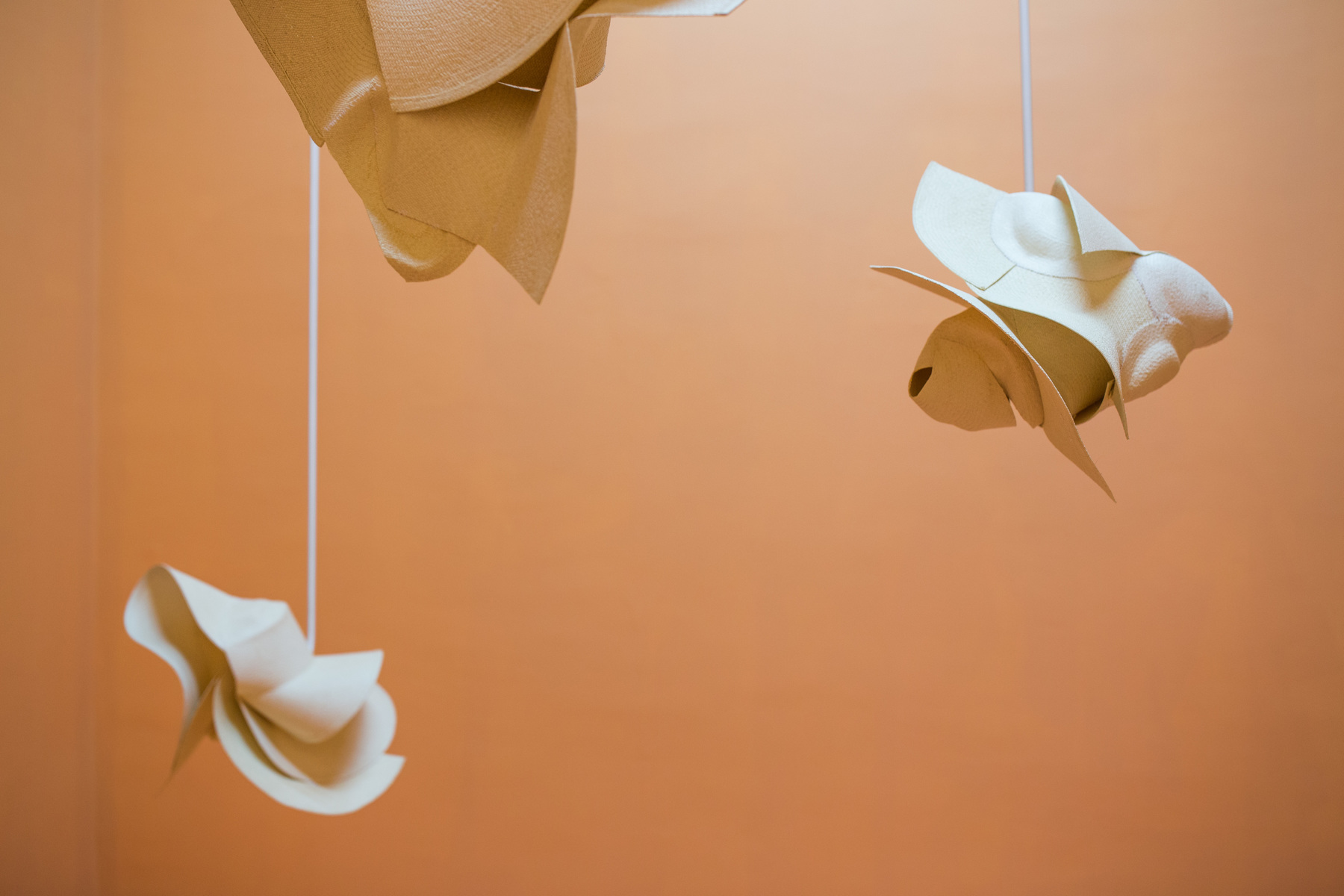 Rafael Escardó’s artistic practice investigates how behavior patterns develop under social constructs, generating a series of questions about the representation of individuality in a collective context and vice versa. Escardó explores this relationship by applying the textile medium in a choreographic language or structure. Rasgos de Pluma is a project commissioned by Paiján to be presented in the city of Trujillo in the framework of the celebrations of the National Marinera Contest, a characteristic and distinctive dance with origins in northern Peru.

La Marinera is a courtship dance between a man and a woman with a defined narrative sequence. In the dance, the man seeks to awaken the curiosity of the woman by fostering a climate of infatuation to which she succumbs and ends in conquest. In La Marinera, the handkerchief and its movements, serve as a metaphorical instrument that represents the dialogue between the couple. The straw hat, however, is particular to the man as a seduction and accompaniment device, while the woman uses her skirt to generate a series of graceful movements to captivate him. Although the dance is dependent upon a rigid structure, it is still curiously flexible, yet with little room for free performance. For precisely this reason, it becomes essential to discuss the dimension of the ethical and the political in present heteronormativity—the binary as its core—and in the lack of openness to more fluid possibilities.

Rasgos de Pluma is made up of an installation of seven hanging sculptural fragments and a self-titled video-performance. Through the abstraction and deconstruction of toquillo straw hats (made in the northern highlands and distributed by the Otiniano family for more than 50 years), the artist formally explores the movements of La Marinera, granting them a utilitarian-prosthetic property that raises a new meaning to the concept of traditionality during the performance. It is important to highlight that its appropriation establishes a new stage in its production chain, though provenance signs become spontaneously visible.

The performance represents two moments. An initial encounter of individual recognition with the pieces, which are then “inhabited” to become communication and interaction devices. In Rasgos de Pluma, Escardó freely reinterprets and stylizes certain postures typical of dance, avoiding correspondence and blurring the limits of identification with pre-established gender roles. Thus, new codes of approximation and empathy are identified between bodies that mimic and challenge each other in complicity to complement and feedback. A new collective dynamic arises where the dance’s own narrative and its conversational nature are assumed from a more innocent, organic and porous position.

The video-performance was recorded in a room dedicated to the Trujillano Costumbrista painter Ángel Chávez (1928-1995) at the Museum of Modern Art in Trujillo, which allows access to a timeless experience shared between dissimilar and open bodies before the possibility of a new dialogue space.

—Text and curatorship by Gerardo Chávez-Maza

Paiján is an artistic research platform for the development of context-specific exhibition projects in northern Peru.