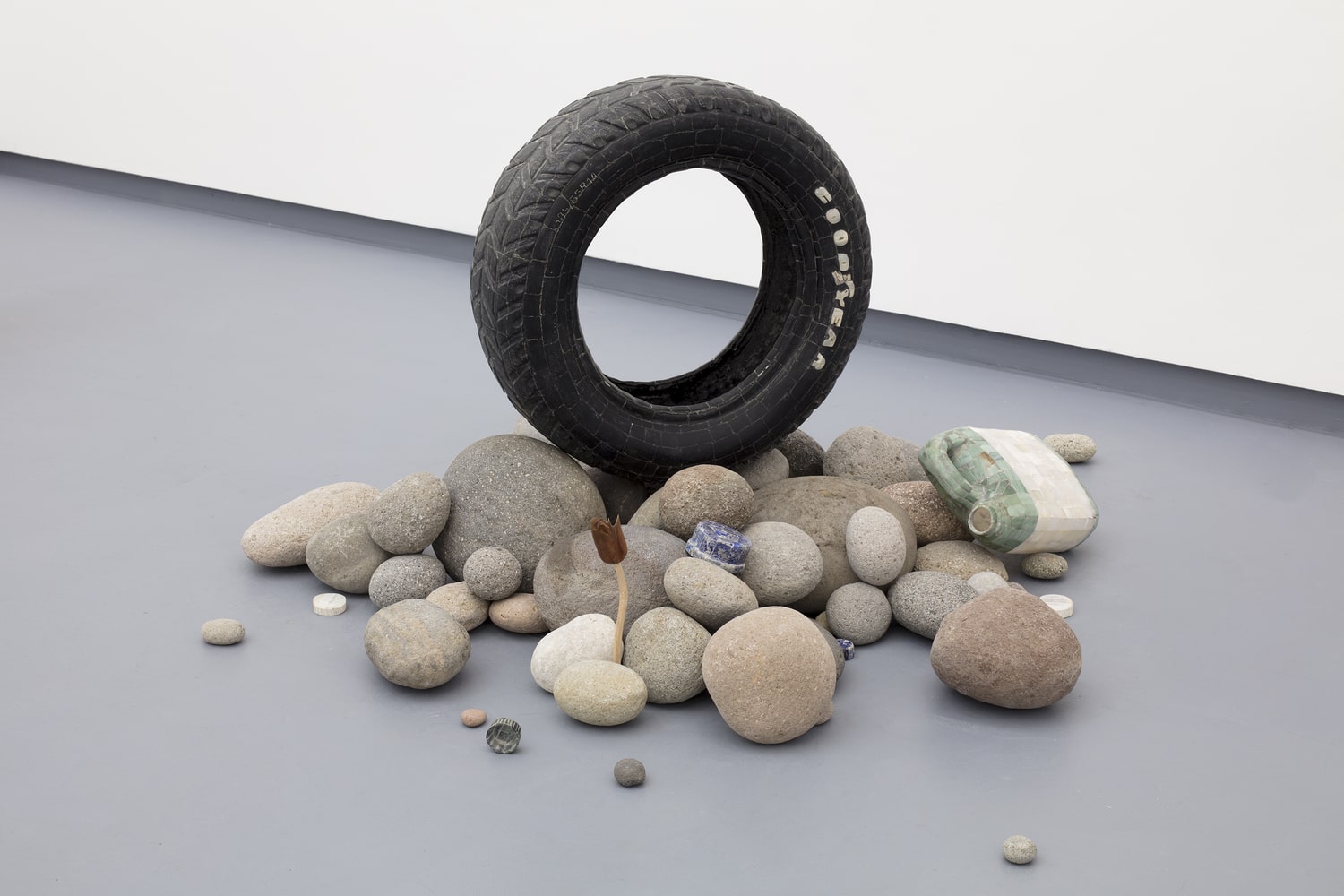 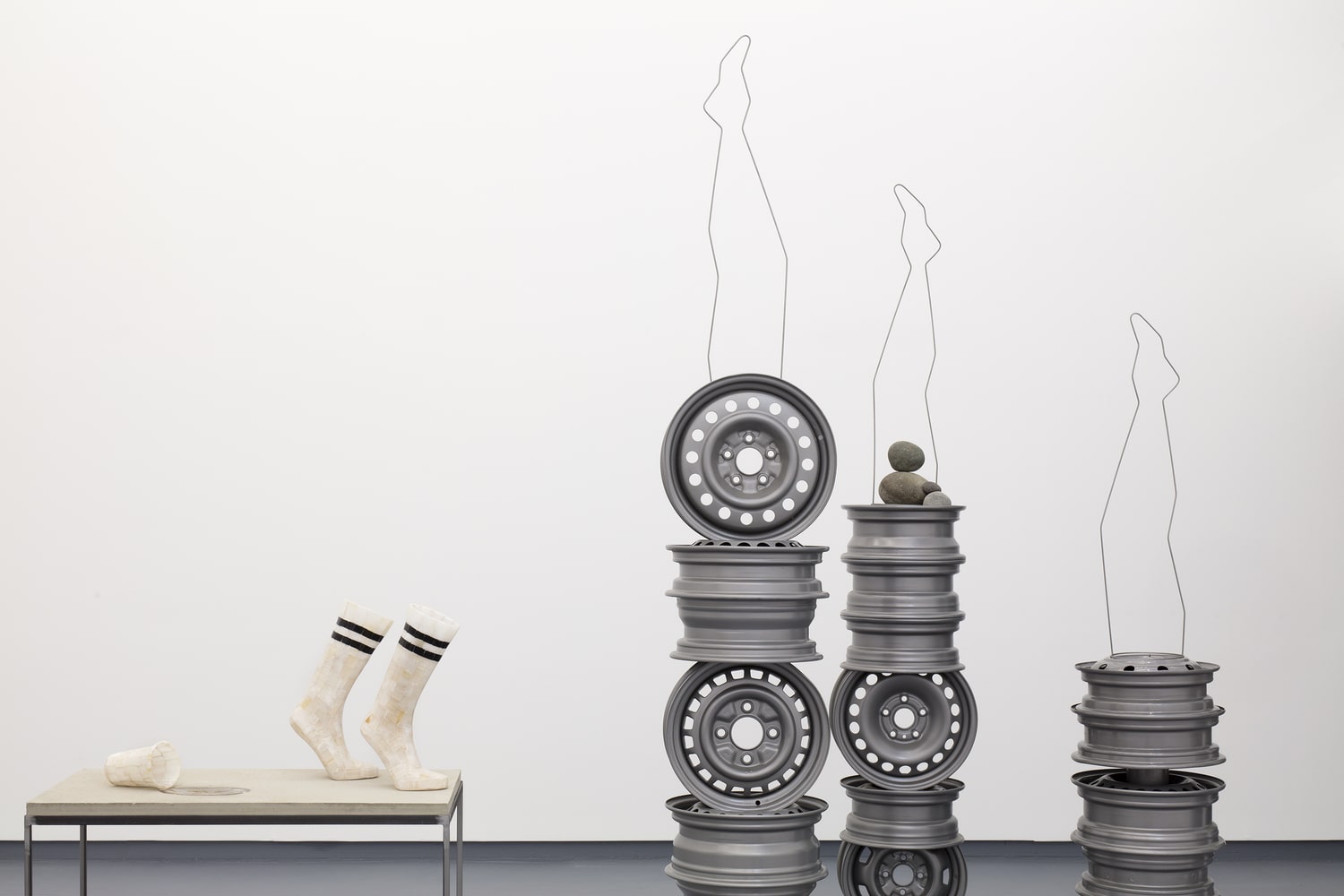 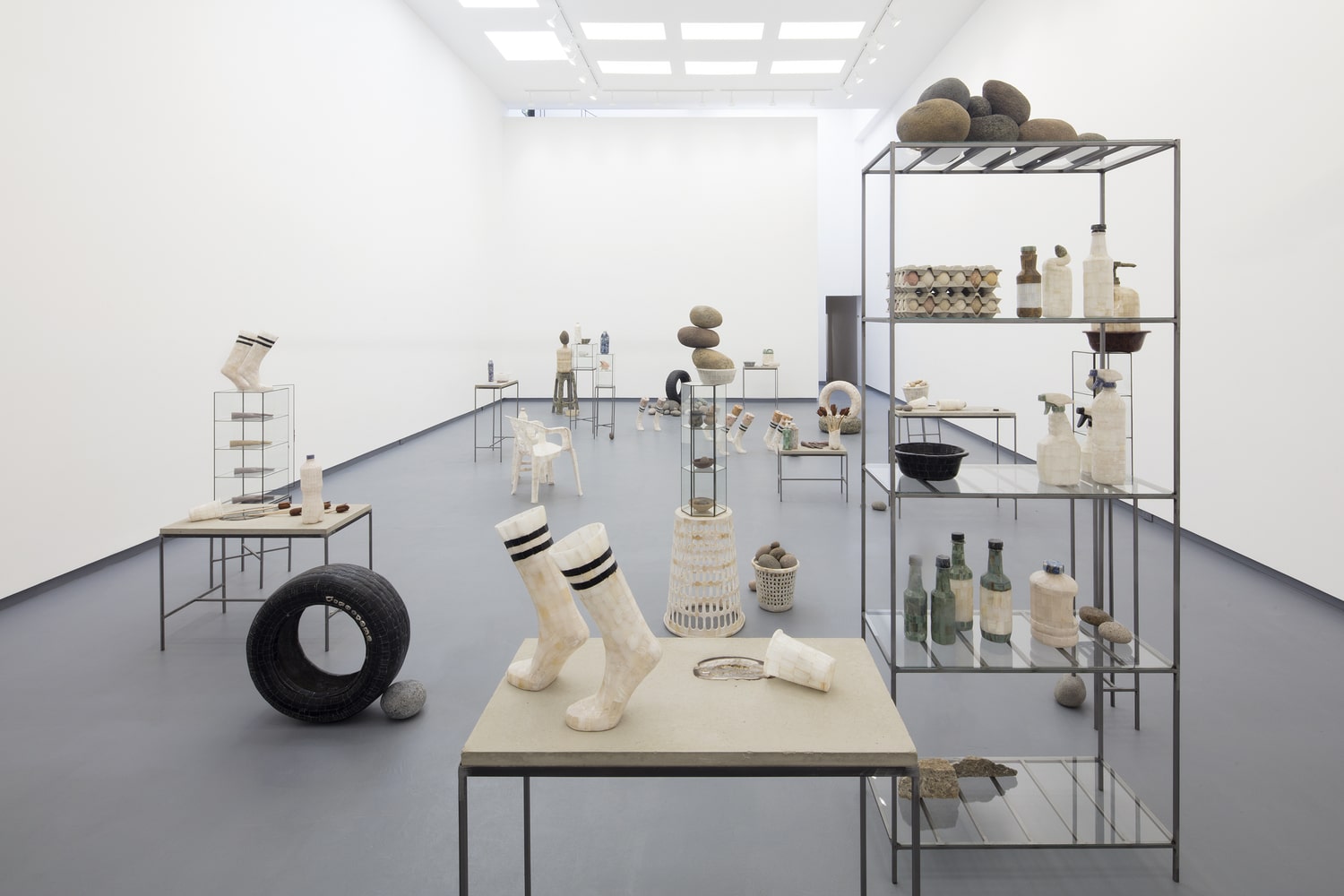 Beginning 18 March 2021, Theo Mercier’s first solo exhibition in Mexico City is on view at Proyectos Monclova. The Ballad of Disaster proposes a tour of the exhibition space as if it were a theatrical scenography combining elements of everyday life with totemic structures, installations and sculptures. For Mercier, an object that describes movement is an object that also describes humanity; for this reason, all his work is in constant dialogue with the place in which it is exhibited and with the experience of the viewer who, without knowing it, becomes an actor in the environment when touring the exhibition.

One of the starting points of the presentation is a reflection on the instability in the world and the way in which we learn to build or rebuild from disaster—the inspiration for the exhibition’s title. In addition, the diversity of work presented in the gallery evokes an archeology of memory in which the artist’s travels, ancestral knowledge and handling of stones such as lapis lazuli, serpentine, onyx, jade and abalone shell are exhibited, to name just a few examples, as well as found objects and still lifes that are presented as fossils. Notions of decoration and staging are constants in Mercier’s work, both in his sculptural production and in his theatrical works. This exhibition combines both disciplines to transmit ideas of equilibrium and fragility, presence and constant movement.

The Ballad of Disaster is then an exchange between the conceptions of the past, present and future, the animate and the inanimate, the true and the false, the artisanal and the industrial. The works are the result of a process of assembling objects realized in conjunction with Mexican artisans that give way to a very particular curatorship. All the pieces were made in Mexico and during these last few weeks, Mercier detailed the constellation of the works in person. The exhibition ranges from a theatrical piece, a cabinet of curiosities, a bodega and a cross-cultural journey.