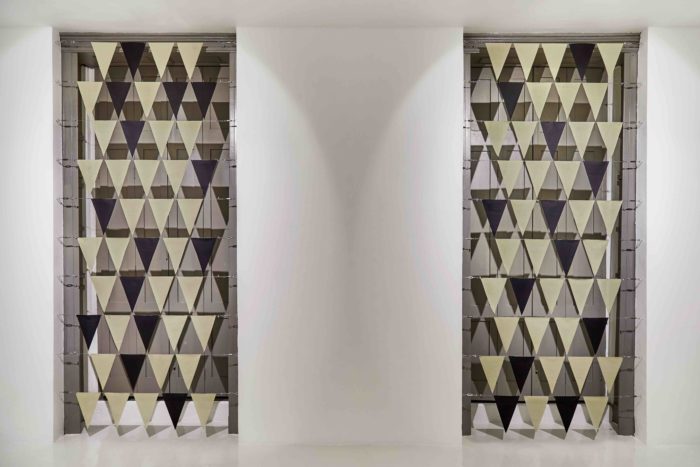 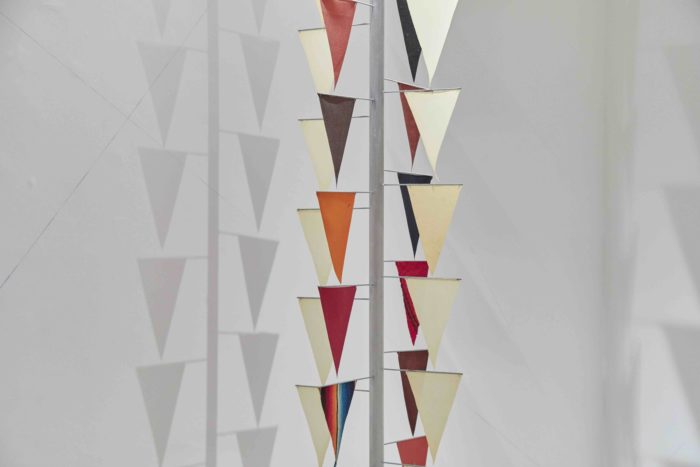 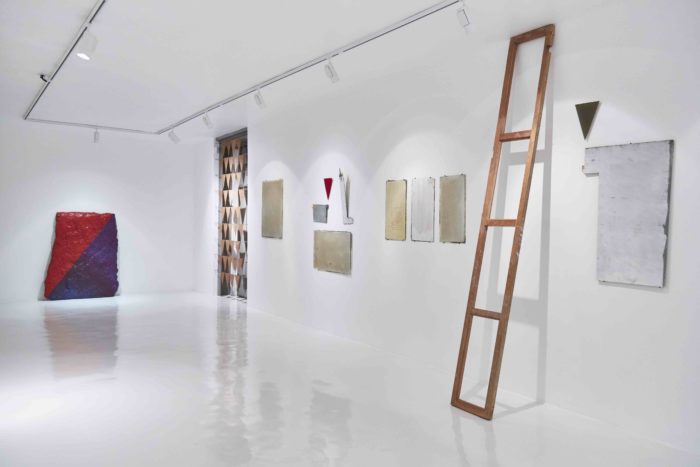 Polifonías is a visual composition of multiple pictorial voices, a harmonious ensemble organically conformed by subtle elements which make it coexist with the place it was thought for. Departing from an idea that evolves depending on its context, Ioannou creates her work in relation to the exhibition site, observing the environment deeply and establishing ties between its materials and inhabitants. Using raw material of local provenance such as architectonical and construction elements, as well as textiles, the artist recollects objects which–just as poetry–can exist without an utilitarian sense.

Ioannou observes and intervienes the exhibition space, questioning the way it is usually used. Her compositions are apparently simple and reveal themselves little by little. The light penetrating the site originates movement, depth and transparency in the materials, causing rhythmic alterations in this visual polyphony.

A characteristic practice in Athina Ioannou’s work is the manual repetition of certain resources in the search of aesthetic perfection through perseverance, exploring restlessly one subject, obtaining thus similar, but not identical pictorial results which demand certain sensibility from the spectator. With her unique and very consistent style – which she has been capable of maintaining organically active through time–Ioannou’s oeuvre has evolved, moving towards satiety.

Polifonías is the consequence of a long time of exploration and of a dialogue between Mexico’s cultural and historical context and the artist’s European baggage.

Born in Athens, Greece, Ioannou moves to Rome at the age of 18 to pursue her artistic career with a historical line, even in the Mediterranean culture. After many years and a long period of formation in France, Athina currently lives and works in Dusseldorf, Germany and around the world, doing projects and interventions in places she is invited to. Ioannou has a deep connection to Mexico, country she visits regularly and where she developed Dipinti a olio presented at Hilario Galguera Gallery in 2006.