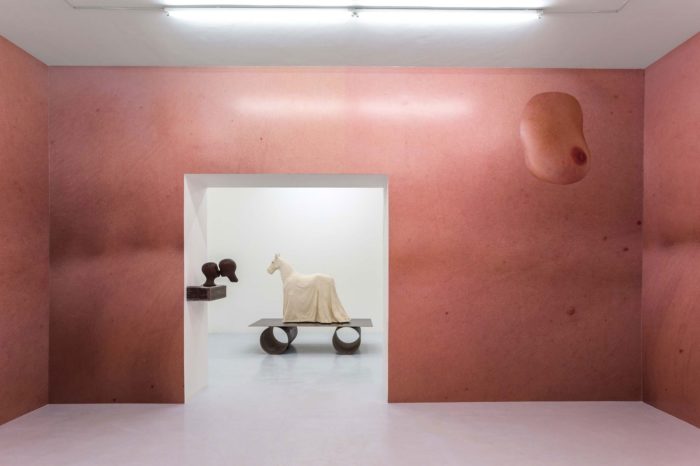 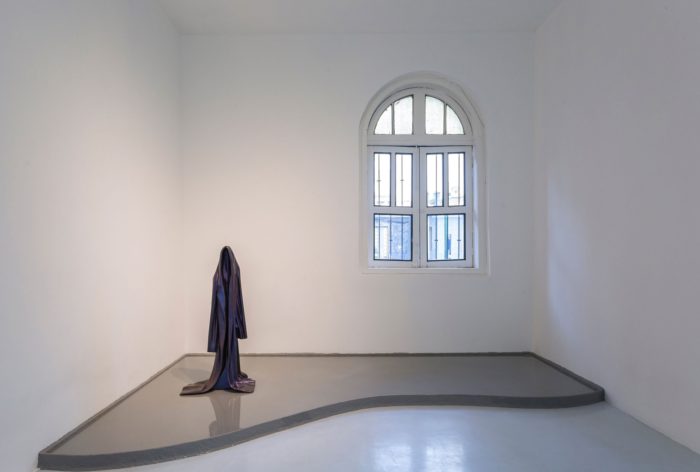 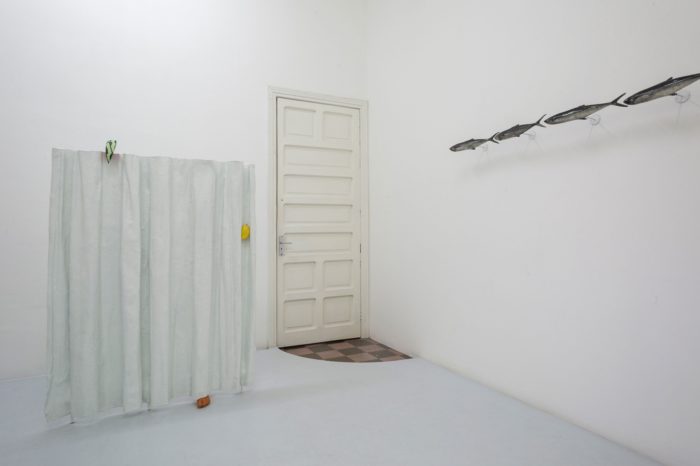 Travesía Cuatro presents Pataquès, Guillaume Leblon’s first solo exhibition in Mexico. Pataquès is the staging of multiple events that in a certain way have come to the mutual agreement of remaining in constant tension. The different environments contained in the exhibition space are not related in between them through narrative congruence, but by means of a poetic resonance.

Leblon’s sculptures are presented as transversal cuts of mythological stories or historical chronicles that have been emptied of actual characters and now are inhabited by absent bodies and monuments in reverse. This iconographical appearance is overflown by symbolic ambiguity; the only possible space for dialogue are the internal dynamics of the materials that shape up the artworks. Deterioration is transformed into a common language.

Leblon depicts the body from two peripheral perspectives. The sculptural elements show the body as absence, the vanished body works as a mere support for other objects. While the large-scale photographic installation in the first room of the gallery annuls the body through a shift in dimensions, something that culturally is known as monstrosity; in this case the bodily presence is taken to extremes, acquiring spatial characteristics, it is oriented to a radical intimacy. These two complementary perspectives create a fragmented body that is actualized through a foreign materiality. The corrosion of metal, the crumbling of rocks and the distortion of images, as metaphors of the flesh.