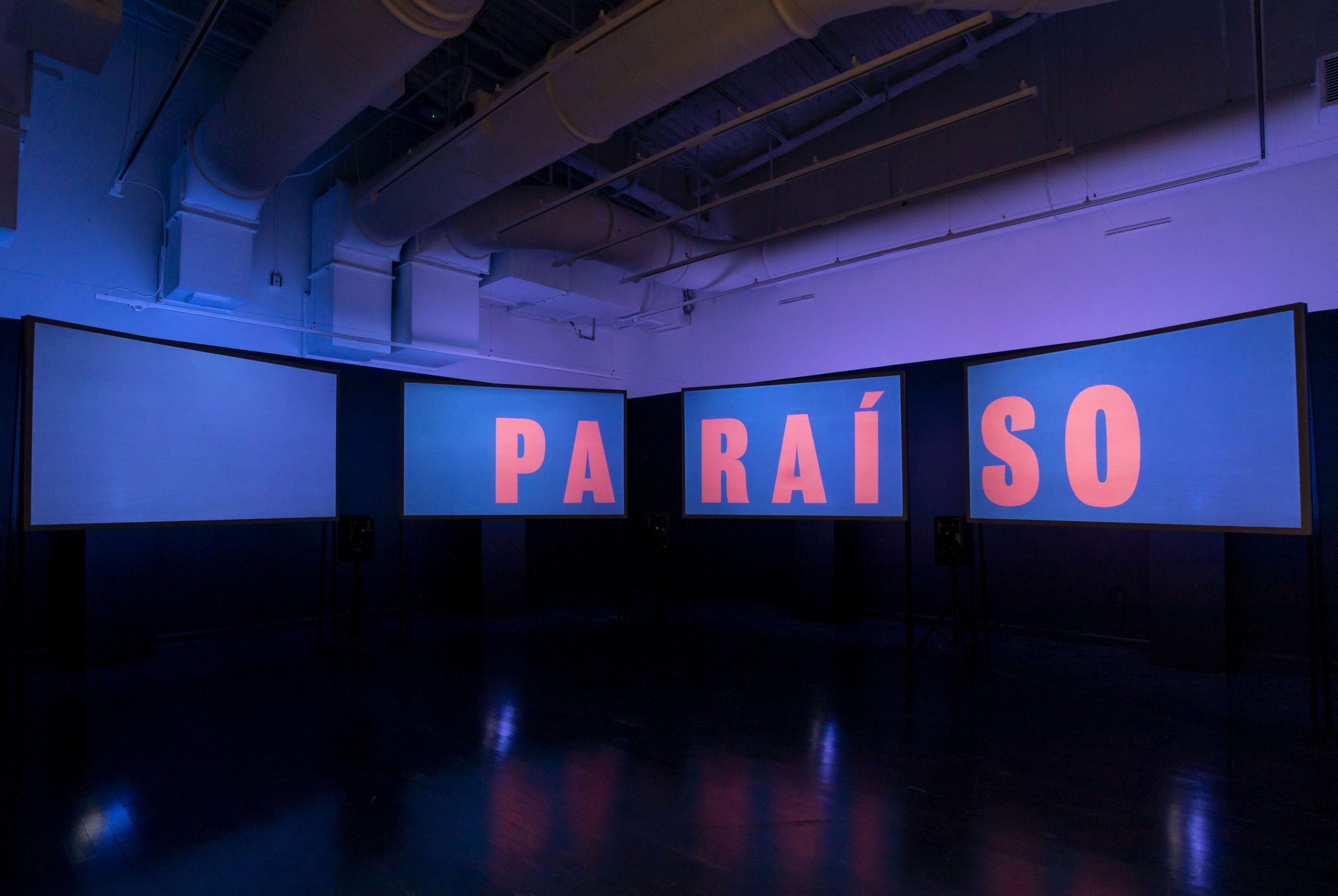 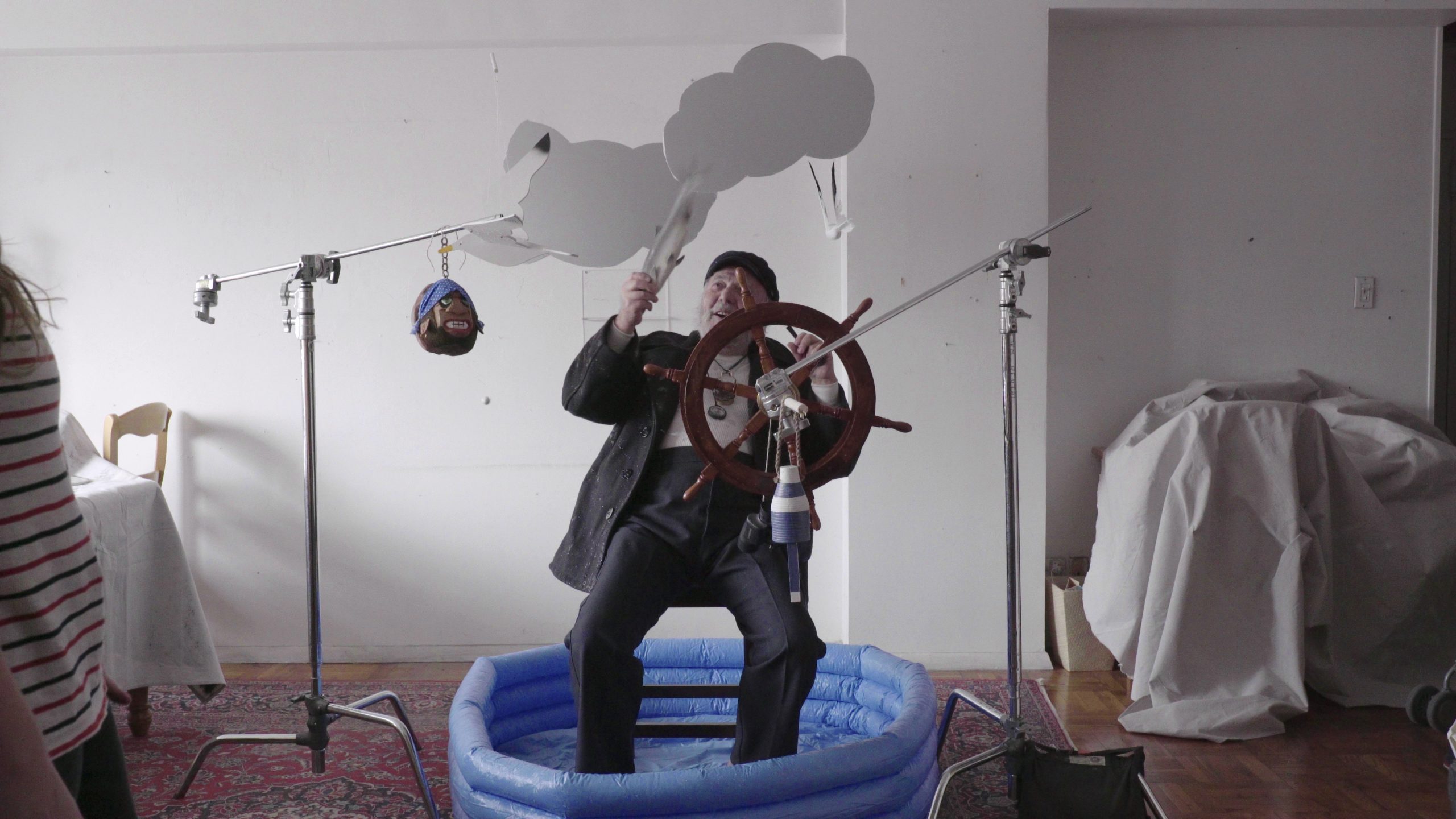 In the 4-channel video installation Paraiso, Tamara Rosenblum directs her father, Gregorio Rosenblum, a Chilean theater actor and director, in a performance of archetypes: cowboy, scarecrow, clown, Italian widow, aging actor, ship captain, as well as other characters he occupied during her childhood, revealing intimate and humorous exchanges between father as performer and daughter as audience.

Structured round short vignettes, the video consists of playful dialogs alluding to Gregorio’s own work as an artist, his relationship to the film canon, and his paternal style. Drawing from Absurdist theater traditions, the scenes are improvisational and lighthearted, nonlinear and nonsensical, and at times revelatory and profound. Much like an existential comedy, Rosenblum’s work presents moments of penetrating truth amidst a medley of amusing interactions. Poignantly, Gregorio, dressed as a clown, pretends
to ice fish in the snow, catches a message in a bottle and states, “Don’t look for us, we already found paradise”.

Mónica Heller's exhibition at Piedras Galería: «Un paisaje que no es paisaje [A landscape that is not a landscape]»