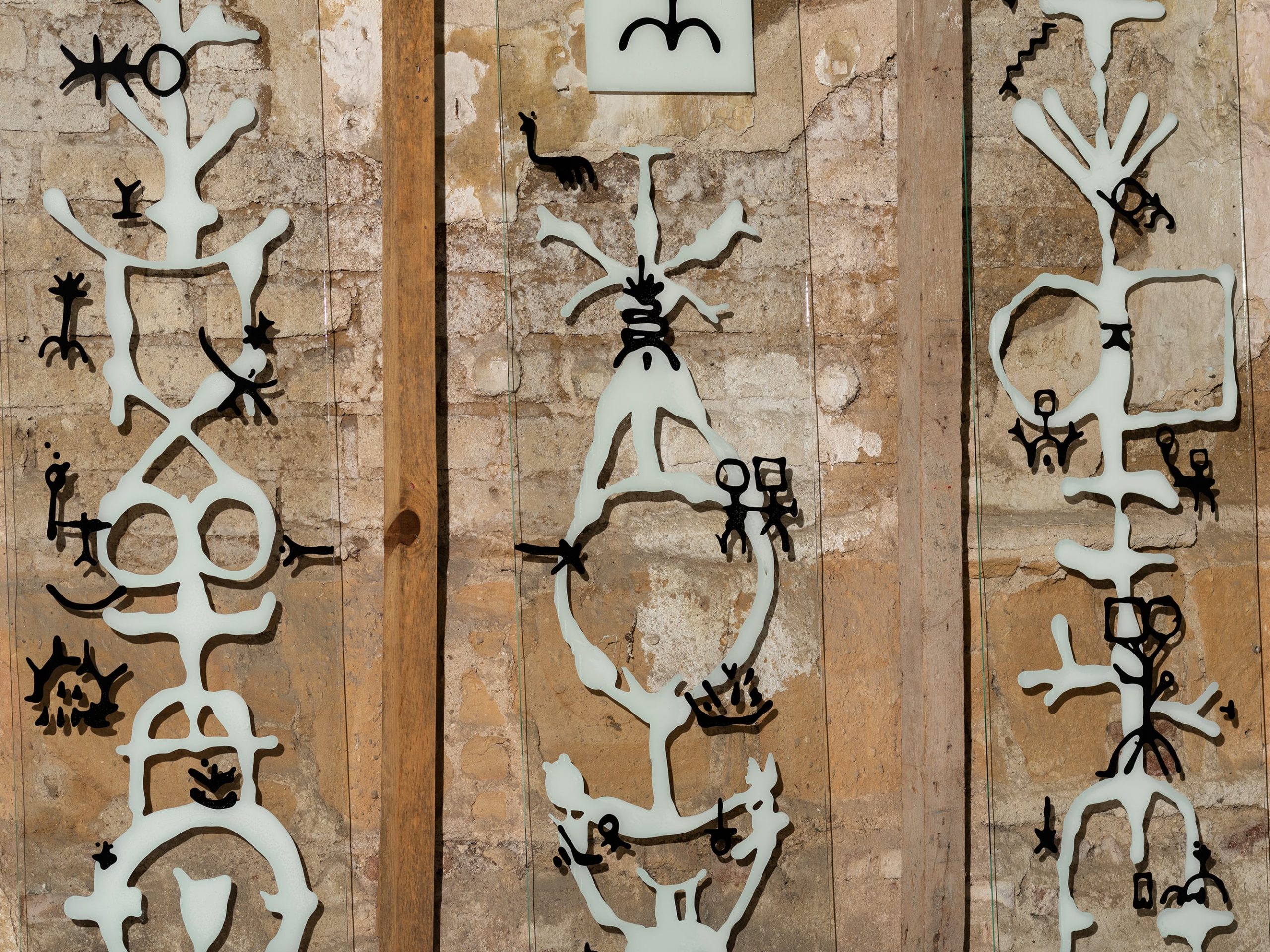 The project Para saber buscar, primero hay que saber ocultar (To be able to search, you must first know how to find) by Luiso Ponce primarily presents a series of drawings on paper completed in 2020. Part of a series of 100, the drawings were created for publication as a book, Dibujos
Brutalistas. These works were made by dripping sublimation ink on paper. Though the application of ink initially sought to suggest a shape, its haphazard absorption by the paper is what determines the final form of each drawing. Due to this particular interplay, somewhere between control and accident, it is likely that what at first glance appears to be a stain comes to be deciphered as a
concrete form, as occurs in a Rorschach test.

Upon observing Ponce’s drawings, the movement arte nucleare, founded by Italian artist Enrico Baj at the start of the 1950s, comes to mind. Baj’s works of this period present suggestive creatures that, like the subjects of Ponce’s drawings, oscillate between premonition and disintegration. Baj also made use of fate to some extent, often using dripping or running paint as informal gestures in the creation of his images. Through this application, the figures he created
end up being somewhat disturbing. Taken together, they represent a less than optimistic image of the Atomic Age, begun in 1945, with its potential for radioactive contamination or nuclear destruction.

If the reference to Baj’s work rings true today, perhaps it is due to the fact that the drawings of Ponce were also made during a critical historical moment in which we presently find ourselves immersed. During the realization of his Brutalist drawings, Ponce was interested in and concerned by the dissolution of a certain concept of the future, technostress, the excess of information, and “how unclear and tricky it is to point in any direction.” The exposition Para saber buscar, primero hay que saber ocultar (To be able to search, you must first know how to find) also presents a second group of works that takes aim at these questions. These pieces follow the same formal method as the Brutalist drawings, but are made with automotive paint on glass. Their presentation, as if floating, invokes intangibility and their appreciation through a surface that calls forth the concept of a screen are an indication of this.