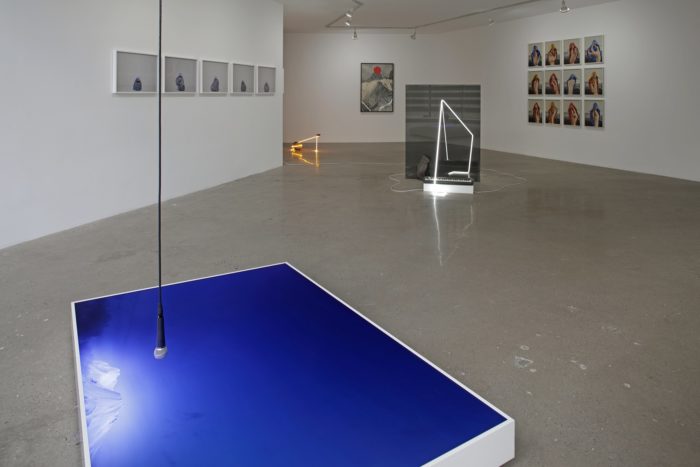 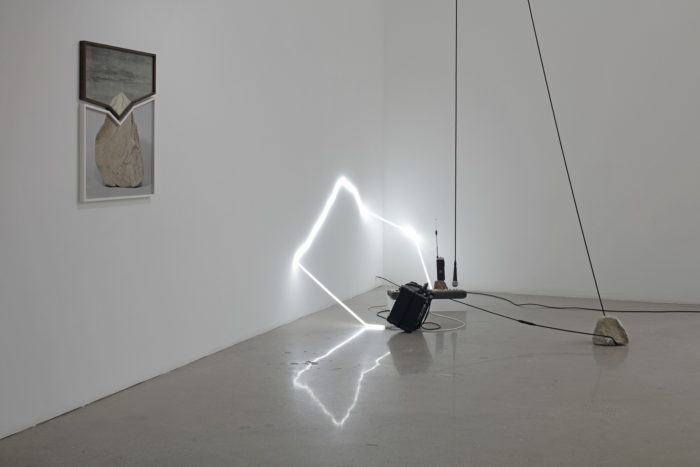 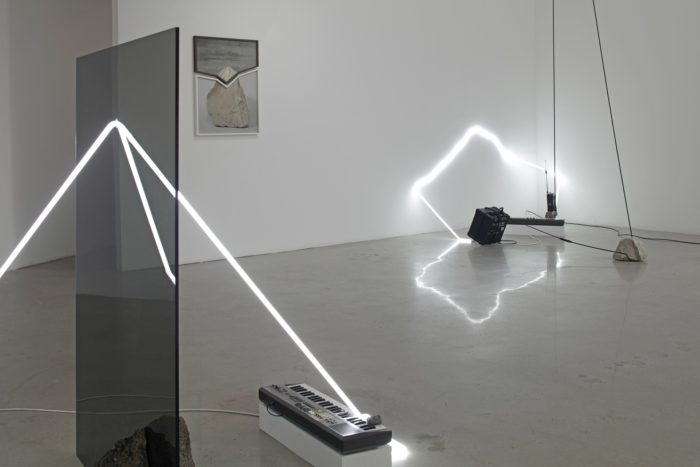 At the beginning of the 20th century, the ambition of the great painters was to make paintings that were like music, which was then considered as the noblest art because it was abstract, not figurative. In contrast, my intention in On Land was to make music that was like figurative painting, but without referring to the history of music — more to a ‘history of listening.’

Brian Eno, 1982, from the liner notes to the music record On Land

Starting in the late 1970s, Brian Eno began a series of recordings that gave birth to the genre of ambient music. His final release, in 1982, On Land, is composed of individual unique sounds of field recordings and musical instruments that function separately from each other and coincide only by chance encounters, yielding a persistent cohesive soundscape.

Similar to Eno’s intent to make a “history of listening” with his field recordings, Richard T. Walker makes work that is concerned with the “history of seeing” and shares dialogue with notions of the American West. The visual component of Walker’s work negotiates between notions of memory, projected uncertainties, the imagination and his actual experience of traversing the desert alone. Investigating preconceived notions of the West, Walker’s unique approach can be considered in the same way as post-ambient music. His techniques of seaming together video and sculptures use a similar tactic to music recording that records and lays tracks to create cohesive sounds.

For example in, an is that isn’t always, Walker finds himself as subject of the video within the frame of multiple landscapes. By responding to nature through musical and visual compositions, he effectively creates a soundtrack from his experience. The multi-layered result both activates and interrupts the landscape through a unique homage to the sublime.

Walker is a British artist currently living and working in San Francisco; his unique outsider perspective of the American West landscape is further explored in More/Than/This, exhibition where the relationship between landscape and music is staged. Using archaic forms of music technology, such as 1980s Casio keyboards, cassettes players and one-string electric guitars, he juxtaposes these and other instruments as static forms of sculpture interacting with images of mountains, dead trees and cacti from the Texas, Arizona and California deserts. The result is a complex multi-layered work that includes video, sound, neon, photography and sculpture that create and play in sound harmony — a sound and vision spectacle.