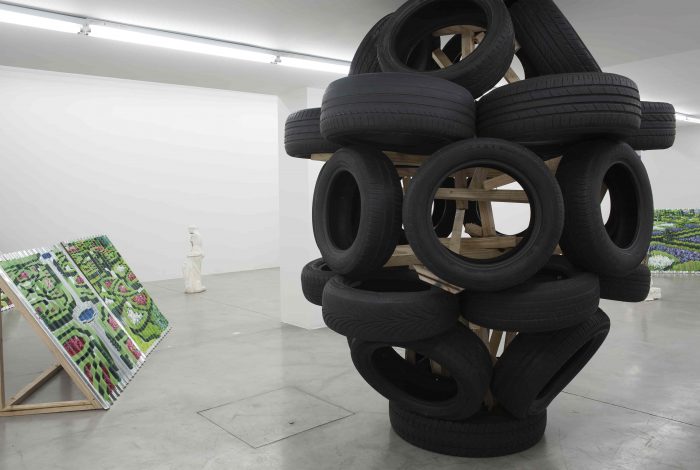 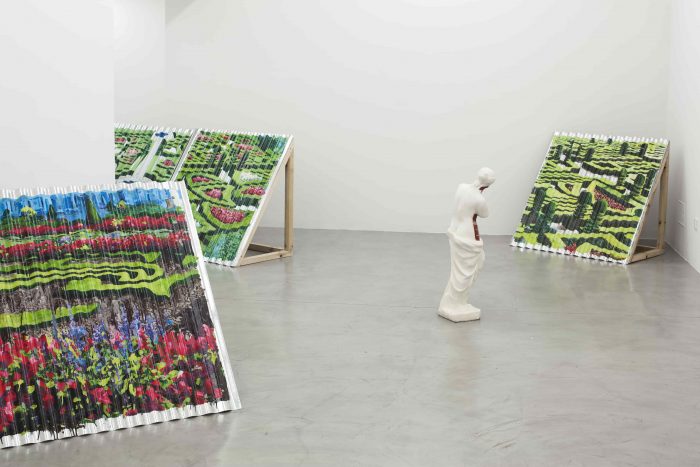 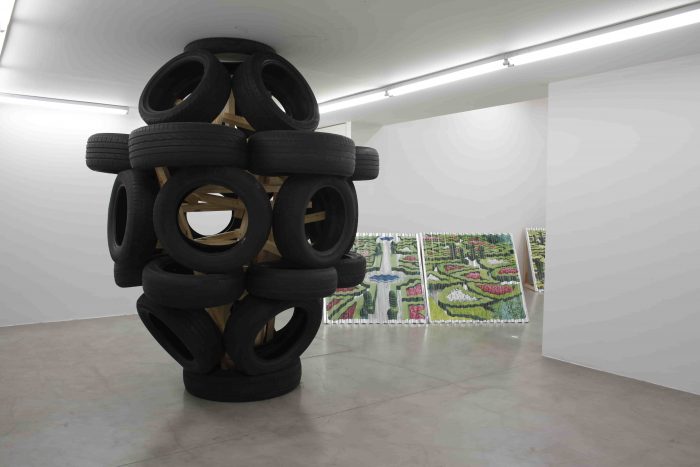 The Art of Knocking Down Statues

Some decades ago, it was quite common to use a topological simile to divide the universe of cultural productions by height: there was high culture and popular or mass culture. The differences and contrasts between them lay in formal criteria, intensity and means of circulation and consumption that, under the guise of aesthetic essentialism or universal humanism, concealed categories of social class, educational level, and access to cultural resources.

For some time now, that dubious “topology” of culture has stopped making sense; it is not relevant in the contemporary world, with enough destitution for everyone—and then some. And what that topology concealed was laid out in plain sight by Pierre Bourdieu in his monumental study Distinction: A social critique of the judgement of taste. In it, he shows in specific, stark, and precise terms how “high culture” and “low culture” are enmeshed by means of objective relations, cultural and educational capital, aesthetic disposition, and social class. The French sociologist demonstrates how cultural objects can be agents of a “brutal hierarchization” through what he terms “legitimate taste.” Preference for certain works of art ends up being “classifying.” The distinction those works bear is endlessly projected thanks to the markings of a singular universe of taste. For Bourdieu, “legitimate works” are the ones that “impose the norms of their own perception” and how they should be consumed and appreciated, which relies on specific skills, skills unequally distributed between social classes; those works have a special socially sanctioned status that confers them a priori an intention that is, precisely, aesthetic.

According to Bourdieu, cultured aesthetics and legitimate taste privilege pure and disinterested contemplation whose exercise and acquisition rest on material security. That aesthetic and taste are characterized by indulging in “formal experimentation” detached from their objects. In popular aesthetics, on the other hand, consumers tend to participate in and identify with cultural products, which provide a direct and affective gratification that “subordinates the form and the very existence of the image to its function.”

For some time, Diego Figueroa’s art has explored the tensions between the “legitimate” and the popular (David y la copia [David and the Copy], 2008; Esta noche no [Not Tonight], 2009) and the many conventions of taste in Bourdieu’s terms. His operations make use of procedures like the quote and displacement; parody and intelligent sarcasm are applied to canonical works from Western art history. When revisited by Figueroa, these works disclose their current —remarkable and paradoxical— status: they are, due to their very iconicness, both classical and popular. That ambiguity and universalization depreciates their value and their “distinction potential,” turning them into goods vulnerable to countless reinterpretations.

In his study of popular culture and carnival forms, Mikhail Bakhtin proposes the expression “grotesque realism” to refer to a system of images that uses “degradation,” that is, the transfer of signs and rituals from the “official” and serious world to the “second world” of laughter, play, and festivity. He explains it as the “the lowering of all that is high, spiritual, ideal, abstract [. . .] to the material level, to the sphere of body and earth.” That describes fairly precisely the operations performed by the aforementioned works by Figueroa in relation to the masterpieces on which they are modeled. Deliberate degradation by means of the ephemeral and cheap materials chosen (paper, cardboard, plastic bags, packing tape) in order to span the distance between the originals and the copies. Figueroa’s “lesser” versions of Michelangelo’s Pietà and David, Antonio Canova’s The Three Graces, and the Venus de Milo are also masterfully rendered. To lessen and degrade means, Bakhtin argues, to bring down to earth. It is to negate and affirm at the same time, freeing the icy and distant forms of “serious” aesthetics so that they are once again familiar and within reach, available for productive use.

Furthering this same dialectic, the popular image and the image of the popular appear throughout Diego Figueroa’s production: What is “the popular” today? How can the popular, insofar as imaginary and materials associated with the working class, form part of contemporary visual thought, that is, of art’s primary task—namely, the restoration of the image’s potential since, as Asger Jorn has warned us, there is “no power of imagination without powerful images”? What’s more, what is popular and what is classic in today’s algorithm, when there are no longer vertical and horizontal relations, but a network that spreads in all directions, when all inventories are available and the archive is immediately accessible to everyone?

These questions seem to be at the core of Diego Figueroa’s concerns regarding how the image —often, in his painting, chaotic accumulation— is constructed. A primary scene that unfolds as if emptying out a crate that holds broken toys, tools, utensils —the motley and scattered parts of what were once wholes. These are collections of material, but mostly mental, objects injected with a poignant realism whose clarity turns out to be deceptive. An array of narratives can always be traced through these constellations of scattered objects. None of them is definitive, though, because they are all lacking a subject: we can only surmise whose story, desire, sorrow is being told. At the same time, this jumble resists being grasped by vision; it cannot be taken in at a single glance, but rather flutters around a will of representation that ends up making off with the viewer’s certainty, as representation turns into blotch or stroke, sinking back into shapelessness.

Figueroa projects this material grammar into space as well. The most ordinary, utilitarian objects are the support for operations of meaning that range from the readymade to the scornful and ironic conceptual gesture. Construction materials (pipes, tubes, wire, brick, corrugated sheet metal, wood, tools) and waste material (used tires and car parts) act as signifiers of themselves —of their expired usefulness and of their possible reuse— and of the setting that consumes and discards them.

Diego Figueroa draws on this formal and material repertoire —one that, pursuant to committed and sustained exploration, has turned into his personal language— for the configurations in Mi reina, his current show. In it, he further interrogates the tensions between the popular and the classic, and the relations of class and power that they inevitably represent, this is to say, the back and forth of distinction in their contemporary incarnations.

As iconic and prestigious as the Renaissance and neo-classical sculptures engaged in his earlier works, the image that he looks to now could not be more removed —violently snatched, even— from the situation in which the artist himself circulates and works: the gardens à la française, the baroque landscape tradition derived from Italian Renaissance gardens that peaked in seventeenth-century France. Those gardens were characterized by symmetry, Cartesian rationality, and strict geometry in their spatial layout. The art represented by those formal gardens is associated with Enlightenment ideas of human self-sufficiency and the mastery of man —of the sovereign— over nature; the garden was a projection of his power and of a hierarchical order that can be expressed with symmetric regularity. But, significantly, those gardens are contemporaneous of a series of developments key to Western culture, and to its modern era: the consecration of mathematical reason and calculus, of the squaring and organizing of the State’s territory, and of Aesthetics as autonomous philosophical discipline.

While, in the second half of the seventeenth century, André Le Nôtre, Louis XIV’s gardener, was perfecting the concept of the formal French garden, Blas Pascal and Christiaan Huygens were laying the bases for calculating probabilities, and Gottfried Leibniz was developing infinitesimal calculus and inventing the binary system on which our digital world rests. The geometric parterre is the dominant element in these gardens’ formal vocabulary. Also central are broderies and bosquets laid out in symmetrical stretches of flowerbeds and hedges trimmed to shape ornamental patterns and repetitions of motifs through what is called topiary art, modeling by means of boxwood pruning. As is evident in Versailles and Vaux-le-Vicomte, Le Nôtre’s designs were at the service of architecture; the gardens were integrated into the palace and the surrounding grounds which encompassed hundreds and hundreds of acres. Their very conception included a visual device: they were designed to be seen from above, from the palace’s terraces, with vanish points and ad infinitum perspectives. They were, then, a sort of aesthetic panopticon.

On that precedent, Figueroa takes images from those gardens that form part of the algorithmic repository and situates them on a device from the universe of his own production, which also contains startling optical qualities: corrugated sheet metal. Removed from its function, the metal acts as a support in which the grooves envisioned as corrugations to keep water from accumulating by channeling it to the ground corrugate the image itself, rendering it liquid and mobile; the image can no longer be taken in in its entirety, but must be seen from certain angles. The result is a powerful condensation: the image of the royal garden as geometric and artificial rendering of the outdoors and as enactment of an absolute power on a support that is the most basic, the lowliest element that can be used for protection from the elements, for providing some sort of shelter. Figueroa’s gardens have their own statues, which waver between works of grotesque realism and installations made of objects released from their intrinsic use. They show us that the violence implicit to the very inception of any game —a violence that this one cannot sublimate— is evidenced as the impossibility to keep playing because the ball has gone flat.

The title of this exhibition, Mi reina —literally “My Queen”— is a common term of endearment in northeastern Argentina and in Paraguay. Ambiguous, like so much vernacular speech, it connotes both sovereignty and submission, the one who says it expresses both ownership of and reverence for the one to whom it is said. In Diego Figueroa’s garden, the king —the queen— no longer casts sovereign vision over his potentially endlessly dominions: he is just an absence, a statue knocked off its pedestal, though his dark feet still cling to it.

Sovereignty is also, of course, a complex political and philosophical concept. For Georges Bataille, sovereign thought is thought not at the mercy of need, but rather available for the “true game” where the question of life and death is posed, the one that equates that which has an end and meaning and that which does not. As these works try to tell us, a sovereign thought is, then, one that overturns submission to the encoded regime of the image and the tyranny of economies of attention that, with their imposed powerlessness, consume the most beautiful instances of our existence —by means of the insurrection art is still capable of inciting, provided it breaks out of its bondage and becomes something more than mere bearer of distinction.

—Text and curatorship by Francisco Ali-Brouchoud

Diego Figueroa was born in Buenos Aires in 1975. He has lived and worked in Resistencia, province of Chaco, Argentina since 1978. He attended workshop by artist Eduardo Medicci and received scholarships for visual artists, supported by the National Fund for the Arts, Buenos Aires, Argentina and Fundación Antorchas.

Since 2002, he has developed and designed numerous projects to promote the visual arts in his city of adoption. Through the National Fund for the Arts, he has coordinated programs geared to artists working throughout Argentina.