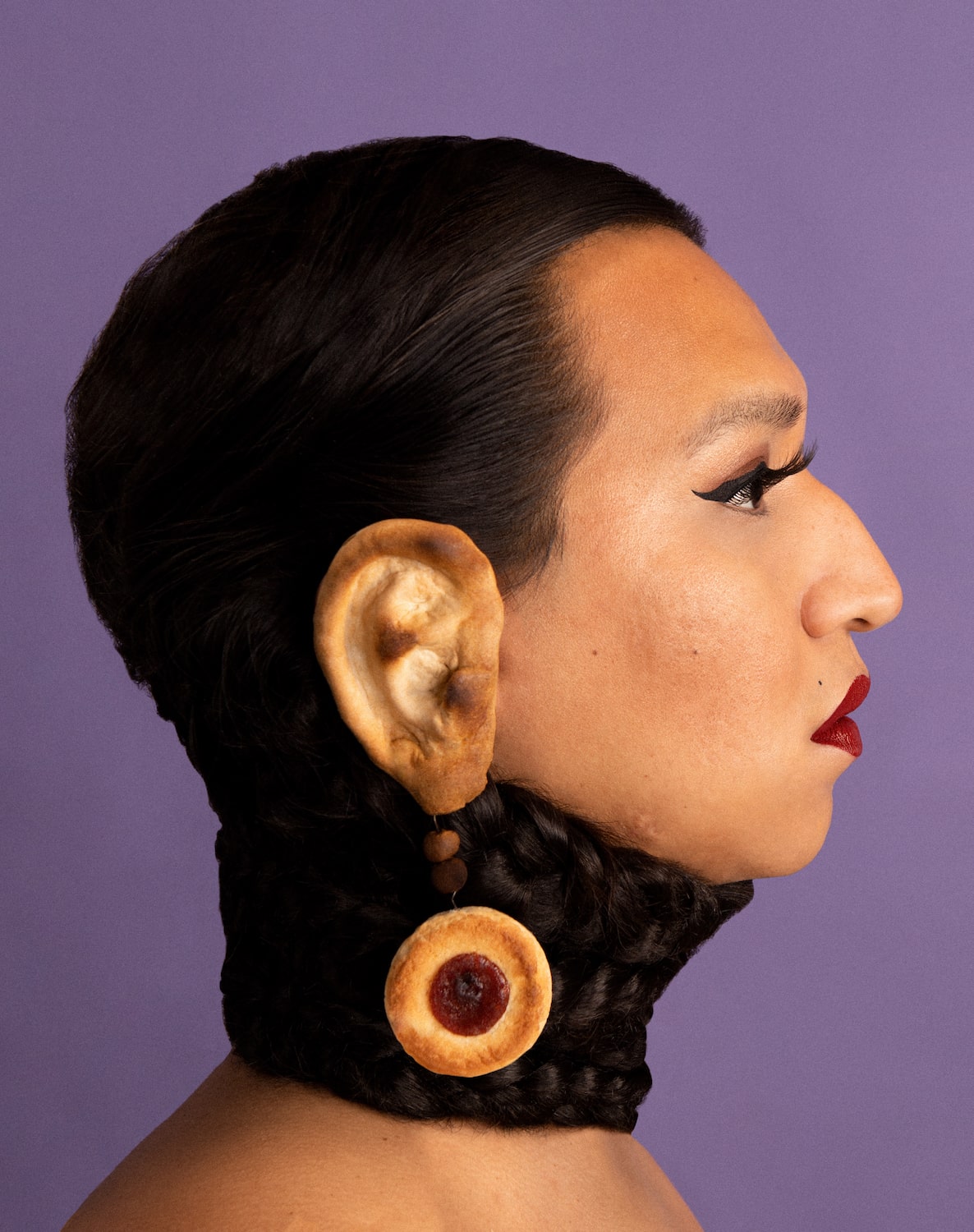 PASTO is pleased to present the first solo exhibition of Mauricio Poblete in Buenos Aires (born 1989, in Mendoza, Argentina). His work addresses what being a mixed race individual means, and the heritage it entails, focusing in particular on the figure of “La Chola”, a cultural identity on which the implicit tensions the indigenous population have been subjected to become visible: forced and labour exploitation, marginalized communities, but also it’s aesthetical exotization and it’s consequent commercial use.

Curated by Leandro Martinez Depietri, the exhibition borrows it’s name from a torture instrument of the Spanish Inquisition (The Heretic’s Fork), a bi-pronged fork attached to a belt around the victim’s neck, unflinchingly secured the angle of the head, thus making it difficult to speech. Should the heretic victim fall asleep, allow their head or jaw to droop, then the sharp prongs would begin to pierce their throat and chest. This punishment was carried out until the subject would murmur the words ‘’I repent’’.

In a single movement, it would inflict pressure on both the physical source of feelings and the source of speech, seeking out to engrave repentance and guilt on the body.

Poblete, with his artwork, inflicts a similar kind of pressure on the contemporary notion of the body, setting out to defy the ways that this imaginary repressor carries on leaving a visible scar on the flesh. By putting his body on the spotlight throughout different materials and pillars that create a queer narrative —as mutating as irreverent— tearing apart the rigid imaginary that prevails on racialized lives.

From the fragmented assemblage of diverse everyday scenes, Poblete articulates a radical language depicted in performance and videos, painting and sculptures, embracing varying manners in each media, and giving out signs of a dissident path. It reclaims iconographic elements and symbology of different American nations —from the Mexicas, to the Moches and the IncaS— taking part in a counterfactual history that upgrades them by starting a dialogue with contemporary imagery, referencing mass culture and to parties as sites on which genre and sexual anxieties get applied pressure on and negotiated.

A semi-biographical fiction, the construction of it’s own public images poses a paradoxical manifest, neither programmatically nor prescriptive, but performative in the sense of making way to other vital repertoire, to other ways of approaching and perverting the social expectations by rewriting the ways on which they manifest on the body, limiting it’s capacity.