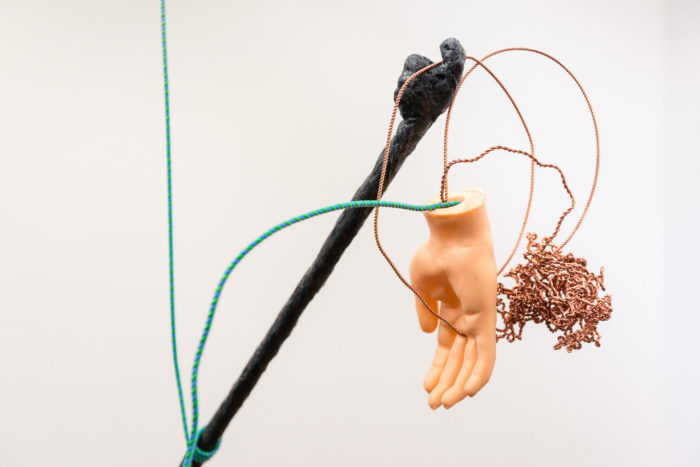 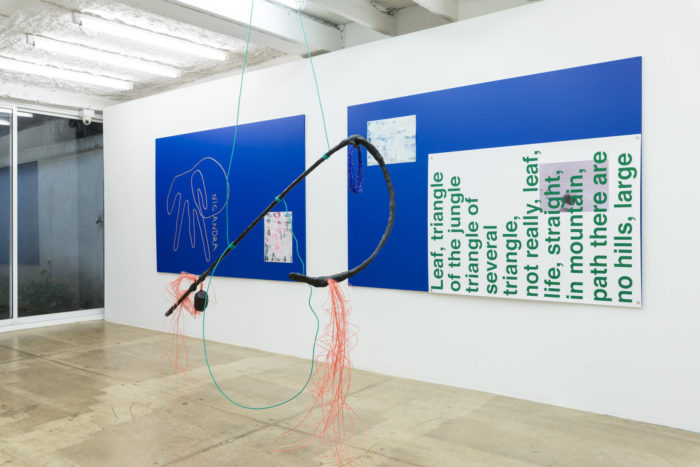 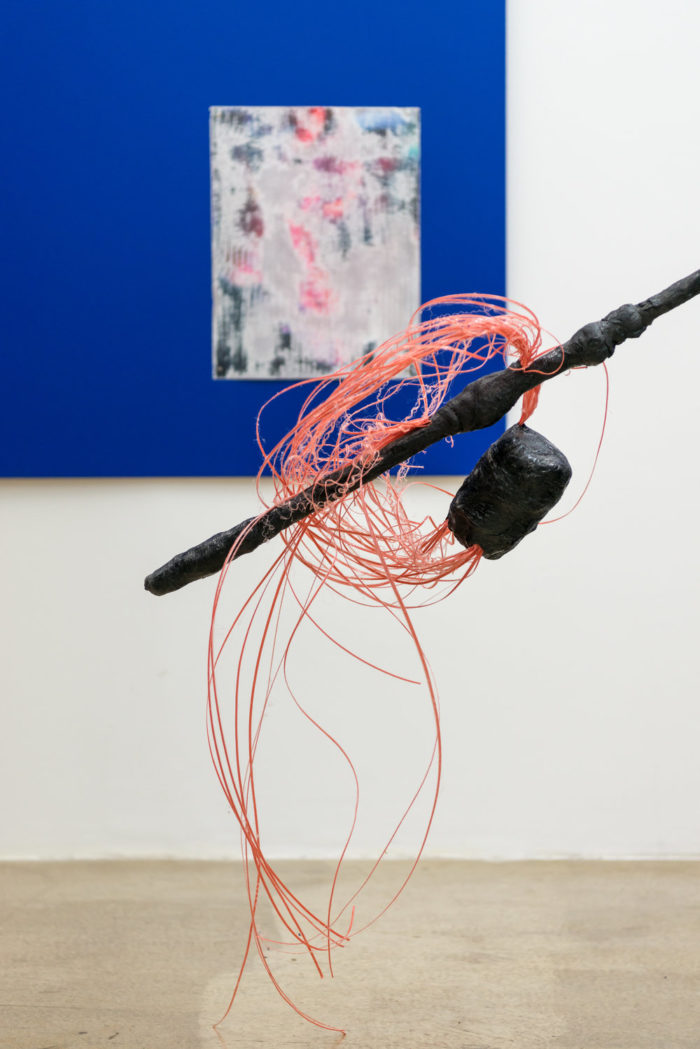 It is said that Hernán Cortés men were petrified at the sound of the Aztec empire drums; even now they still vibrate with force and set the pace from which a part of history and collective imaginary is constructed.

In Spanish, “mañana” from latin vulgar mañana (morning /early hours) means “running time between midnight, “from dawn until noon” or “future preceding us”. However, time is relative. At dawn, we can think that the future that some call uncertain is for others revealed from a past temporality.

The work of Julien Creuzet (b. 1986 Blanc Mesnil, France) is defined under a temporary and hybrid prism; his visual works, videos and sound installations direct us into an infinite circle where, equipped with a tactile light tool (smart-phone), he attracts our attention to historical memories which he artfully transforms and blends into entwined constellations.

stone in the history of the earth,
stone placed in a transversal direction,
cross man,
glass phallus of dark stone
petrified salt, sends me a text,
an email, a pearl chain
sends me a text
send me the wind,
out of nowhere, the dust
send my reflection

The artist guides you through Mañana Vapor on a path where jungles and nebulous streets are to be crossed. His installations, collages, and poems, create an atmosphere composed of material elements that give an account of his existence. Behind his choreographies and videos, a ritualistic energy emanates and enchants. Fragments of poems and photographs are superimposed and printed on to polished surfaces, feverishly wanting to escape from the video that contains them and whisper magic stories into your ears. By creating powerfully visual narratives, he seeks to weave documentary reality and fantasy into one colorful cosmic tapestry.

dirty wind, the dust of the earth,
comes against me,
comes without an edge
without body
tonight he/she whatsApps me
it comes from vapor,
sweetness and torment

The exhibition embraces the idea of the reversible and mutable through hybrid works where Julien Creuzet recovers objects and myths that history has, to date, left aside to make its own agenda prevail. Between the occult and the visible his work questions the idea of a blurred timeline, the fragmentation of identity, the possibility of multiple realities, which are neither static nor minimized by contemporary cultural clichés. Strong transitions and plastic displacements transcend a binary vision allowing collective reappropriation of history. Then and only then Julien Creuzet stories reveal themselves as possible: they shine in silence waiting for our hands to embrace them.