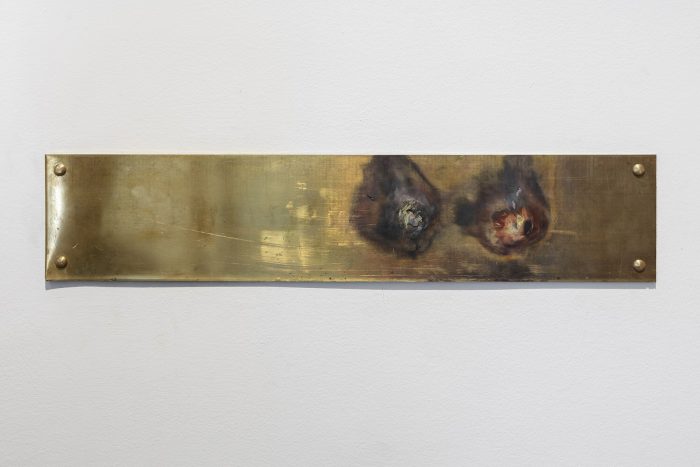 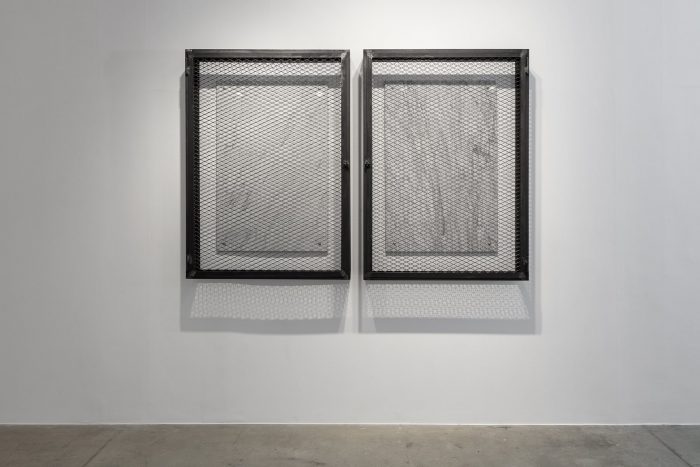 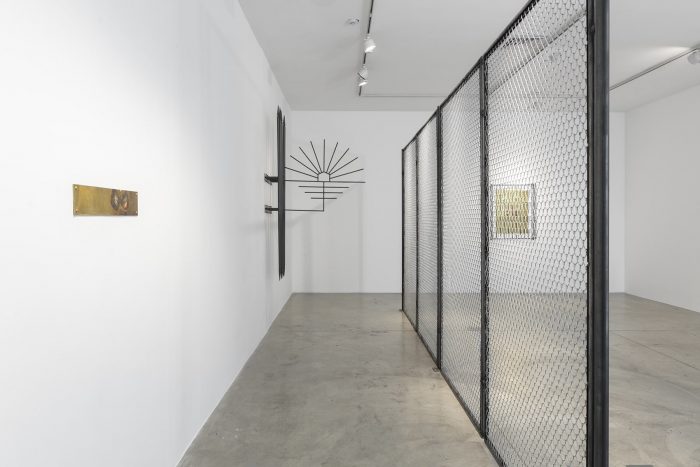 LOTE begins as an inquiry into the concept of a monument, the objectification of history and memory, and ends up as an energetic reflection on the right to inhabit in contrast with the institutional use of public space.

Oblitas gathers elements such as marble, metal fencing and flagpoles—typical formal gestures of material commemoration—and alters them with a sculptural language that subtly disfigures each structure until corrupting our idealization of the monument as a physical expression of collective memory. In addition to this deconstruction, there is the relocation of the hegemonic aesthetic of the monument—designed to inhabit the exterior—to the semi-public space of the museum.

Two guiding ideas drive the exhibition: the right to use public space and the right to inhabit. For LOTE, Oblitas began her research by photographing both monuments in the main squares of the city, and sculptures in niches and mausoleums that are born from more intimate memories. A notable influence in this stage is The Cells, series by Louise Bourgeois, in which the viewer perceives the pieces through a mesh, playing with the idea of the intimate as refuge, trap and prison. Oblitas translates this perspective from the intimate to the street, observing the fences around parks, niches and monuments, and confronting this appropriation/protection of public space in her work and in her installation decisions: the panels that cut across the exhibition space is made of the same material as many fences in the city.

Raura Oblitas’ work fluctuates between the museum or gallery space and the intervention of the street, a permanent axis of her work. Her intervention of the monument of María Elena Moyano (2015) serves as precedent of LOTE, in which she covered the statue with smoke in order to give it movement and to conceal it for a brief period of time. This piece is essential in her approach to Villa El Salvador and its subdivision process: an unbounded space given a place on the map and, therefore, in the world of real estate. The idea that a place becomes “real” when it is given an economic value.

LOTE is thus the physical questioning of the monument as a public space that becomes private or prohibited through a fence, and of unbounded space that becomes private through a piece of paper. Some sort of irreverence before the aesthetics of the formal, monumental and commemorative summarizes the encounter of concepts as graphic as possible: a piece of black marble in all its magnificence is used as support for a subdivision plan drawn by hand.

Raura Oblitas (Lima, 1979) has a body of work linked to sculpture and its relationship with architecture. Her formal concern comes hand in hand with her interest in urban processes and her reflections on the precariousness of the structures of the city of Lima, which contrast with its modern urban narrative and economic growth. Oblitas works with construction materials such as concrete, metal, corrugated iron and bricks to explore social and architectural transformations.

What you talking about it?