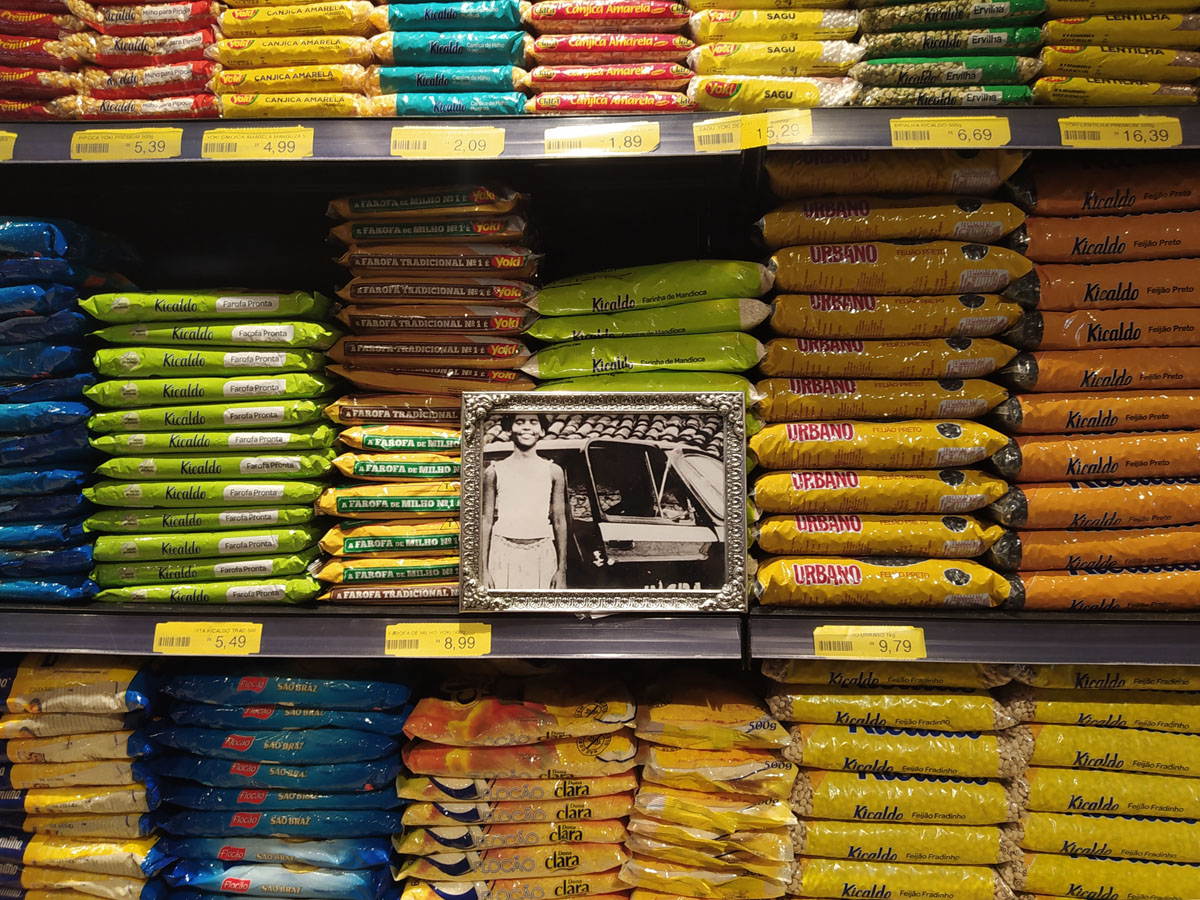 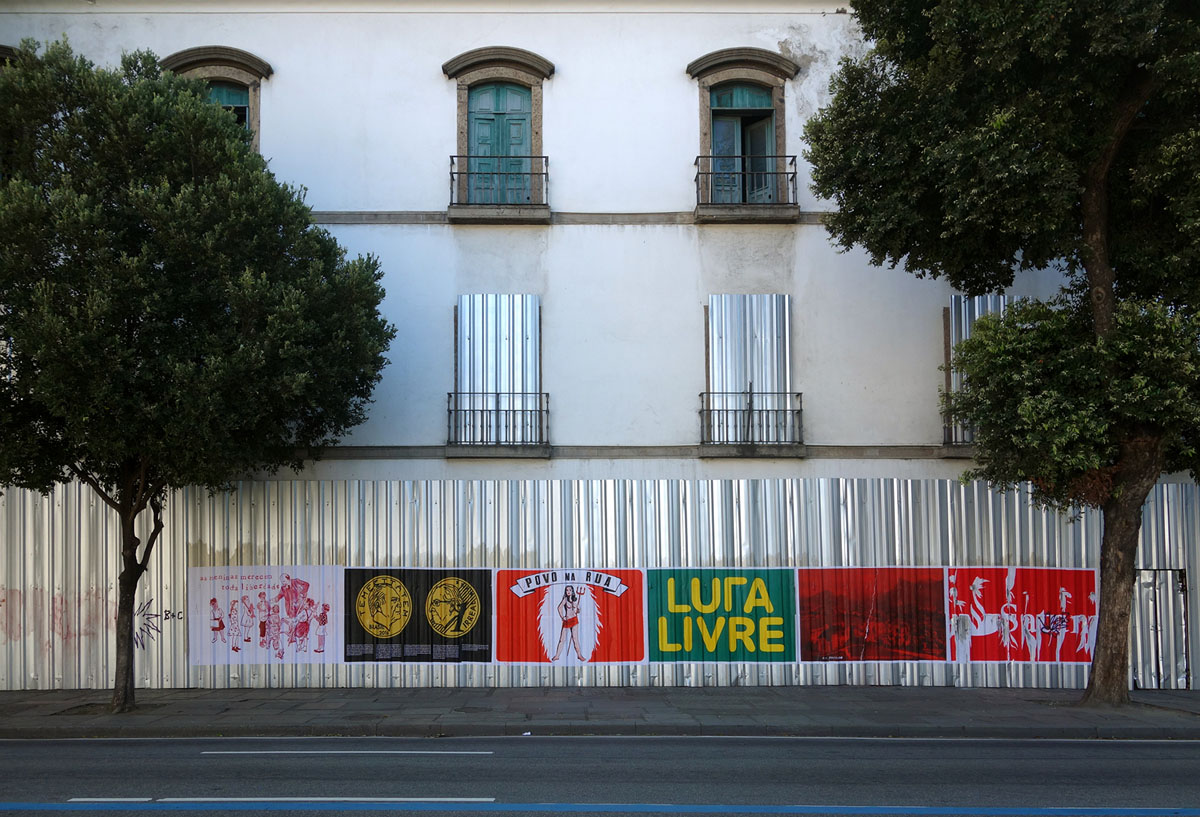 In Brazil, a web of overlapping crises have made this country a dense entanglement of political disputes. On one hand, dark political forces are rushing to dismantle democratic rights and institutions conquered through years of popular political struggle, taking advantage of the atmosphere of fear, perplexity, and suffering set by the pandemic. On the other hand, those who fight in defense of livelihood, freedom, diversity, culture, and democracy are working to develop alternative forms of collective mobilization that are capable of overcoming the challenges of this new age. To that end, Solar dos Abacaxis has created the initiative LOCAL DA AÇÃO.

Even during the COVID-19 pandemic, urban space remains an arena of political disputes. When this initiative was conceived, strict social distancing rules were in place in most of Brazil’s states. Despite this measure, we witnessed demonstrations with the clear intention of intimidating democratic entities—protesters called for the shutdown of the Supreme Court of Justice and the Federal Congress, institutions that were forcibly closed during the military dictatorship in Brazil and whose reopening was a milestone for the country’s re-democratization.

As these retrogressive forces, encouraged by the federal government to forego social distancing guidelines, continued to claim and occupy the public spaces of our cities, we saw the need to formulate a symbolic response that defended our perspectives and intentions for establishing anti-fascist ideals in our urban spaces.

Yet, how could we imagine sustainable urban interventions while our power and presence in these spaces is (or, alas, should be) restricted? How could we overcome the pressing need to manifest politically beyond a universe governed by algorithms, all while working within the public health restrictions of the pandemic?

With these challenges and contradictions in mind, we invited 3 collectives to—with all due precautions—develop urban interventions in three different cities in Brazil: CARNI Coletivo, an afro-indigenous art collective composed by artists from Pernambuco, whose interest lies in promoting actions with the purpose of uniting, strengthening and empowering their class. ReOcupa, an artistic project of shared management at Ocupação 9 de Julho with the MSTC—Movimento sem Teto do Centro (Center Homeless Movement), in the centre of São Paulo; and Tupinambá Lambido, wheatpaste poster campaigns conducted by a group of artists living and working in Rio de Janeiro. Each collective has developed their own tactics of
artistic intervention simultaneously in their cities and in our social networks.

LOCAL DA AÇÃO began on August 1st with Coletivo CARNI’s Inserção em Circuitos Mercadinhológicos (Insertions into Market Circuits), interventions in supermarkets distributed throughout the Metropolitan Region of Recife and a municipality in the Zona da Mata of Pernambuco. The supermarket was a common axis throughout the life of the participants. Through actions recorded in videos, photographs, and audio, they inserted themselves in both big chain markets and small, family owned stores. The resulting records were, according to the artists, “a mapping of a territory-flow, but foremost, an exercise of attention that composes the movements of entering and leaving”.

This project was followed by ReOcupa, who further developed their ongoing Fumaça Antifascista (Antifascist Smoke) movement in São Paulo and Pelotas, in Rio Grande do Sul. Inspired by the expressions of football’s torcidas organizadas, the artists spread black and red—the colours of antifa movement—smoke in several locations throughout multiple cities. The actions were closely documented and shared through social media. Its first occurrence, at a demonstration, aimed to “create images that could be shared and show that pro-Bolsonaro protesters (…) do not have all that power.” ReOcupa also performed Monumentificação do Ressignificado (Monumentation of the Resignified), a new work in which printed signs are displayed on several monuments. The signs elaborate criminal records, disclosing and judging the exploratory and colonial past of the symbols that occupy public spaces throughout the city of São Paulo.

And finally, we saw Tupinambá Lambido developing a third campaign of wheatpaste posters. Their first campaign took place in 2017, shortly after the coup that removed Dilma Roussef from office and increased authoritarian positions. Through illustrations, anagrams and graphic experiments with texts that reflect the urgency of the moment, the current campaign reflects and mocks on the new government terrors inflicted upon us, much like a finger that exposes an open wound.

LOCAL DA AÇÃO borrows its title and draws inspiration from the homonymous series by Anna Bella Geiger. Under strong repression during the military dictatorship in Brazil, the artist built through her print and video series entryways to possible “places of action”, creating a conceptual space to address a political sphere. In Geiger’s work, “places of action” are in-between places, places of movement, of transformation. Places that resist representation, places of ambiguity and opacity, places that create contradiction in the world’s order.

LOCAL DA AÇÃO and the subsequent deployment of resources to all mentioned collectives was made possible through contributions collected via FunColab (Collaborative Fund for Artists and Creators), which is still open for donations through Paypal. The distribution of resources to artists and creators during the Covid-19 pandemic has continued, thanks to the generous contributions of private donors, despite disruptions at our headquarters as we work remotely to maintain and amplify the efforts of our institution.