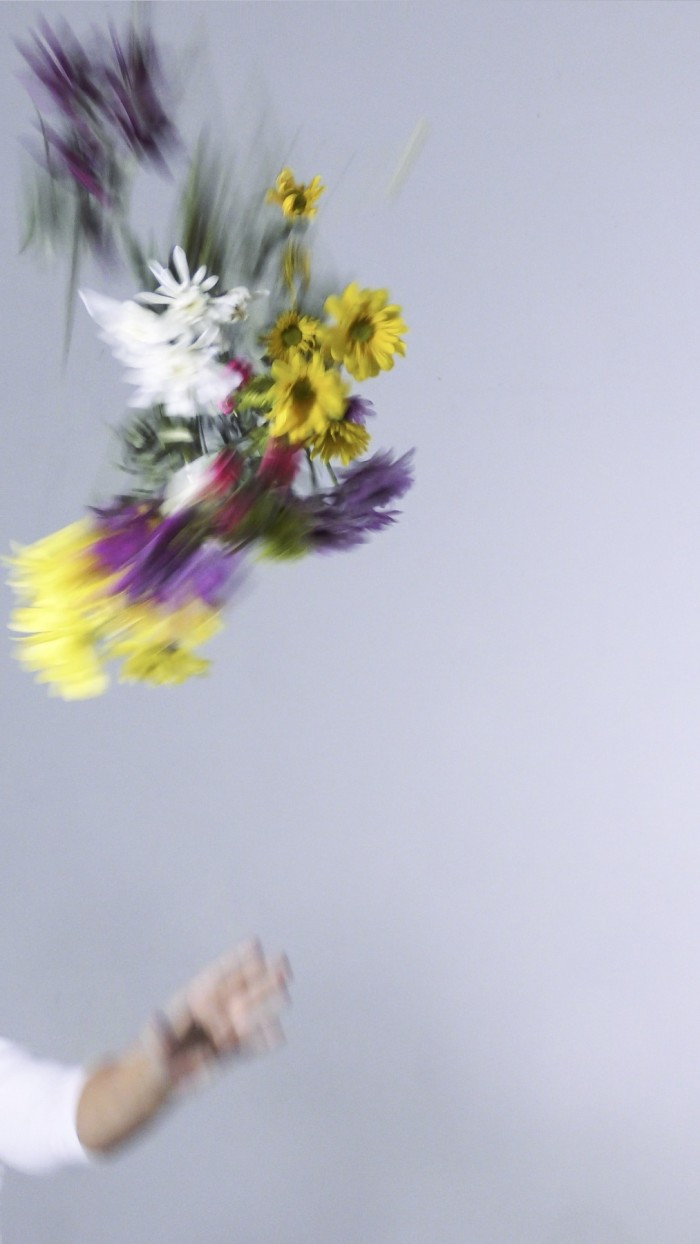 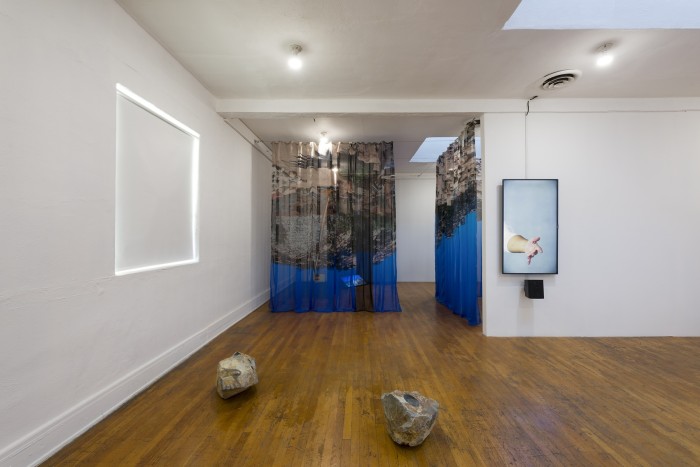 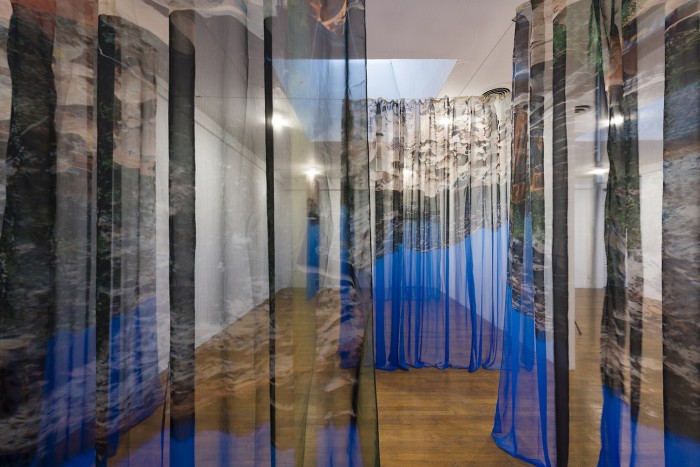 This exhibition begins with a mountain. Or perhaps it is more accurate to say it begins with the feet that stood on a rock, with the hand that marked it. The mountain is the surface, pigment, and subject of sculptures, paintings, and video installations in Neha Choksi’s exhibition, Liberty Matter, which gestures between “affirmative acts of destruction” and non-productive acts of creation. Choksi’s investigation of materials and temporality for accessing existential insight is augmented by meditations on hands and feet —the first tools used by humans to move toward these more exalted realms.

As the title Liberty Matter suggests, Choksi’s exhibition touches on idealism, the idea of liberty, and the concrete reality of matter. In aggressive and sometimes humorous ways, Choksi’s work demonstrates the potential of matter to achieve the aims of autonomy. Seemingly wishful and wistful thinking are grounded by the indomitable presence of rocks.

The rock sculptures, The Weight of the Cave, demonstrate Choksi’s exploration of human energy galvanizing matter. The artist makes pigment from the extracted rubble and reapplies it as handprints on the same rock, marking the spot she would normally grasp to lift the rock. These painted sculptures are markers of effort with manufactured indentations and handprints of the artist channeling the rock from its source to a symbolic physicality.

The single-channel video, A Stone’s Throw…, features members of Choksi’s Los Angeles community sharing their beliefs and throwing rocks. At the moment of impact handprints appear on the screen, reminiscent of the first instances of human art-making in Stone Age caves.

Insurrection situates the viewer in the path of the volleying between the 2-channel video installed on opposing walls. Starting with play objects, segueing through items flung in domestic squabbles to the final cobblestone thrown, the work is at once an homage to ancient, mundane, and anarchic rhythms.

The video installation Dust to Mountain pairs sheer, printed curtains with a video shot in the environs of a landscaping supply company. The video —displayed at the angle of the artist’s reflexology— shows the artist kicking increasingly unyielding substances: dust, gravel, pebbles, rocks, boulders, and finally a mountain. There is a productive and potent energy of belief —the willingness to give over one’s body to the cause of making things suit our intentions. We can find hopefulness in the artist’s failure. Through her efforts, sweat, and fatigue, we begin to believe with her.

From prostrate to upright, ground to sky, nature to culture, Choksi invites a reconsideration of the most basic elements of human existence in light of all that they make possible.