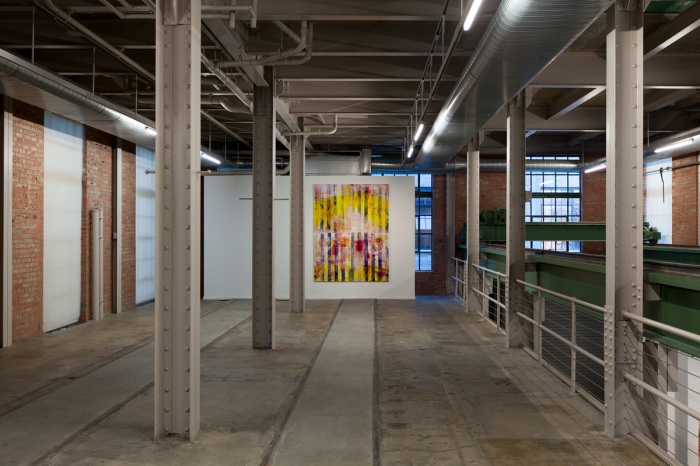 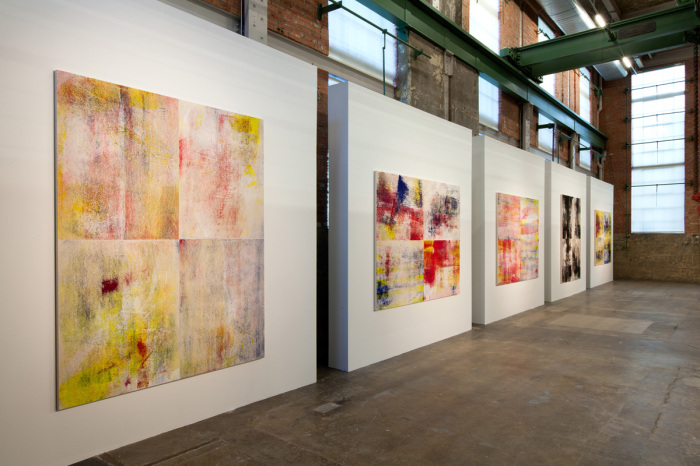 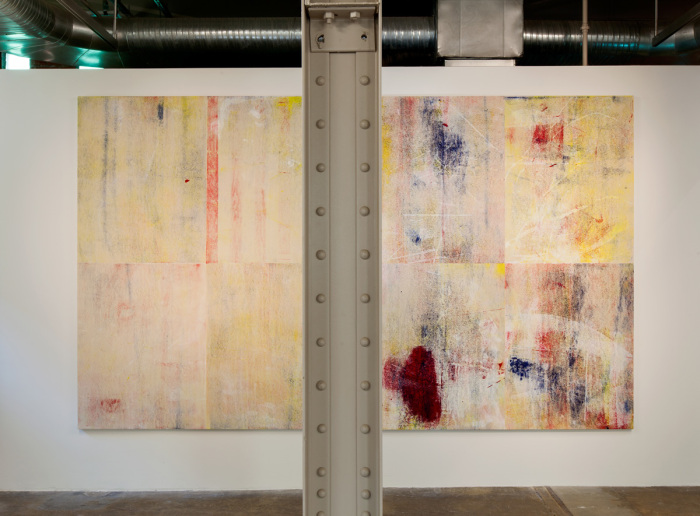 (not pictured): On Lund

The following text (press release) attempts to make sense of some things related (more or less) to Israel Lund (b. 1980 – ). With his exhibition (new work) opening (January) at the Power Station (Dallas), it seems appropriate to share some of them, rather than withdraw into speculation (too late).

The show. Some of the paintings have their own wall (jpg). Some don’t (jpg). Some are hung vertically (portrait). Some are hung horizontally (hamburger). Each painting is a simple grid of abstracted images (Lund, 2012-14). The logo (vacancy) for the exhibition is a cross-like shape (like the paintings) comprised of two overlapping rectangles each divided into four (+) quadrants (gpoy).

The paintings’ stripes have been seen before (fact). They’ve been on other Lund paintings (David Lewis Gallery) when they could still be labeled allusion (Buren) or appropriation (butthole of language). But they’re changing now (metaphor). They’ve appeared in so many different places (studio, galleries, windows, computer screen, telephone screen, books, garages, other paintings), and so many different ways (Instagram, tumblr, auctions, un nished, exhibitions, mail). Even ironic consumption has its limits (culture (chubby little fat fuck)). At the Power Station, the stripes have warped (they were never really that straight).

Lund made other work for the show (stickers). Here and there, the exhibition logo (mosquito). And other logos (c. 1958 – present day). They don’t all look like Lund’s design (stonecutters). They are all over (red herring) the building (rhetoric). Architecture (parentheses) communicates in patterns of behavior (a sign that goes nowhere) and use. Images focus vision in the same way. But Lund implicates attention (conspiracy) with tangled signs all around ( ().

An example (relevant conclusion): if Texas (172,044 acres) was solid pine (most common source of paper pulp) forest (trees (80,500 sheets paper (20 lb bond letter size) per tree) at recommended 7 ft. distance density), and we printed every image (4×6 in.) uploaded to Instagram each day (70,000,000), after one year (+/-), the Lone Star State would be decimated (like most of the state already). It is dif cult not to read cataclysm in these numbers (paranoia). A system (communication) that possesses the potential for such destruction (impersonal) pulsates with its own entropy (consumption).Notfactoredin(toohung-over):thesystem’sgrowth(usercreation)and uctuationsinrates(massive increases) of image (art) sharing (hell). Chaos inheres with information (not pictured).