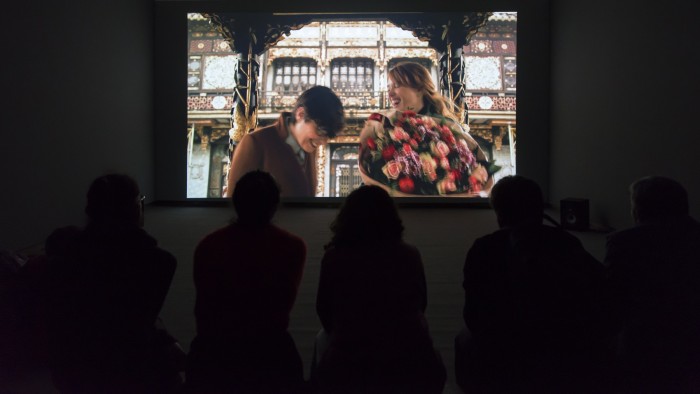 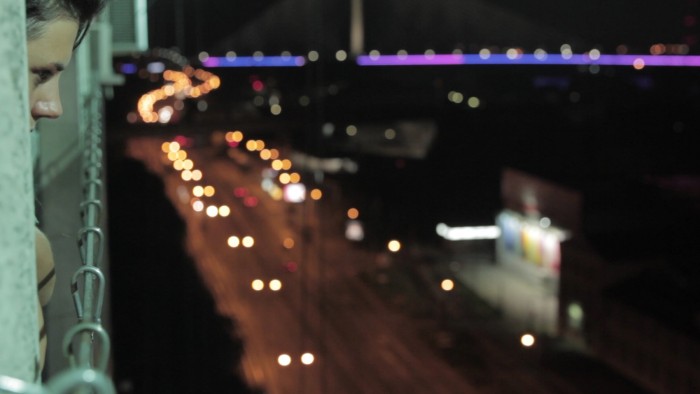 Islas Nuevas is an exhibition of recent films by contemporary artists presented at Galería Macchina, Campus Oriente UC. The selection of works investigate ways of telling stories and alternative temporal forms, often by re­assessing or reclaiming past occurrences and utopian models. The films are presented in an exhibition format of two separate programmes of about two hours in length, that run for half of the duration of the show. These programmes include works by Pauline Boudry & Renate Lorenz, Buenos Tiempos Int., Redmond Entwistle, Emma Hedditch, Claudia del Fierro, Cassandra Guan, Adelita Husni­Bey, Daniel Jacoby, Sophie Nys with Arto Lindsay, Alex Martinis Roe, Cecilia Vicuña, and Katarina Zdjelar. Islas Nuevas is a collaborative project by Maricruz Alarcón and Tanja Baudoin, who introduced the works in a conversation panel on May 3rd 2016 at the second floor of the gallery.

The project Islas Nuevas grew from a desire to show a variety of recent film and video works by an international group of artists in the context of Santiago. The works presented here each have their own particular approach to ‘time’ as either the content of the work, or as an experimental structure that determines its form. The programme includes films that reclaim odd, queer temporalities, excluded from cultural or economic regimes, films that imagine failed futures and alternative pasts; films observing the twilight on modernist architectures and monuments in contemporary cities; as well as films that reread, both intergenerationally and collectively, historical documents and political developments.

Inspired by the concept of the cinematographic interval as proposed by Vietnamese theorist and filmmaker Trinh T. Minh­ha, the exhibition features works problematizing the ways in which western societies have conceived time as a homogeneous, progressive, linear structure. The selection of works in Islas Nuevas suggest that there is not one utopia, not one story, no singular doctrine or fantasy that can sustain us, but rather an archipelago, a network or a constellation of discontinuous centers, themselves internally decentered. Through distances projected forwards and backwards, through suspensions, lapses or instantaneous thrills, these works tell stories and evoke a state­of­being in which past legacies and possible futures are considered through the prism of the current moment. Moreover, the act of showing film and video can itself be thought as an invitation and proposition to experience a shared present.

A new process of social struggle is developing in multiple places of the Ecuadorian territory since June 13, when the Confederation of Indigenous Nationalities of Ecuador [Confederación de Nacionalidades Indígenas del Ecuador – CONAIE] called for a national mobilization in order to obtain answers from the government of Guillermo Lasso, after a year of unanswered social demands.